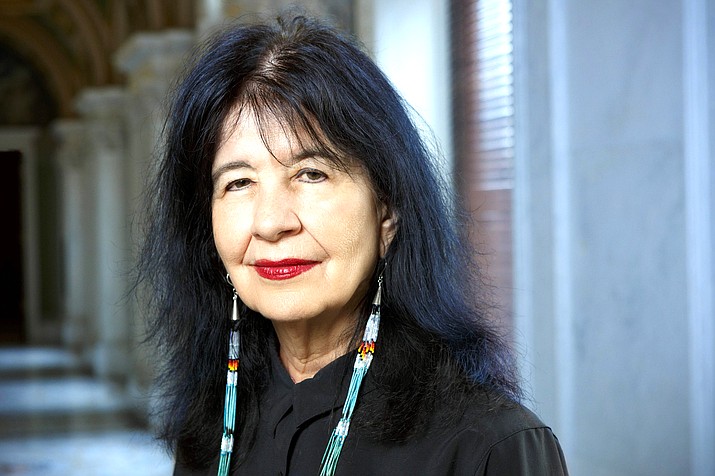 PHOENIX — Joy Harjo of Oklahoma, the first Native American woman to serve as the nation’s poet laureate, has begun her third term — an honor previously bestowed only once. Robert Pinsky was the first U.S. poet laureate to serve a third term, in 1999.

“Throughout the pandemic, Joy Harjo has shown how poetry can help steady us and nurture us,” Librarian of Congress Carla Hayden said in a statement. “I am thankful she is willing to continue this work on behalf of the country. A third term will give Joy the opportunity to develop and extend her signature project.”

That project is “Living Nations, Living Words,” a sampling of work by 47 Native Nations poets through an interactive ArcGIS Story Map, which visualizes locations and histories of Native poets in the U.S., and a newly developed Library of Congress audio collection.

“Joy is our first Native laureate, but I don’t think the historic nature of her laureateship played a big part in the decision,” Rob Casper, head of Poetry and Literature at the Library of Congress, said of Harjo’s third term. “It was really more about unfinished work.”

Harjo, a Tulsa native and citizen of the Muscogee Nation, also released her second memoir, “Poet Warrior,” on Sept. 7.

The visibility of Indigenous people has been rising across disciplines — film initiatives and increased inclusion in the political arena.

Harjo told Gaylord News that Indigenous social justice issues have evolved from her time as a poetry student at the University of New Mexico, where she completed her degree in 1976, to present day as the 23rd poet laureate and author of several works.

Harjo said she started writing about Native social justice issues as a participant, and her work has always been most often inspired by her people and justice.

“Sometimes on a bad day I think nothing’s changed at all,” Harjo said. “And then other times because I have children and grandchildren and great grandchildren and ultimately they’re all our children. When I look in their eyes I have to know … that things are changing, and that our work and our love for our people matters.”

As a symbol of positive change, Harjo singled out the American Rescue Plan Act’s historic allocation of $20 million toward preserving Indigenous languages.

Federal dollars have never before been allocated for this specific cause, so for Harjo, that acknowledgement by the federal government means that Native languages, and the cultures embedded within them, are being given the attention and support they deserve.

“When I saw that I thought that was astounding,” Harjo said. “None of us have ever seen legislation like that, that actually acknowledges that one, Indigenous people are the root cultures, and that our languages are necessary.” 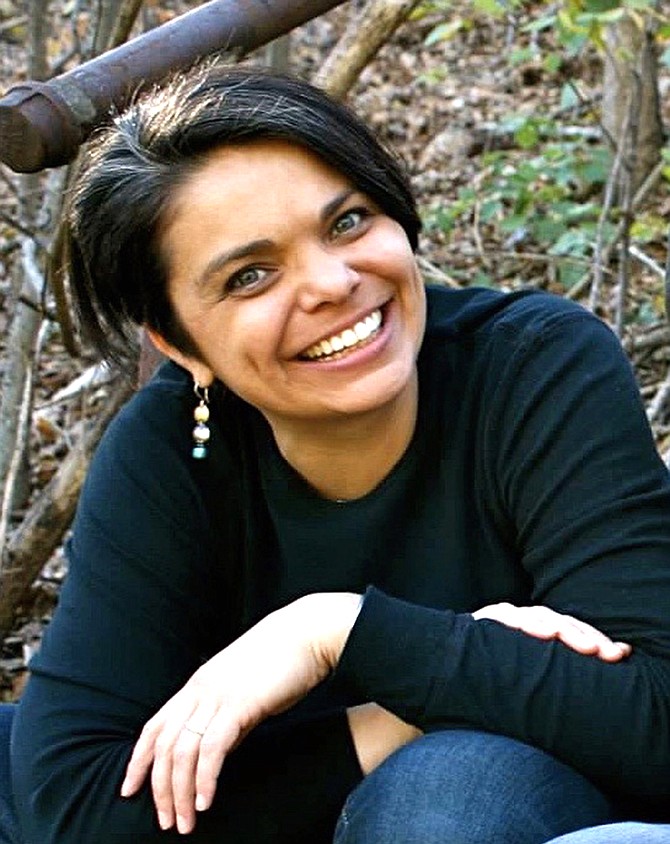 Kelli Jo Ford, a member of the Cherokee Nation and author of “Crooked Hallelujah.” (Photo by Val Ford Hancock)

She said she takes Cherokee Nation language lessons twice a week and calls them “a gift.”

“I think there are a lot of people who are hungry for the language and want to carry it into the future, especially as we’ve lost so many Cherokee speakers during a pandemic,” Ford told Gaylord News.

Ford, who is from Tahlequah, Oklahoma, said she grew up in a family where art and books were always present, so becoming a writer came naturally to her. She said language for her is a powerful medium of communication, especially in churches.

“Particularly for Southeastern tribes, Christianity has been a part of our story for a really long time,” Ford said. “And it is kind of a part of the American colonial project and assimilation and all that, but it’s also something that we’ve adapted and turned into cornerstones of our cultures and our languages.”

Harjo said poetry, like language, is all about communicating and story making, no matter what kind of work one does. Be it writing poems, songs or briefs for decisions and law, she said, it’s all the same.

Harjo said all professions carry the task of storytelling, even in the work Deb Haaland is doing as the first Native American to serve as secretary of Interior and a Cabinet member.

Haaland was a poetry student of Harjo’s when she attended the UNM from 1988 to 1994.

“I think her work in creative writing classes really helped prepare her,” Harjo said. “She’s a thinker, she’s a visionary, and it’s important she’s able to communicate that. Everything starts with an intense story.”

“During COVID, the importance of poetry has come to the surface, because it’s a way to listen,” Harjo said. “I think this position has given more visibility to Native people, and to Native poets.”

Harjo said if she could give any advice to Indigenous artists and poets, it would be a phrase that seems so simple in theory but is often so difficult in execution: Be yourself.

“As I’ve gotten older, I understand what a challenge that can be, to be yourself, because it leads to, then, who are you?” Harjo said. “Keep your grounding as you reach for beauty, or for accomplishment. Don’t hang your worth on what other people think is important.”