In June 2006, Laughter became the sole Native American to challenge the voter identification requirements of Proposition 200 before the U.S. District Court of Arizona. She was denied voting rights because she lacked an identification card aside from her thumbprint. 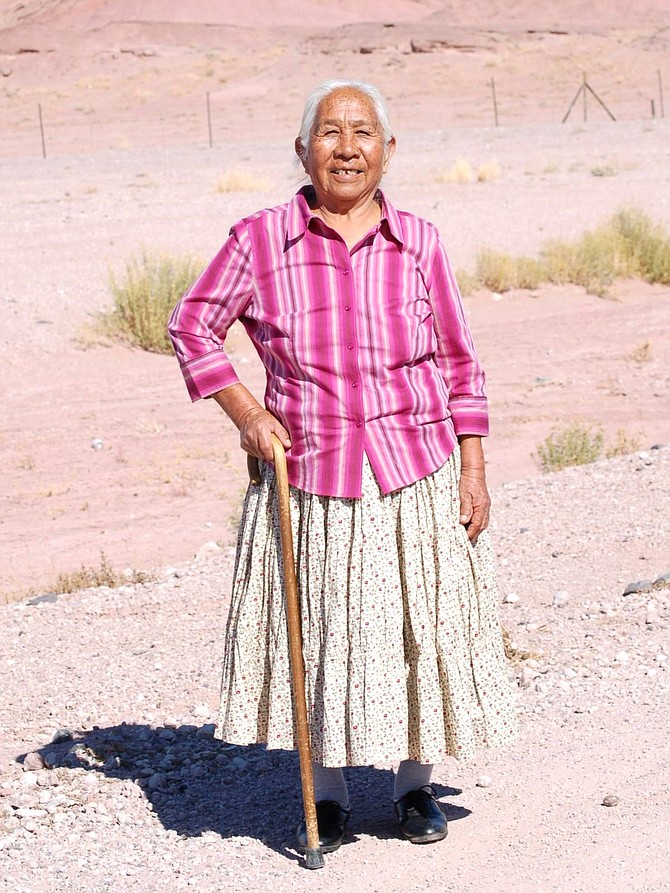 “We honor the life work of the late Agnes Laughter and the legacy she leaves behind. Future generations will remember her as a protector of our right to vote and the beautiful Navajo rugs she created. The Navajo people are grateful for her courage and send their prayers during this time to her family. Our sovereign Nation mourns the loss of our matriarch,” Damon said.

The Laughter case questioned the constitutionality of in-person voting procedures that require certain identification documents to be presented at a polling location in order to receive a regular ballot. Her case became part of a lawsuit that was settled in 2008 when the U.S. Department of Justice expanded the list of documents that may serve as tribal identification in order to vote.

According to reports from the Navajo Nation Human Rights Commission (NNHRC), around 60 percent percent of Navajo voters have trouble casting a ballot and many elders cast provisional ballots in high numbers — which are often not counted.

“Ms. Laughter reminds us of how strong our Navajo women are no matter what age. She stood up so we could be heard and reminded the State of Arizona and the United States that we are a powerful voice. We still exist and our votes matter,” said Delegate Nathaniel Brown (Dennehotso, Kayenta, Chííłchinbii’tó). “She faced ridicule and embarrassment after she was denied a ballot but her determination to fight on behalf of the Navajo people is inspiring. It is an honor to represent Ms. Laughter as a Council Delegate and our communities mourn her loss deeply.”

Laughter is a recipient of the Frank Harrison and Harry Austin Citizenship Award that recognizes her effort to strengthen voting rights for all Native people. She recalled poll workers telling her she could not vote because she did not have a piece of paper for identification.

“I felt humiliated, worthless, and as if I did not exist,” she said.

Known in her community as one of the creators of the world famous Chííłchinbii’tó Navajo rug, Laughter was only sixteen years old when Native Americans were given the right to vote in Arizona in 1948.