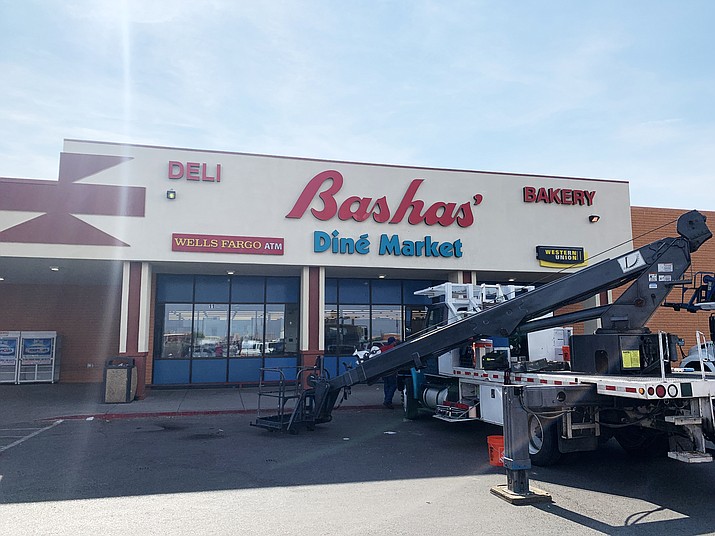 Raley’s Holding Company will assume ownership of Bashas by the end of 2021. (Photo/Bashas Dine Market)

FLAGSTAFF, Ariz. —After 89 years of serving Arizona and 40 years on the Navajo Nation, Bashas' grocery announced Oct. 1 it has been acquired by Raley’s Holding Company, an independent regional grocer based in California.

“We’ve had the privilege of serving the Navajo Nation and the Hopi reservation .. for 40 years,” said Edward “Trey” Basha, grandson of the company’s co-founder and current president and CEO of Bashas’. “It was one of the things my dad wanted to be remembered for — being able to bring grocers to that area of the state.”

According to Basha, it has been a challenging time and regional grocery competition has never been tougher.

“One of the things the pandemic did for all the small, regional grocers it showed us the importance of size and scale,” he said. “What I realized and two terms that I heard very frequently are allocation and fair share. The big manufacturers kept saying, ‘you’re going to get your fair share.’ Well then why am I running out of toilet paper, because I need more? So I think the regional grocers and Raley’s being one realized that they needed to scale up.”

As part of the agreement, store banners, employment and operations across Arizona will continue without change or interruption, including Bashas’ Diné Markets.

Basha went on to say that Raley’s mission closely aligns with Bashas’, which was important to the company and family.

“We started to get to know them and most importantly who they were and their culture,” he said. “Frankly, their culture mirrored ours. They call their employees team members, we call our employees members. They value their members the way we value our members. They give back to the community… we felt they were the best fit to take care of our people and our customers and the communities where we have stores.”

Keith Knopf, president and CEO of Raley’s Holding Company, said the company was humbled to assume stewardship of the Bashas’ organization.

“Raley’s history of respecting the legacy of the brands we acquire assures continuity for Bashas’ customers, employees, and business partners and, on behalf of our 13,000 employees, I want to welcome Bashas’ team members to our organization,” Knopf said. “The Bashas’ company is strong and well-positioned in the market. We are confident that with our robust digital capabilities and combined purchasing power, we can further enhance the overall customer experience.”

• Bashas’ will continue to serve customers across Arizona and New Mexico and its Tribal Nation Partners, including the Navajo Nation, White Mountain Apache, San Carlos Apache, and Tohono O’odham.

• Bashas’ will be a fully formed operating company within the Raley’s enterprise and will maintain its corporate headquarters, stores, and distribution center in Arizona.

• The transaction will protect the store banners customers know and love with no changes to local store leadership.

• There are no planned changes to employee roles, compensation or benefits as a result of the transaction.

“While the Basha family will no longer have ownership roles, we look forward to seeing the business thrive for generations to come,” Basha said.

The transaction is expected to close by the end of 2021.

Raley’s is known for its high-quality, affordable products, personalized service, and commitment to making healthy foods more accessible to everyone.

The organization has approximately 13,000 employees. More information is available at www.raleys.com.