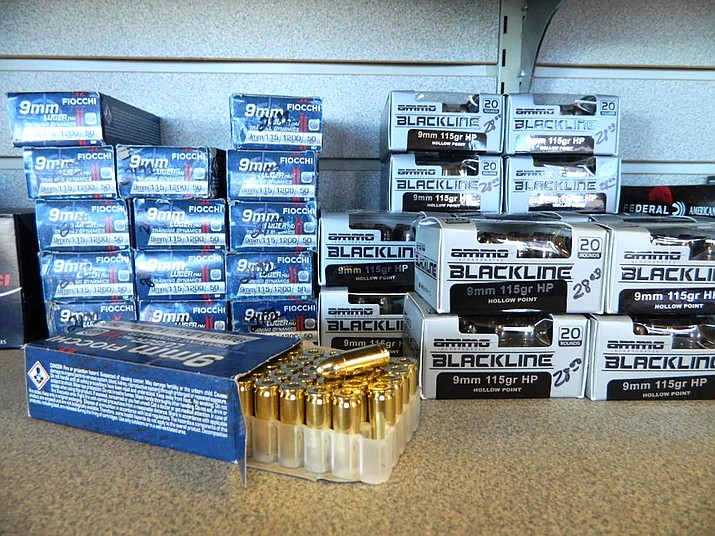 Boxes of ammunition sit waiting to be sold at Nichols Sportsman in Holbrook, Arizona. (Photo courtesy of Bernie Dotson)

HOLBROOK, Ariz. — Recent events and the coronavirus pandemic continue to fuel a shortage of firearms and ammunition as people find near-empty shelves at gun stores.

“Yes. I would say there is a definite shortage of ammunition,” said Liz Nichols of Nichols Sportsman in Holbrook, Arizona. “The shortage is not just here. It’s everywhere and it’s all kinds of ammunition. I think in the beginning, people got scared and started buying to stockpile. And politics figured into it, also.”

Ongoing supply chain issues from manufacturer to distributor have become a major concern heading into the holidays and deer and bear hunting season. But they're not new. Throughout the pandemic, a boom in sales has led to a shortage of both guns and ammunition.

“It just grew to a point where I found it hard to be able to find what I wanted whether it be guns or ammunition," said Joseph City resident Bill Samuels. “There are times when I think about starting my own gun and ammo business, because lately I just haven’t been able to find enough of what I need.” 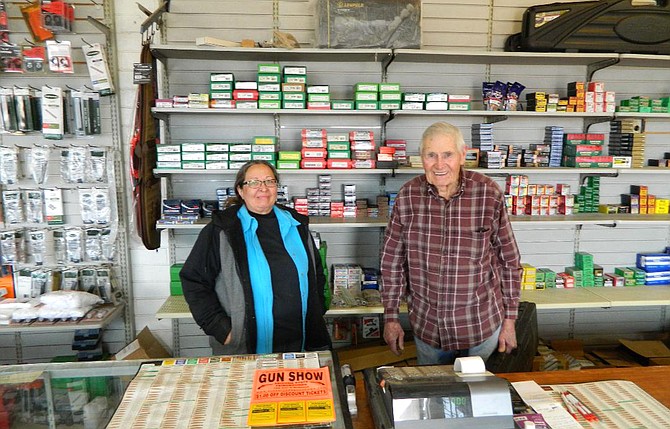 Liz Nichols, and her father, Ron, 82, own and operate Nichols Sportsman in Holbrook, Arizona. The two say there is a definite shortage of ammunition that is happening locally and across the country. (Photo courtesy of Bernie Dotson)

According to some, the problem can be attributed to several factors — the COVID-19 pandemic, civic unrest and fear of stricter gun control laws.

Each triggered panic buying, with gun owners flooding stores, leaving the shelves practically empty, according to some gun shop owners.

“We've started to ration it (ammunition) because we want to give everybody the opportunity to have something,” Nichols said — who operates the store with her father, Ron.

Nichols pointed out that the store is located off Interstate 40 and a lot of people come in from traveling the highway.

"Because of COVID-19, the suppliers of primers, powder, casings and things like that, there was a backlog of that stuff. So it's the ideal situation in regards to why the ammo shortage started,” she said.

According to the National Shooting Sports Foundation, there were 8 million new gun buyers last year.

Ed McCombs said he recently watched as employees unloaded a shipment of .270 Winchester hunting cartridges at a reloading store in southern Utah.

A Republican and gun enthusiast, McCombs believes liberal politicians want to take away peoples’ Second Amendment rights granted by way of the U.S. Constitution. The amendment spells out the right to keep and bear arms.

An avid hunter, McCombs said he knows friends who stop at gun shops or outdoor stores while traveling to check for ammunition.

“It’s the supply on one end and the demand on the other,” he said. “You got to throw this COVID-19 thing in there, too.”