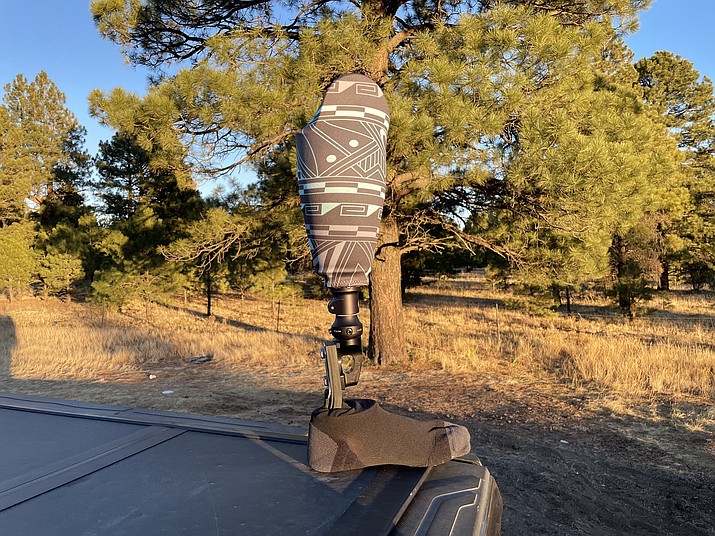 Duane Koyawena designed the leg socket for Next Step Prosthetics, which specailizes in serving people in northern Arizona and on the reservations, who often suffer limb loss because of diabetes. (Photo/Mike Kayser)

Michael Kayser, of Next Step Prosthetics, wants to make it easier for people, particularly those on the reservation who suffer the effects of diabetes, to get a prosthetic if they need one, and to make sure people don’t slip through the cracks because of access.

While striking out on his own six months ago has been nerve-wracking, Kayser said he wants to help people like the 25-year-old who had an amputation in Flagstaff and was never referred for a prosthetic. Everyone along the way just assumed someone else would do the job.

“So this young kid is in a wheelchair for a year just because there was no awareness where he should go, what companies are out there,” Kayser said. “I’m just so shocked that he slipped through the cracks. How did no one notice along the way? He was a total candidate for a leg.”

That’s where Next Step Prosthetics comes in. 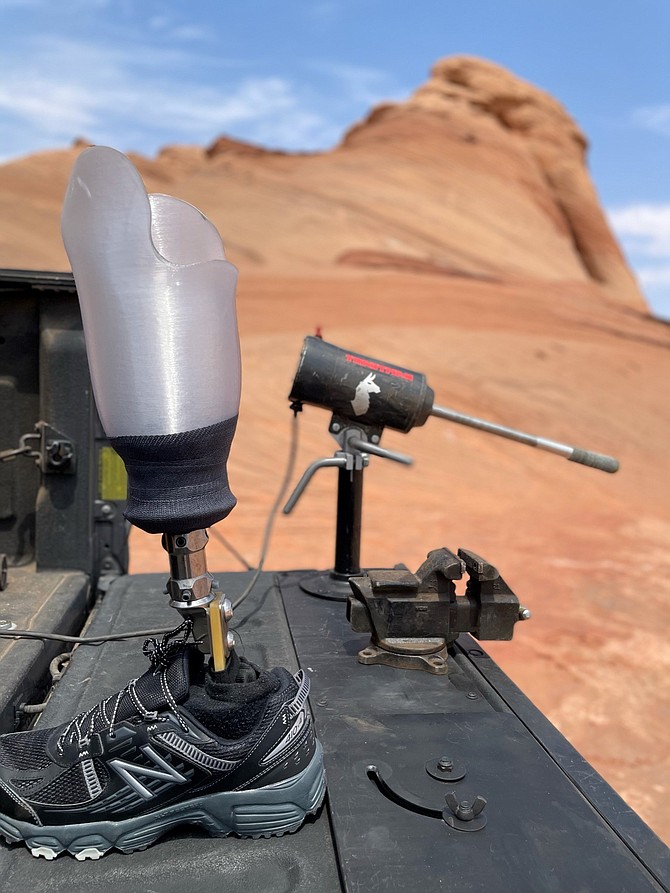 Kayser has been in the field for eight years. His work focuses on both pediatric and adult patients. While he was working at a bigger company, he thinks the focus he can give his patients now, works better for them and him.

“The big thing that sets us apart is that I have everything I need to make the leg ... in the back of my car, so I can go to your house, I can go to the reservation and go to all these places," he said. "Just think how hard it is for a patient who’s lost a limb, who may or may not have help at home, getting transport into Flagstaff [because] that’s the only place you can go.”

Normally, Kayser explained, the process of getting a prosthetic leg can take three or four visits where a patient gets evaluated, and a casting and fitting — it usually takes quite a bit of a time commitment. Kayser said the socket that hooks onto someone’s leg is the part that is customized and generally is where a lot of time is spent.

Kayser now takes a 3D scan on his phone of their leg and with a 3D printer he can print the leg in three hours.

“It went from a month or so to a couple of hours making a leg,” he said. “It’s wild how well it works. It’s so cool. I almost feel like I’m cheating. It makes the process so easy. And the cost is so much less. Maybe the cost of the socket is a thousand dollars and I can print it for $12. The rest of the leg is expensive, but this cuts down on the cost and cuts down on the time.”

Kayser also has a 3D file of their leg for any future adjustments. And with the mobile unit in the back of his car, he can come to people instead of making them come to him.

“It’s much easier for me to come to you,” he said. “I go all over to people’s homes and see them, which has been a tremendous resource and well-received.”

Kayser said the reservations are under served in this area and he wants to change that.

“I see patients from all walks of life, but it’s definitely an area that I was more passionate about starting this and focusing in on up there,” he said.

Getting the information to people who might need it is one of Kayser’s goals.

“This isn’t something you even think about until you need it and it’s such a huge life-changing thing,” he said.

Kayser said his company started an amputee support group that meets once a month.

“We started the support group so that kind of thing doesn’t happen and so you can be part of a community and bounce ideas off of each other like ‘Is this what happened to you?’ or ‘What do you do in this situation?’ Or questions they may have, things that I can’t even answer for them because I’m not an amputee. That’s been really good.”

Kayser said people can always get generic patterns on the prosthetic, like camouflage or flames, but there wasn’t anything that was very culturally specific. 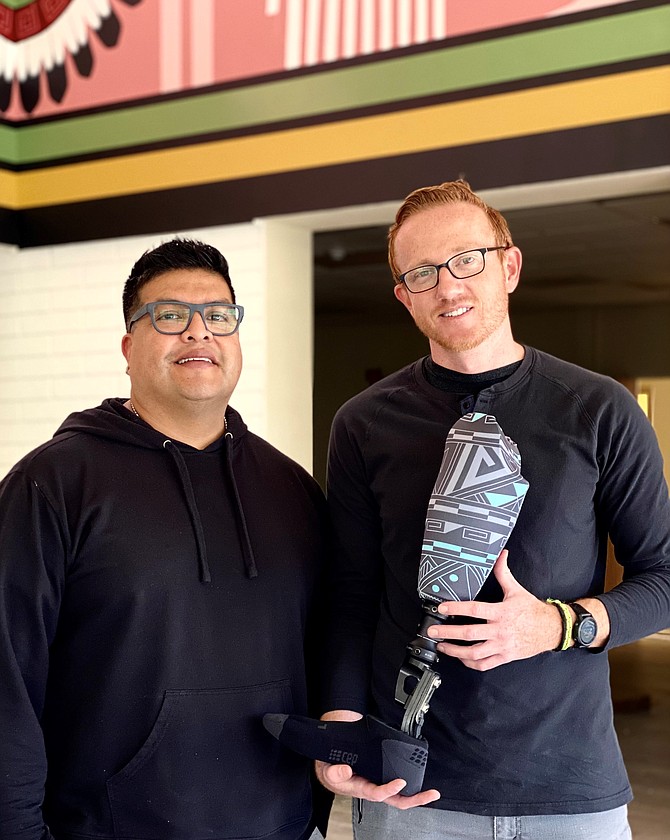 “I just had an idea, wouldn’t it be cool if there was something specific that patients could personalize,” Kayser said.

Koyawena said he’s painted on many different canvases and he thought the idea was a good one.

“The whole concept of who [Mike] was trying to help and aiming at, I thought it would be a really neat thing to customize a prosthetic with a Hopi design,” he said. “If a Hopi individual who needed a prosthetic would be able to have those designs and represent themselves a little bit better on a more personal level, I thought that was a neat concept.”

Koyawena said because he designs apparel people ask if it’s ok for them to wear a Native design if they are non-Native. He sees it as a way to continue sharing his culture.

“As far as the Hopi side of it…the whole thing behind Hopi and I share this a lot is Hopi definitely does stuff not just for the reservation, but for the entire world,” he said. “Our prayers, our direction, our lifestyles is geared for the individual to live a good life and for the world to be a good place. If somebody who was Caucasian got a prosthetic with this design, it would be perfect.”

Diabetes is the cause of most amputations on the reservations

While some people think of veterans when they think of amputations, Kayser says the people he is making prosthetics for are those suffering the consequences of diabetes.

According to the U.S. Department of Health and Human Services Office of Minority Health, American Indians/Alaska Native adults are almost three times more likely than non-Hispanic white adults to be diagnosed with diabetes. Amputations are the result of the loss of circulation and blood flow to the lower extremities, mostly, Kayser said.

“Unfortunately, it’s a large population,” he said. “Very rarely, it will be someone who was hit by a motorcycle and lost their leg. It’s vascular diabetes complications.”

Kayser says his business is almost all legs, either above or below the knee.

And now he just wants people to know Next Step Prosthetics is available for people who need help and insurance like IHS and Medicare cover the cost usually.

“There’s a company [here] that will make your prosthetic leg. They’ll go to you. They’ll do all the foot work,” Kayser said. “It’s never not covered by insurance. People have that misconception that they can’t afford it. That it’s expensive. But it is covered unless you’re just not a good candidate for it.”

More information is available at www.nextsteppx.com/ or by calling Kayser directly at (928) 255-8665.