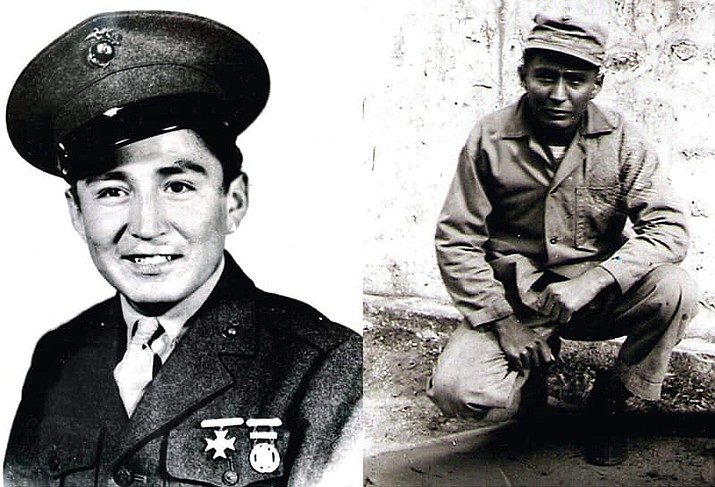 On Nov. 5, Navajo Nation President Jonathan Nez issued a proclamation calling for all flags on the Navajo Nation to be flown at half-staff Nov. 10 to remember Diné World War II veteran Bennie S. Cowboy, who passed away Nov. 2. (Photo/Office of the President and Vice President)

Flags across the Navajo Nation will be flown at half-staff Nov. 10 to honor and remember the life of Diné World War II veteran Bennie S. Cowboy, who passed away Nov. 2 at the age of 95.

Cowboy served in the U.S. Marine Corps with the 6th Marine Division, 22nd Marines, 3rd Platoon, C-Battery, during the World War II South Pacific Campaign as an accomplished Marksman. He was wounded in Okinawa in March 1945, and honorably discharged. He returned to the Navajo Nation following his honorable discharge to support his family.

Cowboy is Tó'aheedlíinii (Two Waters Flowing Together) and born for Bit'ahnii (His Sheaves under His Cover Clan), and he was born in Naalini, located northwest of Pinedale, New Mexico. 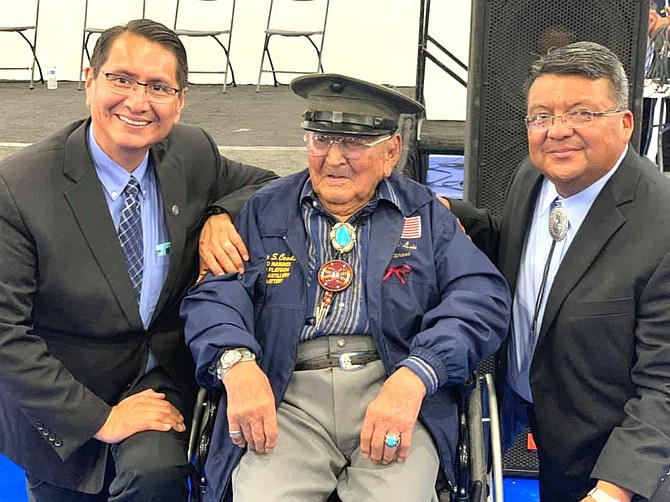 “As we mourn the loss of our Diné warrior, Bennie S. Cowboy, we also honor and remember all his great sacrifices for our Navajo people and the United States,” said Navajo Nation President Jonathan Nez.

“He was a loving and devoted husband, father, and grandfather who cherished his family. We pray that his family takes comfort in knowing that he is now with God at this time,” Nez said.

“We honor and give thanks for the life of Bennie S. Cowboy. Despite being wounded in battle, he persevered and built a legacy for his family while giving back to his community. I had the honor of knowing Mr. Cowboy for many years,” Yazzie said. “To his family, we offer our condolences as we pray for strength for his loved ones.”

“In every aspect of his life, he was a loving and compassionate person who cared greatly for his family. We ask all of our Navajo people to keep his spirit and his family in your prayers,” Lizer said.

On Nov. 5, Nez issued a proclamation calling for all flags on the Navajo Nation to be flown at half-staff Nov. 10 in honor and remembrance of Cowboy