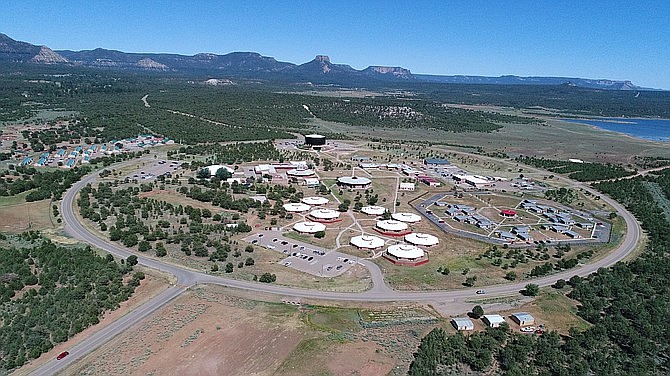 TSAILE, Ariz. — Isolating at home because the coronavirus has helped a lot of people to try something new. And a group of science students at Diné College are way ahead of most of us.

They, along with a supervisory professor at the college, recently published three peer reviewed research papers on cancer and the effects of the decease on Indigenous peoples.

“We did this project to get a better understanding of how cancer and other diseases have had a higher impact on the indigenous than other groups,” said Joseph deSoto, Ph.D., the Diné College professor of pharmacology and microbiology, who oversaw the project.

DeSoto is also the editor in chief of the Journal of Advanced Biochemistry and editor of the Internal Medicine Letter and Journal of Virology Research.

“These studies were retrospective analyses of cancer clinical trials in the United States,” he said.

“The therapeutic interventions to treat cancer are determined by the outcome of clinical trials which seek a high efficacy and low toxicity for a particular cancer treatment,” DeSoto said. “The efficacy and toxicity are determined by the interplay of the medication with an individual’s biology which differs even within a particular ethnic group. These differences are magnified between ethnic groups, hence, clinical trials that only include one ethnic group may not be generalizable. This means the treatment may not work as well in various ethnic groups and even be toxic or deadly.”

DeSoto, who has developed two new treatments for cancer, added that in Yazzie’s paper only two Native Americans could be identified out of half a million clinical trial participants for colon cancer.

The next research project will be on health disparities of mental illness intervention.

“I am proud of my students to sacrifice so much of their time and effort for the betterment of the Navajo Nation,” DeSoto said.