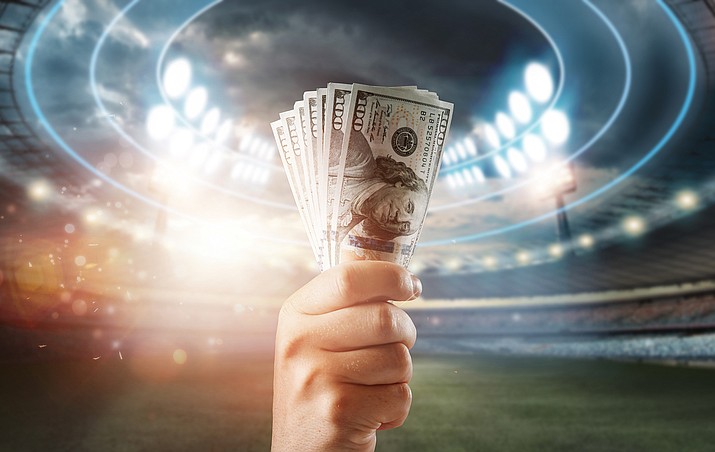 If passed, a new Arizona bill would allow betting on professional and college sports at sites owned by pro sports teams and at tribal casinos. It would also allow gambling on fantasy sports and new Keno games at horse race tracks and fraternal organizations. (Stock photo)

PRESCOTT, Ariz. — The Yavapai-Prescott Tribe has restarted its development plans for a new tribal casino to be tentatively located on the tribe’s federal trust land at the intersection of Highway 69 and Yavpe Connector.

“The first phase of development will begin within the next month and will consist of soil tests and other preliminary site work by the project’s general contractor, Kitchell Inc.,” the tribe stated in a news release.

The site is on the northeast corner of the junction of 69-Yavpe, across the street from the tribe’s Frontier Village Shopping Center.

“The gaming market in Arizona is changing and the tribe is preparing for the future,” said Bob Ogo, president of the tribe’s Board of Directors.

“Our two existing casinos, Yavapai Casino and Bucky’s Casino, have served the quad-city market for over 25 years,” Ogo added. “The casinos have provided secure, well-paying jobs for over 300 local employees, many of whom have been with us for over 20 years, as well as funded many worthy non-tribal charitable and civic community projects from the tribe’s gaming revenues for the past 20 years that have benefited the Prescott Valley and surrounding communities.”