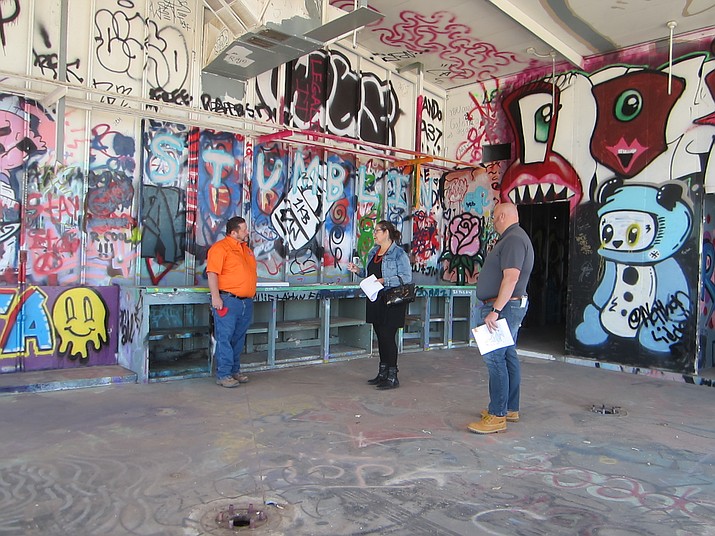 FLAGSTAFF, Ariz. — The Coconino Board of Supervisors unanimously turned down a request for a zone change that would have made a luxury glamping resort at Two Guns, Arizona a possibility finding that the project didn’t meet the criteria for the change. 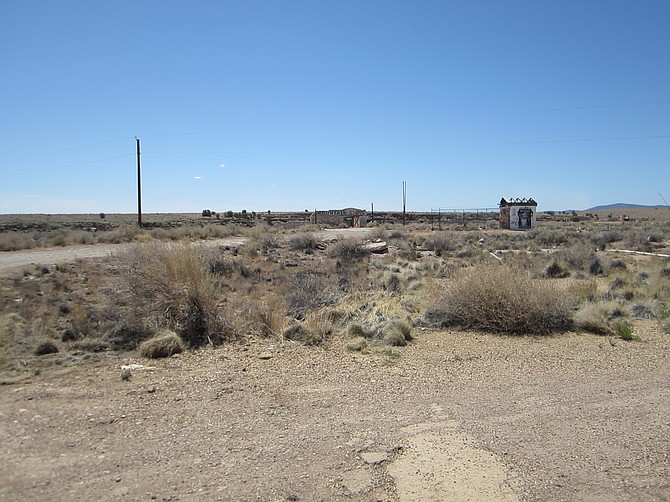 The Two Guns property lies 30 miles east of Flagstaff and is located on the east rim of Canyon Diablo. In its time, it was a tourist stop along Route 66. (Katherine Locke/NHO)

In addition, while Gunderman had dropped all Native American themes from his project, which included teepees, Hogans, a Native market and a memorial to Native Code Talkers — by the time the board voted, Native people in the area continued to state their objections to the project.

While one tribe, the Fort Mohave Indian Tribe, said the project would not adversely affect it, the Hopi Tribe sent a letter opposing the project.

Thomas Walker Jr, a Navajo council delegate for Leupp, Birdsprings, Tolani Lake, Cameron and Coal Mine Canyon chapters, said he wrote a letter opposing the project and said he had heard from his constituents about the project.

“The commercializing, stereotyping and mimicking of Native American cultures in the project, the use of that in the project or business enterprises, we were very much bothered by that and concerned,” Walker said. “While tonight you are considering a different plan, that doesn’t excuse the original plan, which we deemed as cultural appropriation.”

Supervisor Judy Begay said she thought the developer should rethink the use of the Conestoga wagons because of their historic impact on Native Americans, which many members of the public agreed with.

The project’s website said the wagons would evoke nostalgia for the Old West ambiance, comfort and convenience and would be a popular lodging option.

“For many Native Americans, there is nothing good or nostalgic about covered wagons or the land rush, or the Gold Rush that decimated our communities,” said Amy Saldinsky during the public comment period. 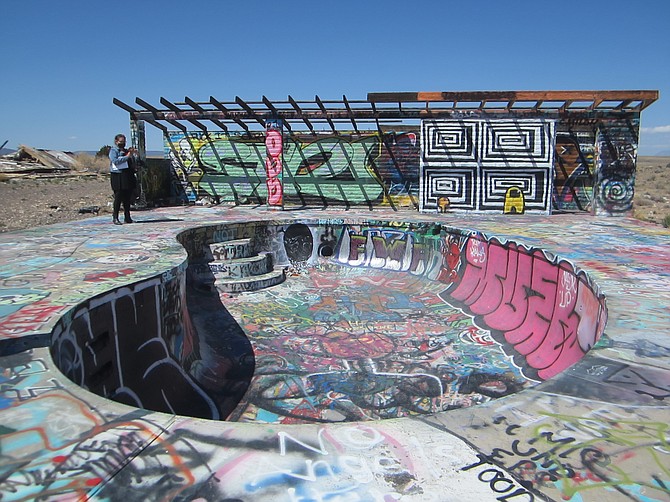 The Two Guns property lies 30 miles east of Flagstaff and is located on the east rim of Canyon Diablo. In its time, it was a tourist stop along Route 66. (Katherine Locke/NHO)

Ed Klein, a civil engineer from Chandler said he works on projects like this but, in his opinion, this project was not supported by the community it wanted to represent.

Additional comments, specifically by Diné, stated the area is where they still gather medicinal plants and stated the project would alter the landscape and surrounding areas in an adverse way.

There were also safety considerations from the board and the community, including the provision of fire services to the area.

Gunderman said there would be a combination of on-site services and Twin Arrows could help provide fire related service, however, there was no official agreement in place.

The Winslow Fire Department Fire Marshall said Winslow would not provide fire and emergency services for the project.

Additonally, board supervisors said in December 2020 that an archaeological survey should be conducted, but by the time of the board meeting, that survey had not been conducted.

Gunderman said one of the goals of the project included preserving the rich history of the area and said he was disappointed that the project was misunderstood.

“It is sad to think about everyone who opposed the Two Guns Resort Project really didn’t understand or want to understand what we were about nor did they want to sit down and discuss how we could have worked together and become a family,” Gunderman said in an emailed statement to the Navajo-Hopi Observer.