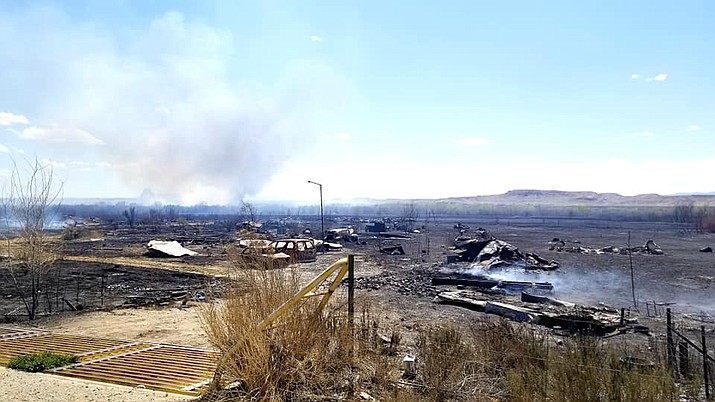 SHIPROCK, Ariz. —Multi-agencies, including the BIA Wildland Fire Management - Navajo Region, responded to the Salt Creek Fire last week. As of May 4, the fire was 95 percent contained and had burned 422 acres.