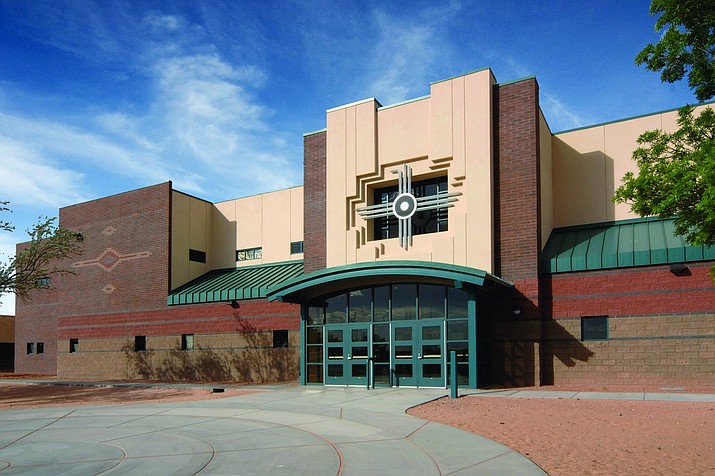 Tuba City Unified School District announced some of its schools will open for in person learning in March. (Photo/To'Nanees'Dizi Local Government staff)

TUBA CITY, Ariz. — On March 13, 2020, Tuba City Unified School District (TCUSD) went on its annual spring break. Children eagerly left school that Friday looking forward to a week off with no homework, tests or long hours of sitting in a classroom.

Who knew that this would be the last day any of them would step foot in a classroom for the remainder of 2020.

That same day Navajo Nation President Jonathan Nez issued an executive order declaring a state of emergency in the Nation because of the COVID-19 pandemic, essentially closing the Nation, including all schools and educational facilities.

One year later — and nine months of virtual learning — TCUSD has reopened its doors to in-person learning.

On March 22, 29 Kindergarten through fifth-grade students marched to their classroom for the first time in 53 weeks. The very next day 47 students showed up to in-person instruction.

Tuba City Elementary was the very first school in Tuba City to open its doors to in-person learning.

Now, both Tuba City Junior High and Tuba City High School are preparing to do the same.

This decision was made after a TCUSD special school board meeting March 16, where it was decided that grades Kindergarten through fifth grade would be the first grades to return to in-person schooling with the option for virtual learning while TCJH and TCHS continued with remote learning.

TCUSD – which had been applying for waivers from the Navajo Nation Department of Diné Education (DODE) to remain under virtual learning orders, per the Navajo Nation – is no longer eligible for the waivers because the Nation rescinded the stay-at-home order and implemented the safer at-home order.

“Since August (2020) we have been applying for the waiver,” said Risha Vanderway, superintendent of TCUSD. “We are a public school on tribal land. We have to abide by Arizona Department of Education guidelines. The waivers from the DODE allowed us to remain virtual under President Nez’s executive order. (Because) the Navajo Nation rescinded the stay-at-home order, we cannot, by law, apply for the waiver. With the Navajo Nation withdrawing that order, schools have to reopen.”

“We are offering in-person learning with the option of distant learning,” Vanderway said. “Parents always have a choice. We are not forcing parents to send their kids to school. We are opening our doors, but parents have a choice.”

Currently, the Navajo Nation has seen its lowest levels of COVID-19 transmission rates since September, with 0 cases over a 24-hour period and 0 deaths reported March 22.

Tuba City Regional Health Care Corporation’s COVID-19 Dashboard reported eight cases in the TCRHCC Service Unit in 7 days, and a transmission rate of 28/100,000 people, implying that Tuba City is not only ready to transition into the Yellow Phase, but also has numbers that would allow the service unit to move into the Green Phase.

“It is great that the vaccination program and the community acceptance has decreased cases so dramatically that we are in the yellow zone approaching the green zone for reopening gating measures,” said Dr. Diana Hu, pediatrician at TCRHCC. “There is lots of evidence this will be safe if the families assess the risk appropriately before sending (students) to school and the school enforces masking, social distancing, hand hygiene and vaccination of the adult staff.”

Hu said additional evidence has been seen that disparities in education have been accentuated by the pandemic, and the willingness of the school staff and community to resume in-person school based on the science and (epidemiology) is to be commended.

Vanderway strongly affirmed that while the school has been ordered to provide an in-person learning option, safety is a top priority.

“The most important thing to me is safety. We are going to do everything we can to develop mitigation strategies that support the safety of our students, teachers, and staff,” she said.

“These protocols are living documents, meaning that although they are solid, they will also be adaptive,” she said.

Vanderway and her team have been working nonstop since this pandemic started. From day one, their leadership team has taken the safety and wellbeing of their students and staff seriously, she said. Vanderway noted that she’s been at work every day, including some weekends.

“There’s been a lot of late nights working on strategies and protocols,” she added.

The TCUSD Reopening Plan, including protocols for students and staff are available at www.tcusd.org/covid-19-resource-center.