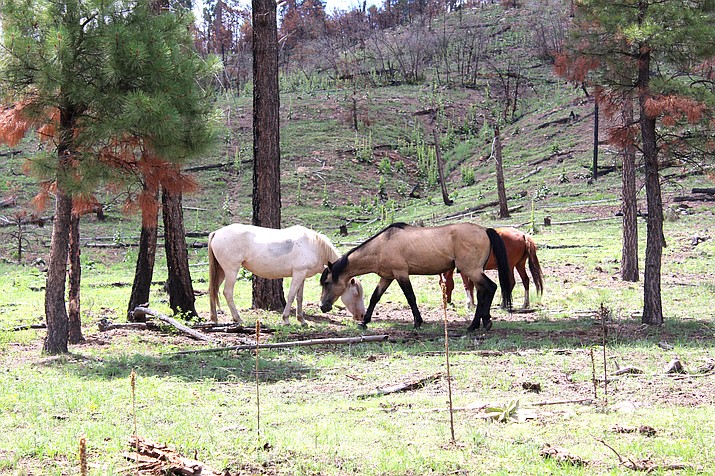 PHOENIX (AP) — The U.S. Forest Service has entered its final stages of public comment in its plans to remove or sterilize more than 300 wild horses in eastern Arizona.

The federal agency has given the community near Heber until late April to weigh in, the Arizona Republic reported March 28.

The Heber horse herd are the only horses in the state with their own dedicated territory, which was established in 1973. The herd was placed under a federal court order of protection in 2005.

But a plan from the Apache-Sitgreaves National Forests proposes reducing the herd’s size from about 420 horses to no more than 104, the newspaper reported.

Apache-Sitgreaves National Forests leadership has argued that the current amount of horses poses a threat to the resources in the area and creates conflicts with landowners.

The proposed plan would allow officials to give female horses contraceptives to limit the population. The federal forest service has said that killing horses is not a part of its plan, but the draft plan includes guidelines to use euthanasia.

There will be a 30-day comment period that will last until April 22, after which a final decision notice will be issued. As of March 26, there have been more than 1,200 public submissions, with a majority asking that the horses be left alone, the newspaper reported.

“The number of horses you plan to leave is too small for them to survive there and your calculations do not take in account all the land the horses use including reservation land. Please stop pleasing only special interests and do what is best for wildlife, wild places and Americans,” one of the submissions read, according to the newspaper.