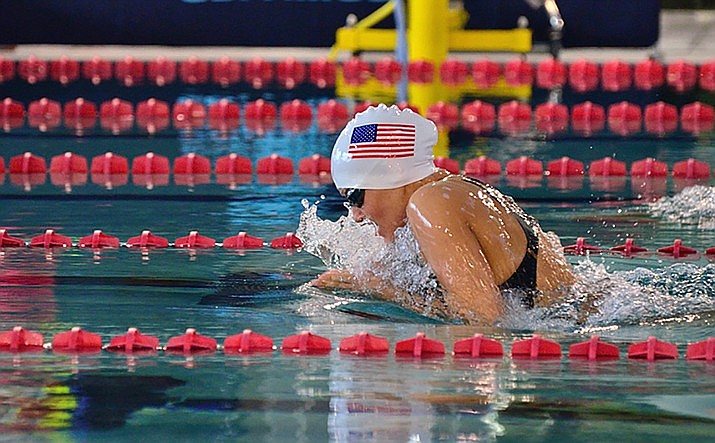 PRESCOTT VALLEY, Ariz. - Sgt. 1st Class Elizabeth Marks of Prescott Valley is training for the 2020 Summer Paralympic Team Trials for swimming. The Paralympic Games were originally scheduled for August 2020 but were postponed to August 2021 because of the COVID-19 pandemic.

Marks is a combat medic, but also a heavily decorated Paralympic swimmer, Pat Tillman ESPY award winner, and a 2017 Army Woman’s Hall of Fame inductee. She credits all of this to her mentors, her brothers and sisters in arms.

Marks’ story, which is apropos during Women’s History Month, gives proof to Chief of Staff of the Army James McConville’s comments that people are the Army’s No. 1 priority. 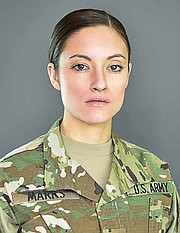 The armed forces have always influenced Marks’ life. Her father is a Vietnam veteran who worked with Veterans Affairs and as a teenager she attended an at-risk youth academy where she fell in love with the military.

“The staff of Arizona Project Challenge were all National Guard or prior service members,” Marks said. “Going to that academy solidified my need to give back to the military community.”

Marks originally wanted to be an infantryman like her father and most of the staff at her academy, but when she joined the Army in 2008 that was not an option available for women.

“I told the recruiter, ‘OK, what is the closest to that?’ and they told me about combat medics,” Marks said. “My father had talked very highly of Naval Corpsmen, (similar to Army medics) so I went for it.”

Marks immediately fell in love with her job, and the fellow soldiers she served with became her family. Things took a turn when Marks was injured while on assignment in Iraq.

“No one expects to be injured. It is one of those things that no one thinks will happen to them,” Marks said.

Marks was sent to Brooke Army Medical Center for recovery, and it was at this point she discovered her passion for swimming.

“I met Chanda Gaeth at the pool,” Marks said. “She was a veteran and a swimming coach with the adaptive sports program. She was incredibly helpful, and she encouraged me to keep fighting.”

Marks also discovered the U.S. Army’s World Class Athlete Program during her time in the pool. She suddenly had two goals: being declared fit for duty, and becoming a Paralympic swimmer in the Army.

“I had a lot of people tell me it wasn’t possible to come back. The more I heard that the more I wanted to be back. It made me want to show them what I could do,” she said. “Gaeth told me to keep going even when they told me there were no other Paralympic swimmers in the Army. She understood what it was like to be underestimated.”

Then the day came: Marks was declared fit for duty and could continue her Army career as a combat medic. Soon after, she received more good news, she was named the Army’s first Paralympic swimmer with the World Class Athlete Program.

“These moments were special for me,” Marks said. “Not only did I get to stay in the Army, but I got to pursue a whole other passion I would not have discovered if I wasn’t injured.”

Marks attributes her successes to those who have helped her along the way. This includes the medical professionals who have cared for her, the WCAP staff, her mentors throughout her career, and her fellow servicemen.

“Every time I compete and chase a new goal it is because of the people who helped lift me up when I was down,” said Marks, who is from Prescott Valley. “They didn’t need to help me but they did and they encouraged me. I feel indebted to them.”

Marks is currently training for the 2020 Summer Paralympic Team Trials for swimming. The Paralympic Games were originally scheduled for August 2020 but were postponed to August 2021 because of the COVID-19 pandemic.

“This past year has made us get creative with training,” Marks said. “We had to think outside of the box and I had a lot of fun with that. Now I am getting in as much quality training as possible.”

The combat medic’s next big competition to prepare for the trials is the 2021 World Para Swimming World Series in April. It is an important competition for the U.S. Paralympic swimming team selection procedure.

Marks is continuously making history in the Army and the Paralympic world and has no plans to stop anytime soon.

Brittany Nelson is with the U.S. Army Public Affairs Office.