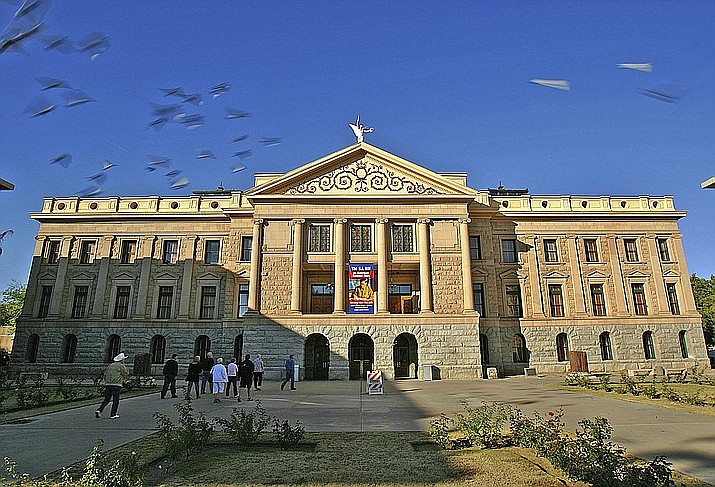 PHOENIX — Financial help may be in sight for recent high school grads who find themselves a few bucks short of what they need to go to community college.

Without dissent, the Senate Education Committee on Tuesday, March 23, agreed to set aside $10 million for scholarships designed to provide what its sponsor calls the “last dollar’’ needed that will make a difference between post-secondary education and none.

But Rep. Aaron Lieberman, D-Paradise Valley, said HB 2638 is about more than just aiding students. He said the COVID-19 outbreak has sharply cut enrollment at community colleges throughout the state. And Lieberman said he figures that can be reversed by getting more students in the classroom.

HB 2523 had cleared the House last month on a 57-3 vote. But to date it has not gotten a hearing in the Senate Appropriations Committee where it is assigned.

The new version seeks to get around that by taking the language and stripping it on to an unrelated measure on school expenditures that already had cleared the Senate. That means if the now-revised SB 1453 is approved by the full House — and there’s no reason to expect that won’t happen, given the prior vote — it then goes back to the full Senate for up-or-down review, bypassing the ability of any committee or chairman to kill it.

The problem, Lieberman said, starts with data showing that community college attendance statewide is down by about 40,000 from pre-COVID levels.

He said this isn’t simply about putting more bodies in seats to generate revenue.

HB 2638 is targeted specifically at anyone who graduated from an Arizona high school last year or will graduate this school year who, for the moment, is not going to college anywhere “to find those missing students, get them back enrolled.’’

Most importantly, he said, they would get up to $3,000 toward the total cost of a year of schooling.

To be eligible, someone would have to qualify for a federal Pell Grant. These are available to anyone with family income less than $50,000 but are generally reserved for those below $20,000.

Lieberman said these grants, with varying amounts up to about $6,500, can help with tuition. But he said what students ultimately get — Pell Grants can be less than the maximum — may not be enough to cover not just tuition but other costs, ranging from books to the cost of getting to and from school.

And that, he said, can be the difference between a student going to college or not.

Lieberman figures that $10 million is the most he can seek and get approved. But he figures it could help about 3,000 students a year and train them for the jobs Arizona employers need.

“It is really desperately needed to help fix that kind of broken pipeline,’’ he said.

One thing that is helping build support is that the legislature has curtailed state aid to community colleges.

Some of that was strictly to balance the budget. But Sen. Paul Boyer, R-Glendale, noted that while there are still some unrestricted dollars flowing to rural community colleges, there has been no such aid to the Pima and Maricopa systems.

Sen. Sally Ann Gonzales, D-Tucson, said she knows why: “It all was political.”

Gonzales said some Republican lawmakers were peeved because those two community college systems had agreed to let “dreamers’’ pay the same tuition as others who qualify for resident status.

That differential existed until the Arizona Supreme Court declared the practice illegal. But even the current budget proposal by Gov. Doug Ducey provides no operating state aid to the two largest systems.

“It’s targeting individuals and helping them better their lives,’’ he said.

He said that much of the debate at the Capitol is about funding institutions.

“Well, the purpose of funding an institution is to fund the individuals to achieve that educational goal,’’ Pace explained. “And a bill like this specifically approaches that task.’’

Boyer said the legislation could also help those who ultimately want to go on for four-year degrees but, for whatever reason, get their start at a community college. Boyer said he’s an example of that, having done a year at Pima Community College and a year at Paradise Valley Community College before going to Arizona State University.

The measure still needs approval of the full Senate.