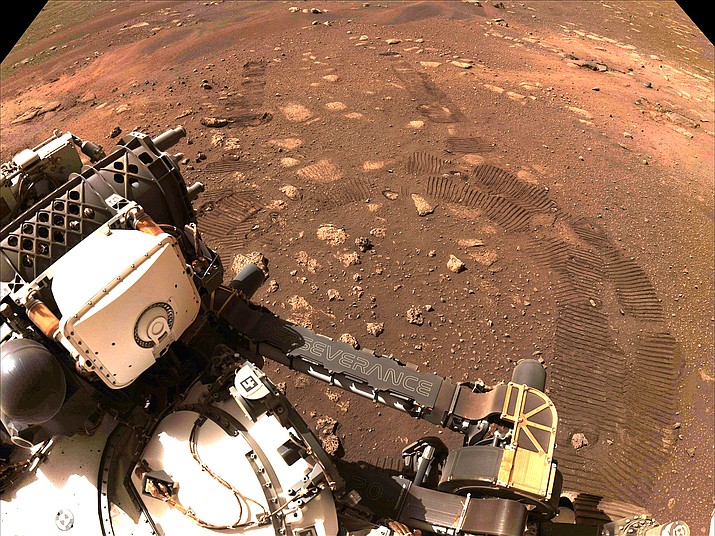 Native people have had ties to land in North America since time immemorial. Now that connection is expanding to the cosmos.

The Perseverance Rover has been on Mars for nearly a month, collecting data and making discoveries with each passing day.

A number of the findings, through a collaboration with NASA, have been catalogued in Diné Bizaad, the Navajo language.

The Perseverance team started with a list of 50 words and will expand the list as needed. According to a tweet from the rover itself, some features have already been used, such as tsé łichíí (red rock), yéigo (diligence) and séítah (amongst the sand). 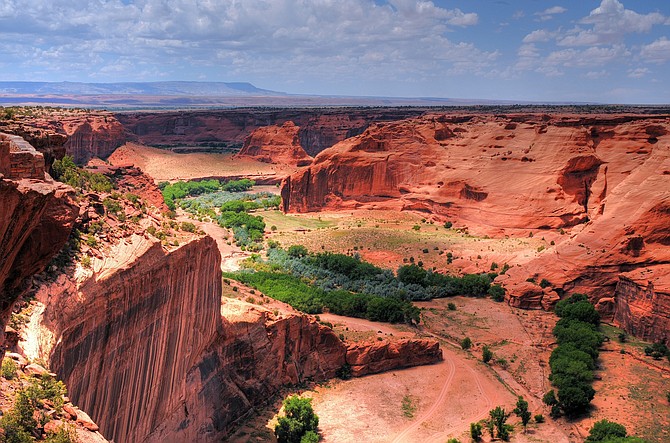 Canyon de Chelly National Monument (“Tséyi’” in Navajo) in Arizona is located on Navajo Nation land. Members of NASA’s Perseverance rover team, in collaboration with the Navajo Nation, has been naming features of scientific interest with words in the Navajo language. (Credit: NASA/JPL-Caltech)

Before landing in the Jezero Crater on Máaz, Navajo for Mars, the Perseverance team divided the crater into a grid of “quadrangles” that were one square mile in size and named the “quads” after national parks on Earth with similar geology.

The rover touched down in an area named after Arizona’s Canyon de Chelly National Monument, which is on the Navajo Nation.

Navajo Nation President Jonathan Nez, along with Vice President Myron Lizer and other advisors, came up with words from things they saw at the landing site.

A press release from NASA said suggestions included; ““tséwózí bee hazhmeezh,” or “rolling rows of pebbles, like waves.” Aaron Yazzie, Diné, added suggestions like “strength” (“bidziil”) and “respect” (“hoł nilį́”) to the list. Perseverance itself was translated to “Ha’ahóni.”

Yazzie is a mechanical engineer on the Perseverance team and works at NASA’s Jet Propulsion Laboratory in Southern California.

He hopes that seeing their Native language associated with the mission will make Native youth proud and encourage them to achieve their goals. 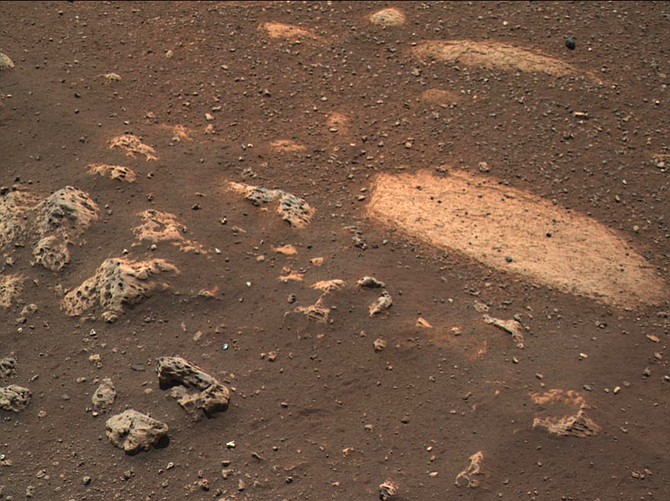 This rock, called “Máaz” (the Navajo word for “Mars”), is the first feature of scientific interest to be studied by NASA’s Perseverance Mars rover. (Photo/NASA/JPL-Caltech)

“This fateful landing on Mars has created a special opportunity to inspire Navajo youth not just through amazing scientific and engineering feats, but also through the inclusion of our language in such a meaningful way,” Yazzie said in the press release.

Nez echoed those sentiments and sees students becoming more interested in STEM fields in the future.

“We are very proud of one of our very own, Aaron Yazzie, who is playing a vital role in NASA’s Mars 2020 Perseverance Mission,” Nez said. “We are excited for the NASA team and for Aaron and we see him as being a great role model who will inspire more interest in the STEM fields of study and hopefully inspire more of our young people to pursue STEM careers to make even greater impacts and contributions just as Aaron is doing. As the mission continues, we offer our prayers for continued success.”

Interestingly, the rover has essentially needed to be taught Navajo in order to understand the labels given to items it collects. Although the English alphabet needs to be interspersed to convey certain information due to the use of accent marks in Navajo words.

Other scientists at NASA have welcomed the chance to learn the Native language, said Perseverance Deputy Project Scientist Katie Stack Morgan of JPL.

“This partnership is encouraging the rover’s science team to be more thoughtful about the names being considered for features on Mars — what they mean both geologically and to people on Earth,” Stack Morgan said.