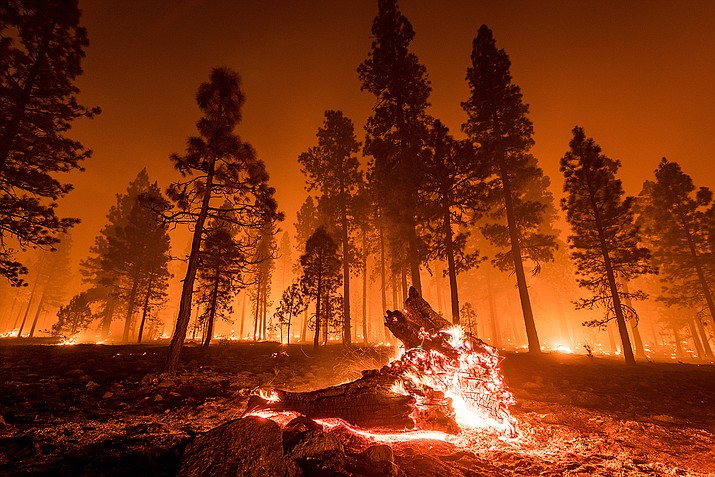 Arizona fire managers are preparing for an active fire season this year. They predict fire activity to start first in central and southern Arizona because of severe drought conditions in those areas. (Adobe Stock)

PHOENIX — Fire managers say current conditions are continuing to line up for another potentially active fire season across all corners of Arizona.

“Not one of us wants a repeat of last year. However, if we do not get more help from the public we may find ourselves in a similar, precarious situation,” said John Truett, Fire Management Officer for the Arizona Department of Forestry and Fire Management.

According to Truett, 82 percent of last year’s fires were human-caused and all were likely avoidable if people had paid better attention.

“State fire investigators responded to one too many fires started by folks using equipment or target shooting in restricted areas that sent sparks flying into dry fuel beds,” Truett said. “It is imperative everyone takes personal responsibility and help us as we work together to prevent wildfires.”

Arizona Department of Forestry and Fire Management (DFFM) said once temperatures warm up, the central and southern regions of the state may see an early start to wildfire activity because of the state’s severe drought status, a lack of precipitation and a carryover of heavy, grasses in unburned areas.

Forecasters do expect La Nina conditions to linger for the next few months, however early indicators point toward a timely arrival of a normal monsoon season.

Last year’s extreme heat and lack of moisture coupled with a blanket of fine fuel across the Sonoran Desert provided a foundation for one of the worst fire seasons in the state fire managers stated.

Because of the ongoing COVID-19 environment, fire crews will again operate within COVID-19 wildfire mitigation plans.

Some items addressed under the plan include, increased sanitizing of vehicles and equipment, social distancing and mask usage within fire camp and during briefings and temperature checks for all fire personnel assigned to incidents.

The agency said it plans to provide engine patrols and stage crews in higher risk areas to provide for faster response with the goal of limiting fire activity and spread, and ultimately, the amount of resources requested.

Fire managers advise the public when working outdoors, always pay attention to the weather. Never burn on windy days or use equipment that can throw sparks. If having a campfire, be sure it is out and cool to the touch before leaving the area. Drown, stir, and repeat. Secure tow chains, ensure vehicles and tires are in good working order before getting on the road, and avoid pulling a vehicle over into tall vegetation.

Residents should be proactive and create defensible space around their properties. Remove any dead or dying vegetation, keep lawns watered and mowed, remove flammable materials from around the exterior of the structure and remove leaves from rooftops and gutters.

More information is available from the Arizona Department of Forestry and Fire Management at www.dffm.az.gov.