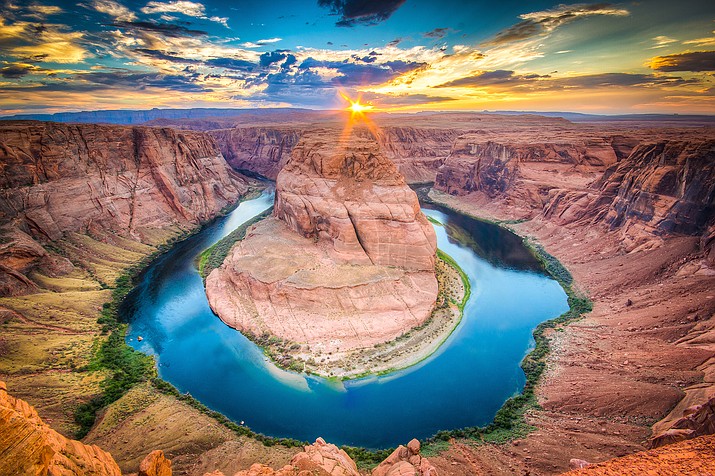 After closures because of COVID-19, Page Mayor Bill Diak worries continued closures will do lasting damage to the city’s economy and small businesses. (Photo/Adobe stock)

FLAGSTAFF, Ariz. (AP) — Grand Canyon National Park officials tentatively plan to reopen the park’s eastern entrance in late May, but there’s sentiment in a small northern Arizona city that depends on tourism that sooner would be better.

“Our sales tax for this year is down nearly 30 percent from last year,” Page city manager Darren Coldwell told the Arizona Daily Sun. “Our Horseshoe Bend visitation is down 80 percent. So when we say that our numbers dropped off the face of the earth, they really did.”

The Grand Canyon’s eastern entrance and the highway leading to it, State Route 64, were closed last spring as a courtesy to the neighboring Navajo Nation, which was hit hard by the coronavirus pandemic.

The tribe’s vast reservation in the Four Corners region has reported more than 30,000 confirmed COVID-19 cases, with 1,233 deaths as of March 22.

A nightly curfew to help curb the spread of the coronavirus remains in effect on the reservation but slowing of the outbreak has prompted the Navajo Nation to begin a partial reopening of some businesses and other facilities. Two of the tribe’s four casinos reopened March 19.

Navajo Nation roads remain closed to visitors, but the Navajo Nation Council is considering a bill to rescind those closures — which don’t affect the highway into the park.

For years, Diak said Page has marketed itself as part of a loop route for tourists visiting national parks and monuments in the Southwest.

But with State Route 64 closed, the loop route has been disrupted.

“People come out of Vegas, and they come in one way through I-40, and do the South Rim of the Grand Canyon, continue on up to do Page, Lake Powell, or they go on over to Monument Valley, come back in the other way,” Diak said. “Both Utah and Arizona have marketed that for years, and then finally it has taken hold over the last three years. Now we’re going to lose all that.”

For now, many campsites at the Page-Lake Powell Campground sit empty.

“Starting from spring break in March, for the last five or six years, our campground has been sold out every single weekend all the way into Thanksgiving,” said Ron Colby, who manages the campground and a nearby bait shop.

Colby said business has been down 78 percent compared to 2019. There were a few weeks last summer that approached normal occupancy levels, but that eventually dropped off.

Diak and Coldwell, the city manager, have been lobbying park officials to reopen the highway.

Baird said the final decision will be made only after careful consideration and consultations with tribal leaders.

Other factors that must be weighed include park staffing needed to reopen the entrance and the possibility of changes in the pandemic, Baird said.

The stretch of State Route 64 through the Navajo Nation outside of the park is a popular spot for roadside vendors trying to capitalize on tourist traffic, but those services remain prohibited by the tribe’s public health orders.

Jared Touchin, a spokesman for tribal President Jonathan Nez, said those restrictions could be revisited soon if the number of COVID-19 cases, hospitalizations and deaths on the reservation continue to drop.