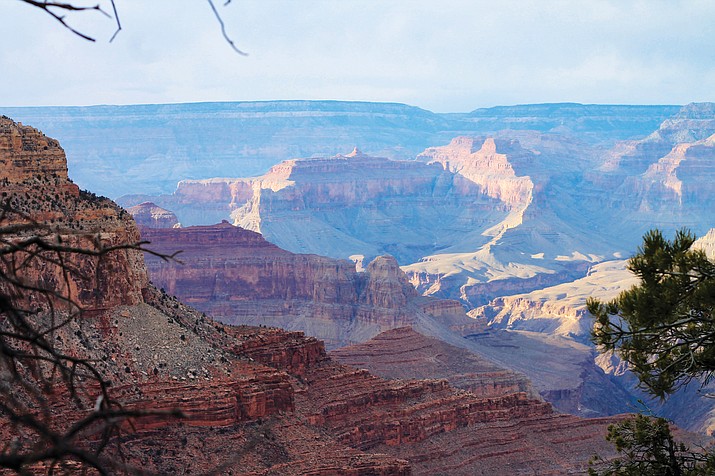 The Grand Canyon Chapter of the Sierra Club is sponsoring the webinar and podcast series focusing on ongoing threats to the Grand Canyon region, including place, people, water and wildlife. (Photo/WGCN)

GRAND CANYON, Ariz. — A series about some environmental and other dangers to the Grand Canyon will be held virtually March 23-April 13.

Among those presenting will include Navajo, Hopi, Tewa and Havasupai tribal members.

The Grand Canyon Chapter of the Sierra Club is sponsoring the webinar and podcast series focusing on ongoing threats to the Grand Canyon region, including place, people, water and wildlife. The series is free and open to the public.

The discussion includes how possible contamination of water and developments of lands can impact the tribes that revere the Grand Canyon.

The virtual series will be covering a variety of topics every Tuesday.

Each webinar will provide time for audience questions. All times are Mountain Standard Time.

Sierra Club members Alicyn Gitlin and Gary Beverly said the series is being offered to inform viewers about the problems facing the Grand Canyon.

“Shaped by the Colorado River and surrounded by a stunning forested landscape, the Grand Canyon is one of the most visited places in the country,” they said. “When most Americans think of the Grand Canyon, they envision a national park and natural wonder with strict rules to preserve the land and water. Yet the Grand Canyon is part of a larger interconnected landscape, and the people who live in and around it are threatened by historical decisions and planned projects that could irreversibly degrade this special place.”

Gitlin and Beverly said drinking water, springs and tributary streams are endangered by groundwater pumping and contamination. As uranium mining threatens water quality, it threatens the health of Indigenous People who call the canyon home.

Newly proposed dams and developments would damage the culture and spiritual practices of several Tribes — a corruption of their natural rights and religious freedoms. Unique ecosystems, including endangered wildlife and endemic threatened plants, could be forever lost if some of these projects move forward.

The series highlights threats to the Grand Canyon region, including uranium mining near the Grand Canyon, proposed dams and tourism development on the Little Colorado River, a massive proposed development just south of Grand Canyon National Park at Tusayan, and an expanding ski resort on the San Francisco Peaks, a mountain that is a Traditional Cultural Property for no less than 13 Tribes.

The speakers will include:

To tune into the Grand Canyon series visit www.sierraclub.org/arizona/events-activities.