Tax filing due date delayed until May 17 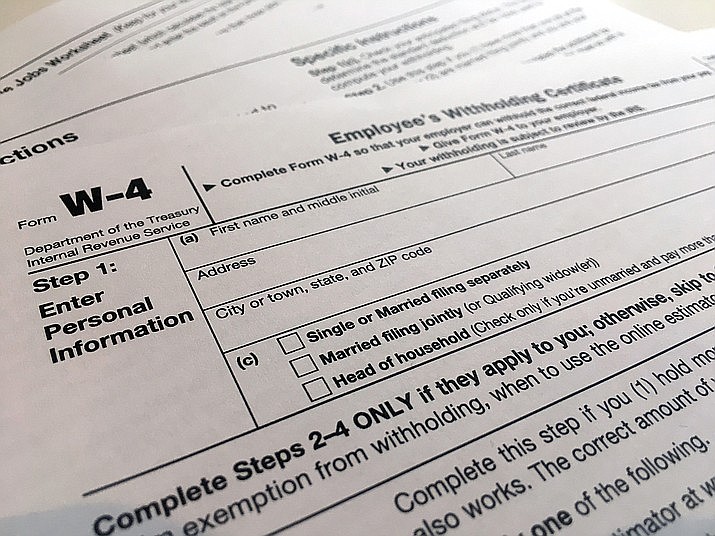 In this Feb. 5, 2020 photo, a W-4 form is viewed. The IRS will delay the traditional April 15 tax filing due date until May 17, 2021, to cope with added duties and provide Americans more flexibility. (Patrick Sison/AP, File)

Americans will be getting extra time to prepare their taxes. The Internal Revenue Service says it's delaying the traditional tax filing deadline from April 15 until May 17.

The IRS announced the decision Wednesday, March 17, and a bill has been introduced in the Arizona Legislature (SB 1297) that would delay the state income tax return filing deadline providing uniformity with federal tax filing deadlines.

The IRS said it would provide further guidance in the coming days. The move provides more breathing room for taxpayers and the IRS alike to cope with changes brought on by the pandemic.

“The IRS wants to continue to do everything possible to help taxpayers navigate the unusual circumstances related to the pandemic, while also working on important tax administration responsibilities,” IRS Commissioner Chuck Rettig said in a statement.

In the Arizona House, Rep. Shawnna LM Bolick, R-Dist. 20, Maricopa County, stated: “Arizonans should not be rushed to files their state taxes while they still have time to file their federal taxes,” she said. “Arizona income tax filings are often dependent on the federal adjusted gross income – a figure only determined once you file your federal taxes. So, having the state deadline fall prior to the federal deadline doesn’t make a whole lot of sense.”

The measure, an amendment, will be considered by the House Ways and Means Committee on Wednesday, March 24.

The IRS decision postpones when individual taxpayers must file their return and when their payment is due. The IRS said taxpayers who owe money would not face any further penalties or interest if they pay by May 17. The new deadline also applies to individuals who pay self-employment tax.

Taxpayers do not need to take any action to take advantage of the new deadline. Those who need more time beyond May 17 can request an extension until Oct. 15.

The new deadline does not apply to estimated tax payments that are due on April 15; those remain due by that day.

The decision to extend the deadline comes after an intense year for the chronically underfunded IRS. The pandemic hit in the middle of last year's tax filing season, setting the agency back in terms of processing. The IRS has also been a key player in doling out government relief payments, and is currently helping to send out the third round of payments in the middle of the current tax filing season.

Additionally, the extension gives the IRS time to issue guidance on recent tax law changes. The American Rescue Plan excludes the first $10,200 of unemployment benefits from federal taxes for those making less than $150,000.

“Never before has the law changed so substantially in the middle of tax filing season," Patrick Thomas, director of Notre Dame Law School’s Tax Clinic, said in a statement.

The IRS must issue guidance for taxpayers and tax preparers alike as millions of returns already filed likely do not account for this change.

A number of lawmakers and professionals from the tax community have urged the tax filing season be extended to accommodate for these pressures.

The IRS continues to urge people to file as soon as possible, particularly those who are owed refunds. In some cases filing will help taxpayers more quickly get any remaining relief payments they are entitled to.