The sky is the limit: A journey from herding sheep to presidential appointment in Washington D.C. 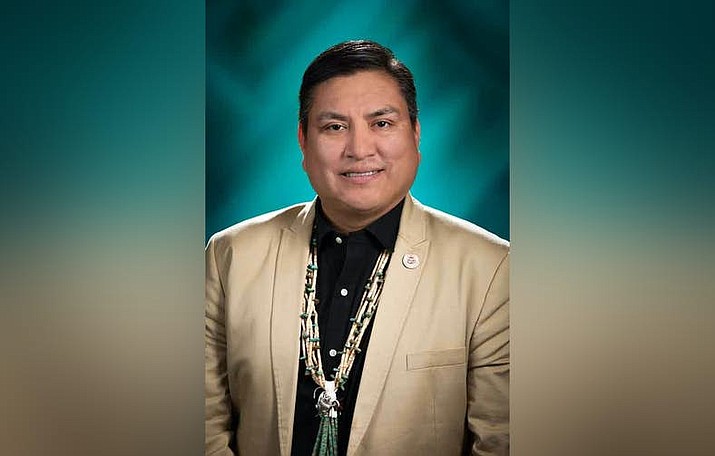 Arlando Teller has been appointed to the U.S. Department of Transportation. (Photo/Indian Country Today)

CHINLE, Ariz. — As a boy, Arlando Teller would be herding sheep at his home in Chinle when he would hear and see airplanes flying above. It made him think about how he could be involved with aviation, but flight school was too expensive, so instead he studied transportation management.

This interest has led to a successful career in transportation management and a recent appointed by the Biden administration as deputy assistant secretary for tribal affairs for the U.S. Department of Transportation (USDOT).

It was not a job he applied for.

“I received a call out of the blue,” he said. “The transition team shared that they received my name.”

His number one goal in the job is to strengthen tribal consultation for all modes of transportation and encourage tribal self-government programs. Respecting tribal sovereignty remains important to him.

“We want to help tribes regardless of whether they are big or small,” he said.

Teller said the tribes in rural Arizona do not get the transportation services of other locations because of their rocky, dirt roads and the airports are often not up to par.

“We want to make sure that tribal concerns are addressed throughout the program,” he said.

Teller said through partnerships with the BIA and other agencies a lot can be accomplished. He said the Navajo and Cherokee tribes are among the tribes already reaching out to him.

According to Teller, during the last four years, the USDOT made little effort to work with the Navajo Transportation Department. He hopes that within the next year, Congress will pass a nationwide infrastructure bill that has been discussed for several years.

“I think the resources that are being considered would be beneficial to tribal infrastructure,” he said.

Teller said he also hopes to address funding for priority transportation needs on the reservations.

“We want to help with resources to meet their needs,” he said.

Part of his new job will be addressing and developing policy to reinforce government to government consultation within the U.S. DOT.

“Representation matters,” he said about why his appointment is important for Indian Country. “I lived where transportation is important to the livelihood of the community.”

Teller was the first Native American to graduate from Embry Riddle Aeronautical University in Prescott with a bachelors in airport management. He has worked in transportation management for 26 years.

After his recent appointment, U.S.DOT Secretary Peter Buttigeg called to congratulate him.

“It was refreshing to get a call from him and it was an encouraging conversation,” Teller said.

By obtaining a federal post, Teller is considered a role model for younger Navajos and already serves as a mentor for young Navajo professionals who call him for advice.

“I have a mentor who has been there for me,” he said referring to Jack Jackson Jr., who serves as an assistant to U.S. Rep. Tom O’Halleran. “Jack has provided me with advice and served as a sounding board. He is one of my strongest foundations.”

For now, because of the coronavirus pandemic, Teller is working remotely from his home – he is a COVID-19 survivor after being hospitalized for seven and a half weeks last fall.

During the pandemic, Teller has lost both his mom and step dad to the virus. Now, he just has his sister, three grandchildren and three great grandchildren.

“My mom was my ultimate counselor. Her teachings helped me and my sister,” Teller said. “She knew that I would get a job with this administration. She told me that before she passed. She said, “Mark my words.’”

Teller was told about his new job the day of his mother’s birthday.

Teller is expected to move to Washington D.C. in May.