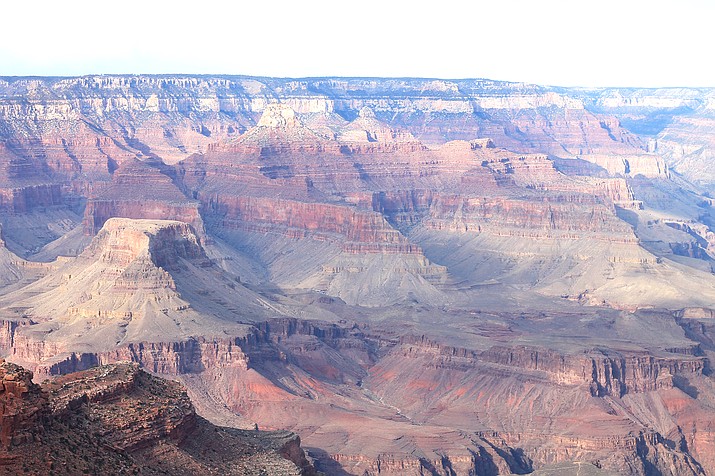 More than 6 million people a year visit the Grand Canyon, pumping $1.2 billion into the region’s economy, another reason the park should be protected by a mining ban, backers of a proposal banning new mining claims on more than 1 million acres around Grand Canyon National Park, say. (Loretta McKenney/WGCN)

The bill would make permanent a current mining moratorium that is scheduled to run through 2032. Supporters said a permanent ban is needed because the Grand Canyon is too valuable to risk possible damage from future mining.

“Protecting our environment is not a matter of choice or political preference,” said Rep. Raul Grijalva, D-Tucson. “It’s the only path forward for our country and our way of life.”

Grijalva, the lead sponsor of the bill, said earlier this month that “the Grand Canyon should be the least controversial” place on the planet to consider protecting from mining.

But critics said that by limiting access to rich uranium fields around the canyon, the bill would have not only an economic cost but a cost to national security as well.

“Decreasing our reliance on foreign nations for critical minerals is an important part of ensuring our national security,” said Rep. Debbie Lesko, R-Peoria, in a statement released by her office. “The Grand Canyon region is home to uranium which is essential to many industries. We should not limit our domestic production of this important resource.”

That argument did not appear to sway House members, who voted 227-200 to approve the bill.

The Grand Canyon has been protected since 2012, when then-Secretary of the Interior Ken Salazar issued a 20-year moratorium on new mining claims. The moratorium did not affect permits for existing mines in the region, which includes 1 million acres outside the park boundaries but still within the Grand Canyon watershed.

Supporters of the bill fear that new uranium mining in the region would contaminate the Grand Canyon or seeps and natural water springs in the area, in part because of the unusual geology of the region.

“Because of this highly complex, highly fractured geology in the region to the north and to the south of the Grand Canyon… the idea of mining uranium is really risky,” said Amber Reimondo, energy director for the Grand Canyon Trust. “You’re cutting through a lot of … layers and a lot of aquifers.”

That threat is particularly concerning to members of the Havasupai tribe, whose tribal home is in the canyon.

“The Havasupai Tribe has opposed a nearby uranium mine, the Pinyon Plain Mine (formerly Canyon Mine), for years,” Havasupai Tribal Chairwoman Evangeline Kissoon said in a prepared statement released by Grijalva’s office.

“The contamination from the mine has caused millions of gallons of precious water to be rendered unusable and wasted, and the mine has potential to contaminate the Redwall-Muav aquifer,” her statement said.

President Joe Biden indicated he will sign the House bill if it reached his desk.