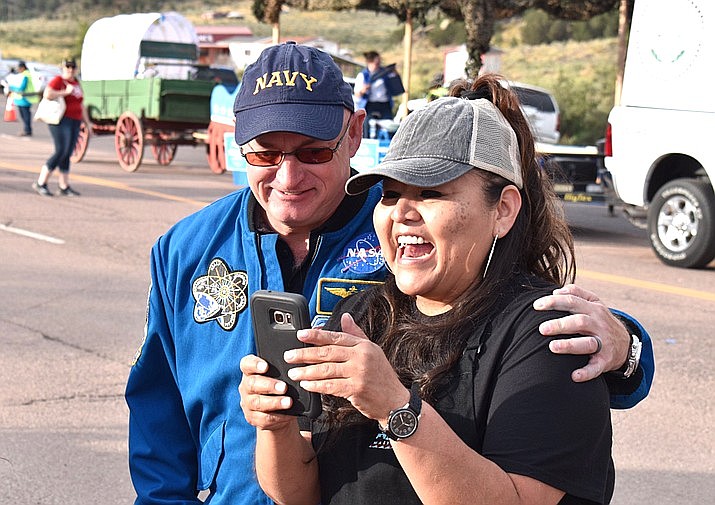 PHOENIX — U.S. Sen. Mark Kelly has received his committee assignments and said he will be in a position to help Native Americans on many issues such as veteran’s affairs, the environment and the elderly.

Kelly put the Armed Services Committee at the top of his list as he is a 25-year Navy veteran who served as a combat pilot and astronaut.

“From Ira Hayes, to Lori Piestewa, to the Navajo Code Talkers, Arizona tribal members have sacrificed for their country with honor and distinction,” he said. “As a veteran of the U.S. Navy, I have served alongside Native servicemen during my career in the Navy and I am committed to ensuring that Native Americans receive all respect, rights and benefits entitled to them during and after their service.”

Kelly said he supports expanding veterans programs to ensure service reaches all tribal nations. He said rural tribes are often the most underserved with issues such as health care, homelessness, social services and national cemetery access often overlooked by the federal government.

“I believe that more field support from the VA (Veteran’s Affairs) in rural areas is needed, along with a large scale expansion of broadband internet across tribal communities to increase veteran access to telehealth and remote learning programs,” he said.

“Too often the Indian Health Service and the Veterans Affairs system are underfunded by Congress and unable to provide the full range of health care and veteran benefits that tribal members deserve. In the Senate, I am currently advocating for resources for tribal governments, health care, water systems and housing in this year’s COVID-19 assistance package,” he said.

By serving on the Energy and Natural Resources Committee, Kelly said the federal government should play a role in helping the Navajo and Hopi transition to a renewable energy economy following the closure of the coal fired Navajo Generating Station and the Kayenta Coal Mine. Kelly said the Navajo and Hopi tribes have significant solar and wind potential, which they should be encouraged to grow.

“In my new role on the Committee on Energy and Natural Resources and the Committee on Environment and Public Works, I plan to push for renewable energy programs, mining remediation projects and climate policies that benefit tribes,” he said.

From his seat on the Environmental and Public Works Committee, Kelly recently supported the advancement of Michael Regan’s nomination for Administrator of the EPA.

“I spoke about the fact that the EPA should prioritize the cleanup of the roughly 500 abandoned uranium mines in the Four Corners region. And I will continue to use my seat on the EPW Committee to ensure that tribes enjoy clean water, air, and land,” he said.

Kelly said he will use his seat on the Aging Committee to help with elderly issues for Navajo, Hopi and other tribes.

“The COVID pandemic has highlighted in our country just how underserved Native elders are when they seek adequate health care and other social services,” he said. “I am committed to continue working with tribal communities in Arizona on ways to best help aging Native populations. I will work with Chair Casey and Ranking Member Scott on the Senate Aging Committee to make sure our committee hearings, reports and oversight include the unique needs of tribes.”