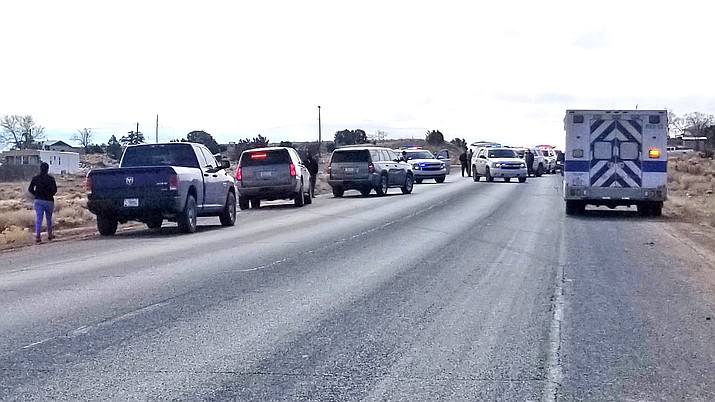 ST. MICHAELS, Ariz. — On Feb. 24, at 12:04 p.m., Navajo Nation police officers responded to a report of an armed suspect in St. Michaels, Arizona in which an officer shot an armed suspect.

According to the Navajo Nation Police Department, the suspect fled in his vehicle, resulting in a brief pursuit. The pursuit ended when a tire deflation device was used to disable the vehicle, at which time, the suspect exited the vehicle with the weapon. The shooting occurred when the suspect allegedly pointed the weapon at officers, who were then forced to respond to the threat. First aid was immediately rendered to the suspect, who was transported to the local hospital where he succumbed to his injury.