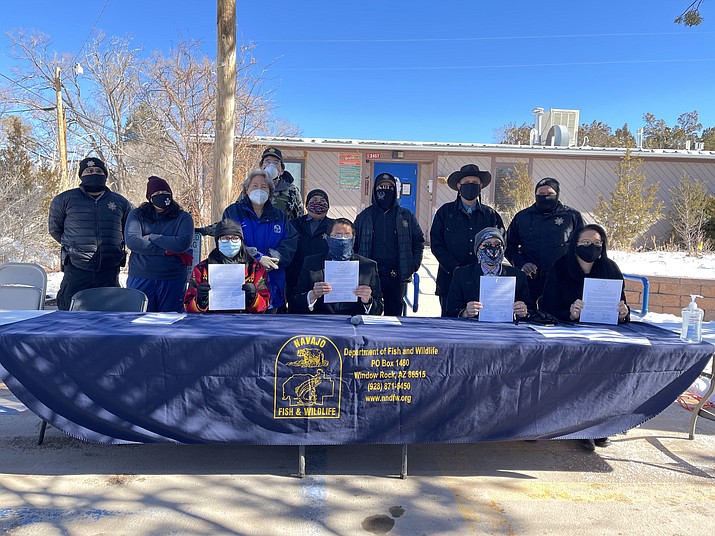 According to the proclamation, there is a critical need to increase awareness of the overpopulation of dogs and cats on the Nation. Overpopulation contributes to these animals suffering from infectious diseases and untreated injuries. Additionally, many of these animals are left to roam without homes and threaten the safety of communities.

"This month is an important time to prevent unwanted dog and cat litters during the spring and summer months,” Nez said. “Overproduction of domestic animals happens during the spring and summer, and abandonment of animals’ increases and animal shelters becoming overwhelmed. As Navajo people, we need to protect and care for our animals and pets by spaying and neutering them. As we address this concerning problem on the Nation, we have to bring awareness to help solve the issue."

According to Navajo Nation Animal Control Program manager Kevin Gleason, one mating pair of dogs can produce 5,800 dogs in five years. There are over one million domestic animals on the Nation, and owners need to comply with the Animal Control Ordinance, which includes regulations on rabies, vaccinations, animal bites, livestock damage, impoundment procedures, and others. Noncompliance fines may range from $50 to $200 per animal.

"The Navajo Nation has established animal control laws to protect the health, safety, and property of people and address responsible pet ownership and overpopulation, disease and neglect of animals,” the proclamation reads. “It is the responsibility of the people to protect and preserve the animals using the resources that are available, such as sterilization clinics, vaccination clinics, and animal adoption programs."