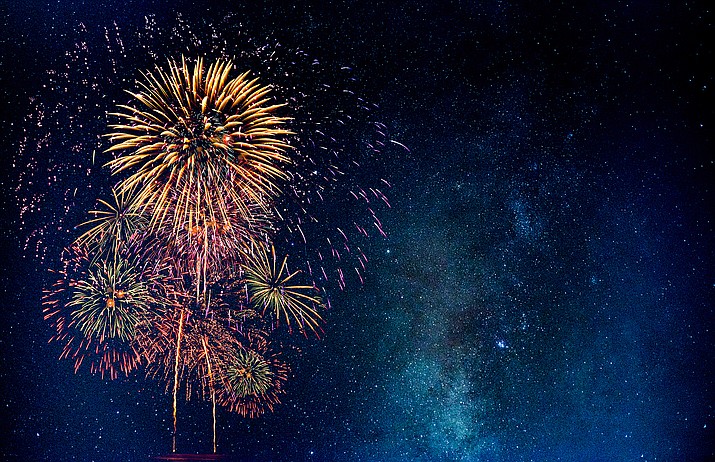 TUBA CITY, Ariz. - Tuba City and other major Navajo communities are planning a firework show for the Fourth of July weekend.

Tuba City will host its firework show July 3 and Window Rock on July 4. Although there will be no live entertainment, each community will have virtual live streaming entertainment via social media.

The Nation is encouraging the public to view the fireworks from home, however, for those unable who plan to view the Tuba City show, several parking areas have been designated. 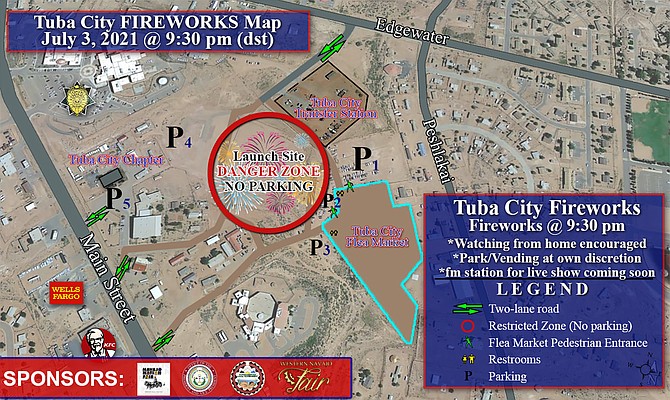 Parking areas for the July 3 firework show in Tuba City have been designated. (Photo/Western Navajo Fair)

"We ask that you keep roadways and exits clear and if you are to use the identified parking areas, it is at your own discretion," the Western Navajo Fair stated. "Please keep vehicles away from the identified launch site as it is considered a danger zone. If any vehicles are within the launch site perimeters, the show will be halted until vehicles are out of the zone."

The public can live stream the event on the Western Navajo Fair Facebook Page July 3, starting at 8:30 p.m.

The fair will also provide an FM radio station to accommodate those parking near the flea market grounds who are unable to watch the live stream via Facebook.

More information is available from the Western Navajo Fair Facebook.