Navajo have COVID-19 under control, but still leery of Delta variant 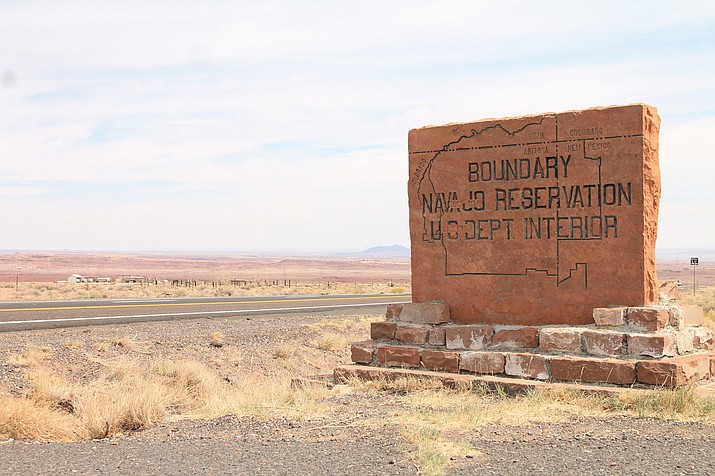 WASHINGTON — The Navajo Nation recorded its first case of the Delta variant of COVID-19 June 25.

Navajo President Jonathan Nez said it is more important than ever for tribal members not to let down their guard.

Nez spent much of the time during a Washington Post program on public health talking about the Navajos’ success in fighting the pandemic, falling from a national COVID-19 hotspot at one point last year to negligible case numbers today.

But while the tribe has “been very cautious … I think we need to continue to be cautious,” Nez said, in part because of the arrival of the highly contagious Delta variant.

“We have heard updates that the city of Tucson has identified a Delta variant … so we are concerned,” Nez said.

An Arizona Department of Health official said June 23 that the Delta variant has been found in northern, central and southern Arizona.

“The Alpha variant currently is the predominant strain in Arizona, but we anticipate that there will be an increase in the Delta variant since it appears to be more transmissible than the Alpha variant,” said Steve Elliott, a health department spokesperson.

Arizona Public Health Association Executive Director Will Humble said experts “expect that the Delta variant will be dominant by mid-to-late summer in Arizona.”

But Humble said that despite the high transmission rates health experts have seen for the Delta variant, it will likely not spread as fast as previous variants because of the availability now of COVID-19 vaccines.

“Alpha took over at a time when only select people qualified to get vaccinated,” Humble said. “There was a huge pool of susceptible people at the time. Now, we’ve cut that in about half, maybe even more than half.”

As of June 23, more than 3.5 million Arizonans had received one dose of vaccine, or 48.9 percent of the state’s population, according to AZDHS. Just over 3 million state residents had been fully vaccinated.

Vaccination rates are even higher on the Navajo Nation, which should mean it will not suffer greatly when the Delta variant shows up, Humble said.

“I don’t see that Indian Country and, in particular, Navajo country is at any particular enhanced risk for Delta compared to the rest of the state; they’re probably in a better position,” Humble said.

In the early days of the pandemic, COVID-19 spread rapidly through the Navajo Nation, which experienced some of the highest infection rates in the country. But the tribal government took aggressive action to close businesses and public gatherings, and later to distribute vaccines to tribe members, making the Navajo a model for how to respond, Nez said.

He quoted National Institute of Allergy and Infectious Diseases Director Anthony Fauci as saying the tribe’s response “could be a case study, Navajo could be a model to bring down COVID cases in a region.”

Nez said that with about 70 percent of the eligible population vaccinated, the Nation’s main concern now is visitors.

“We are concerned because we don’t know where our visitors are coming from,” Nez said. “If we continue to wear masks, we can reopen gradually, maybe even at 50 percent for our visitors, but we also have to protect our citizens and protect our visitors from COVID-19.

“I’m sure one day we will reopen and embrace our visitors back to the Navajo Nation,” he said.