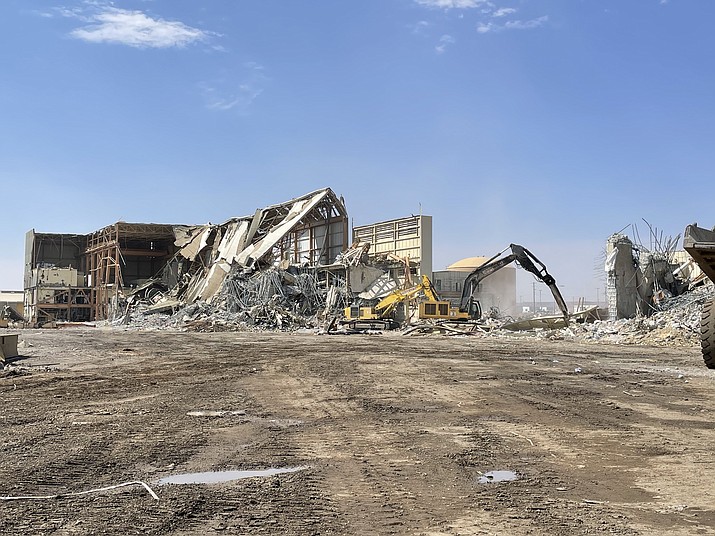 Remains of the Unit 1 turbine lay on top of the 12 demolished concrete and rebar pillars that supported the turbines’ weight at the Navajo Generating Station in Page, Arizona. (Photo/George Hardeen)

Little remains to show the immense power plant that once reached to the skies at its current location. In its place is a mountain range of piled, twisted metal waiting to be cut to pieces, trucked away and recycled. 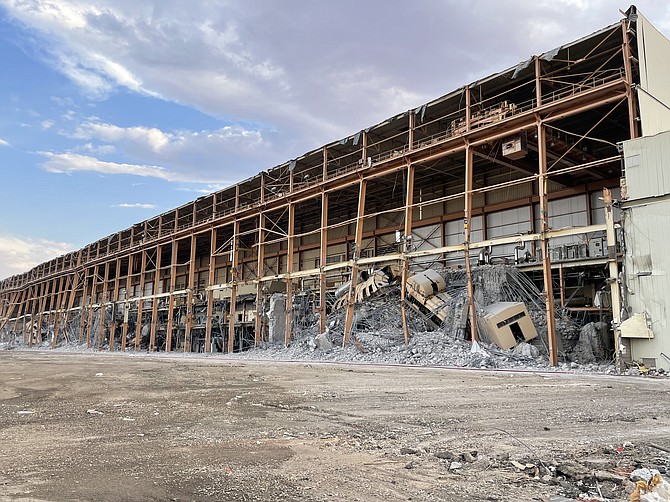 The blasts took place over three days. This allowed a full day to load the explosives, prepare each unit for demolition and as a precaution about leaving live explosives in place overnight.

Each of the 40-foot tall columns had been drilled and packed with approximately 200 pounds of explosives. The columns and pedestals supported NGS’ three-unit turbine deck, estimated to weigh 250,000 tons.

Falling with the pedestals were Units 1, 2 and 3 turbines. 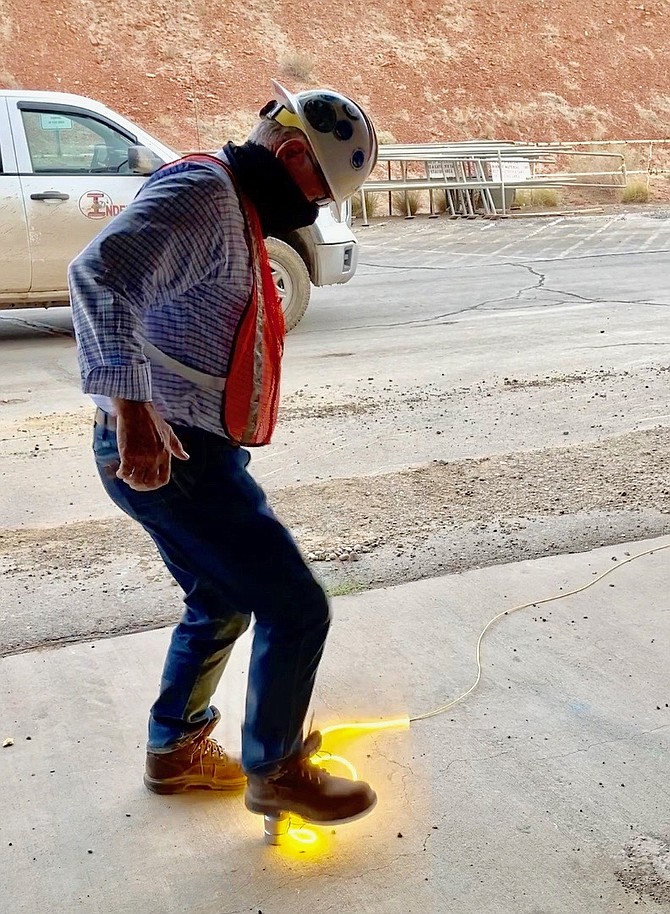 For weeks, workers for demolition contractor Independence Excavating of Cleveland, Ohio, had torch cut girders and the turbines so they would break into sections when they dropped from their 40-foot level.

The blasts were designed to leave the building standing, which is believed to have dampened and absorbed the sound of the explosions.

Gary Barras, Salt River Project’s director of Major Projects and supervisor of the NGS Decommissioning and Demolition Project, was given the distinction of detonating the final explosion of the Unit 3 pedestals June 24.

“It’s a mixed feeling,” he said. “It’s a major milestone for our project goals. We’re working hard to properly turn this site back over to the Navajo Nation in accordance with all of our obligations. On the other hand, it’s bittersweet. Early in my career I got to work with some of the men who were instrumental in building this plant, guys like Trent Meacham (SRP’s Assistant General Manager for Power, Construction and Maintenance) and John Rich (SRP’s Assistant General Manager for Power Operations).”

Barras also thought about the men and women who designed, built, maintained and operated NGS so well and reliably throughout its long life.

“I want to do this in honor of those guys and women and the work that they did,” he said. “I want to really pay tribute to those who cared about NGS through the years and say thank you to them.”

Despite a work suspension from March 27 to July 6, 2020, because of COVID-19, Barras said the contractors have made up for lost time and the demolition phase is back on schedule.

He expects the remaining demolition work to be completed by this time next year.

Later this summer another contractor will begin the major earthwork to retire the evaporation ponds and landfill.

According to the agreement with the Navajo Nation, SRP has five years to complete decommissioning, demolition and reclamation of the lease area. However, Barras said he’s expecting it to be completed sooner.

“We’ve been running according to plan,” he said. “We’ve got good contractors working on this and, of course, our guys are doing a great job assisting them.”