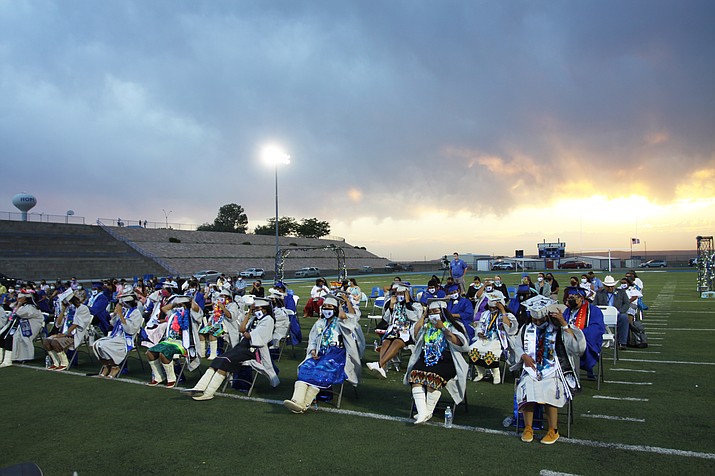 Hopi High School held its graduation June 15 with 36 graduating seniors. The ceremony was delayed to evening because of high temperatures. (Photos courtesy of Valerie Martin)

POLACCA, Ariz. — Hopi High School held its graduation ceremony for its 36 graduates June 15 at the football field with Miss Native American Lexie James, a graduate of Hopi High who won state awards for her media work, serving as keynote speaker.

There were two other graduates in the ceremony — because last year’s graduation was virtual, they were invited to attend and march in the this year's processional.

The heat wave caused the ceremony to be pushed back two and a half hours. The ceremony was planned for 4 p.m., however, with temperatures at 104 degrees at the time, the ceremony did not begin until 6:30 p.m. and ended at 9 p.m.

The administration sent out a mass message about noon letting everyone know about the delay.

A monsoon wind came up during the ceremony. It did not rain, but the wind cooled people off.

Protocols were followed as graduates and spectators were spaced out, masks were worn and each graduate could only have two guests.

The graduation was live streamed on the school’s You Tube station.

“It was nice to be back in person and it was nice to have a more traditional graduation unlike last year when we had the drive through graduation,” he said.

The keynote speech by James focused on the class motto about being yourself and being an indi-vidual, not conforming to one thing and knowing that it’s okay to make mistakes. She said peo-ple should learn from their mistakes, continue to be themselves and enjoy life to the fullest.

There was more than 100 people in attendance including guests, board members, staff and teachers.

Greer said the ceremony helped give a sence of normalcy. He said it was also a good time to thank the community for their sacrifices during COVID 19.

“We thanked the great job done by the health care workers. The positivity rate for the last two weeks on Hopi was zero and we couldn’t do that without the front line workers,” he said. “It was a good time to show our thankfulness.” 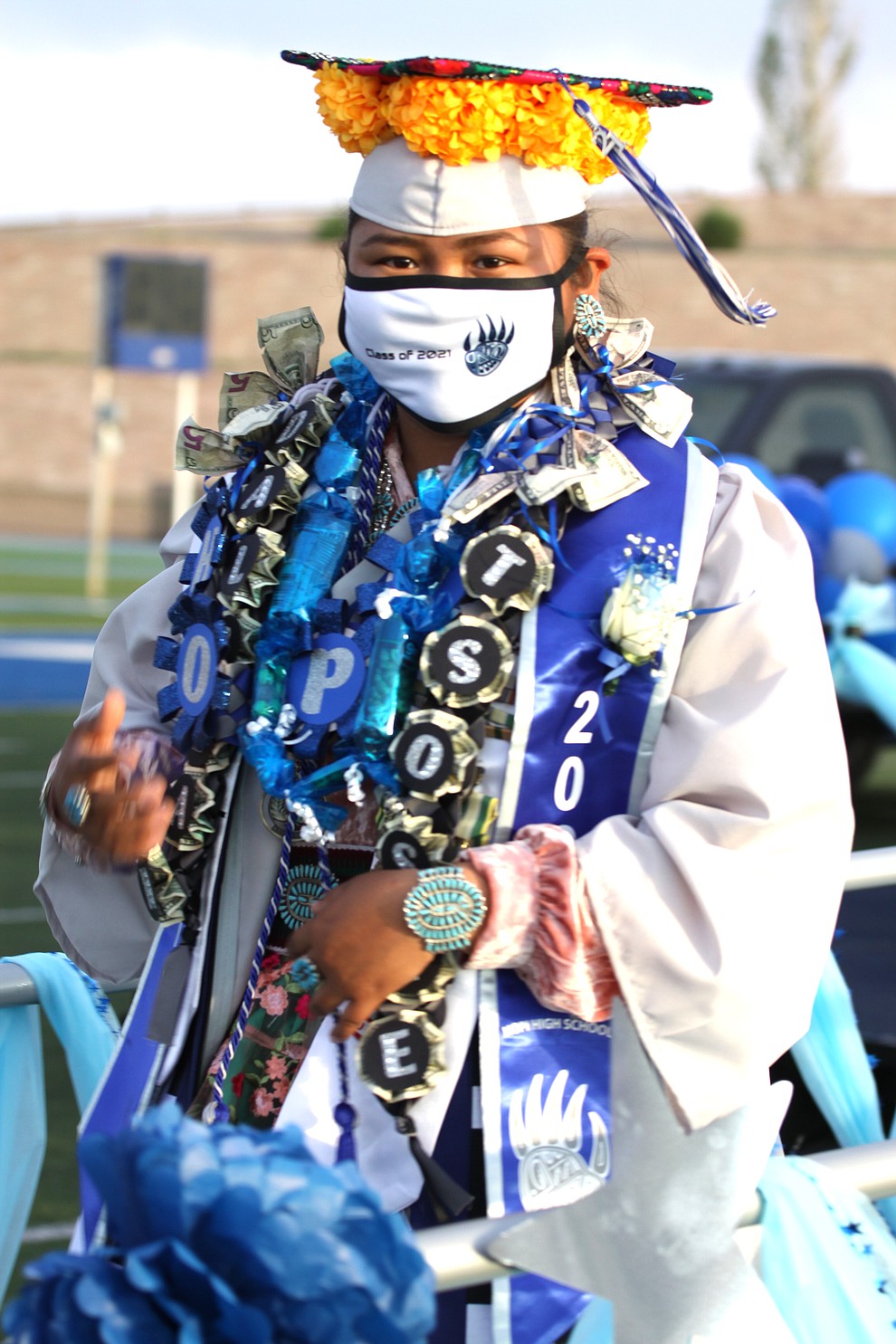 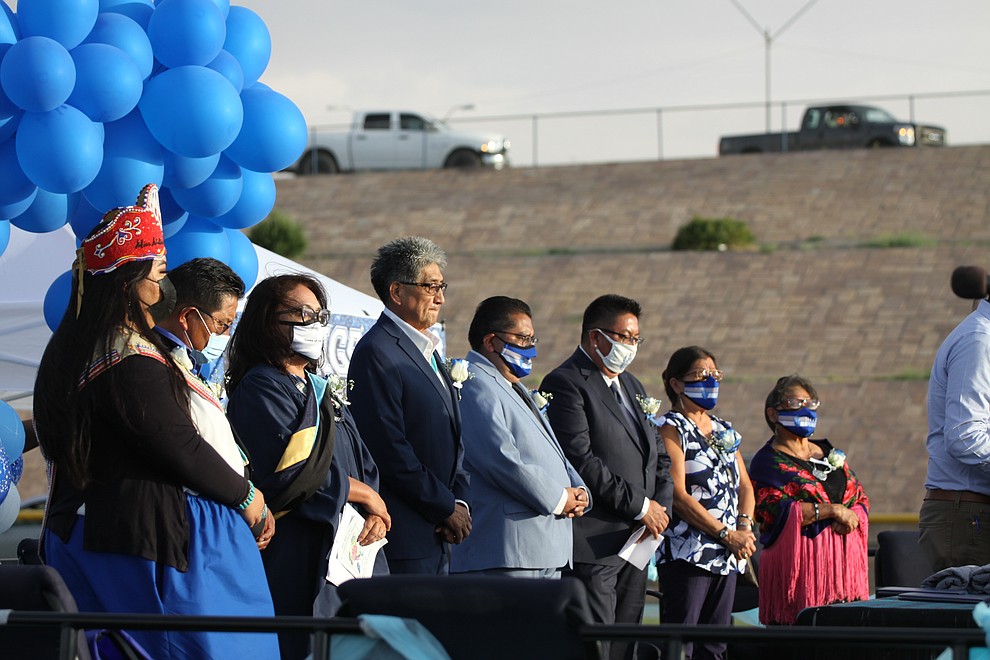 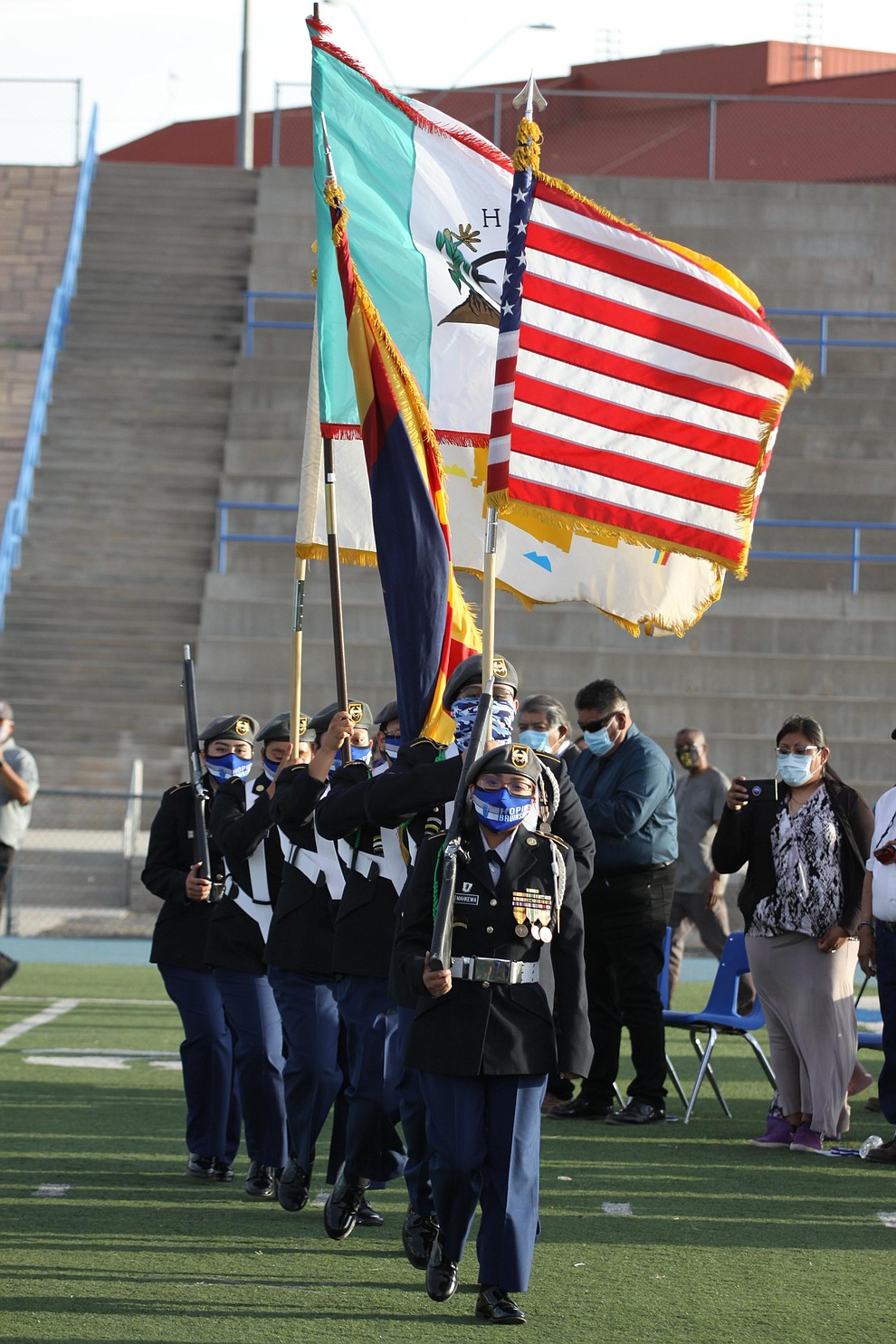 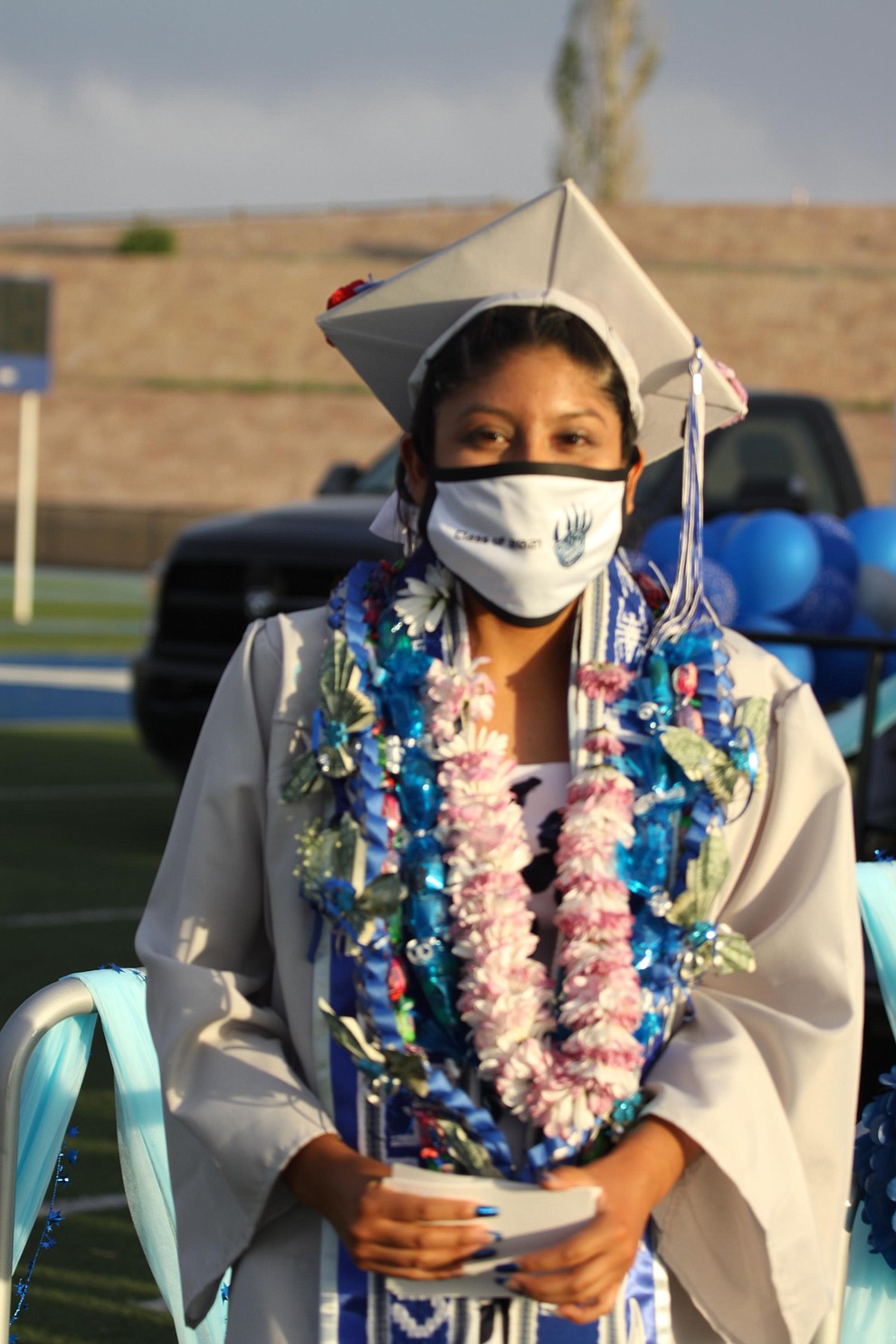 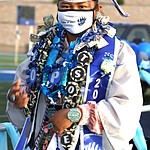 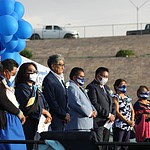 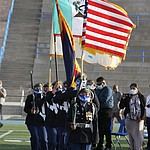 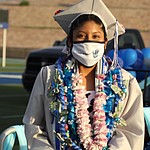 Rick Baker served as master of ceremony and the Jr. ROTC posted the colors.

Co-salutatorians were Christina Shupla and Joylynn Perry, who were given their awards by Hopi Vice Chairman Clark Tenakhongva.

Summer school will start in July. The next school year starts Aug. 16.