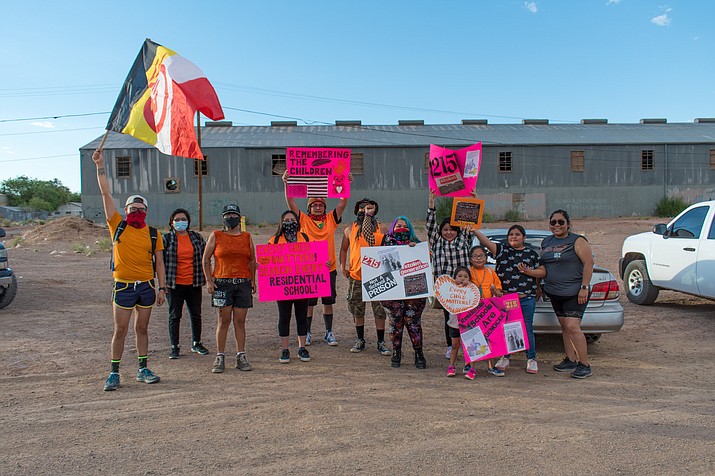 Tuba City residents participate in a solidarity walk, organized by Charlene Dodson, for the 215 kids found buried at the site of the Kamloops Indian Residential School, which was Canada’s largest facility. The facility was operated by the Roman Catholic Church from 1890 to 1969, when the government took it over as a day school, according to Indian Country Today. The school was closed in 1978. 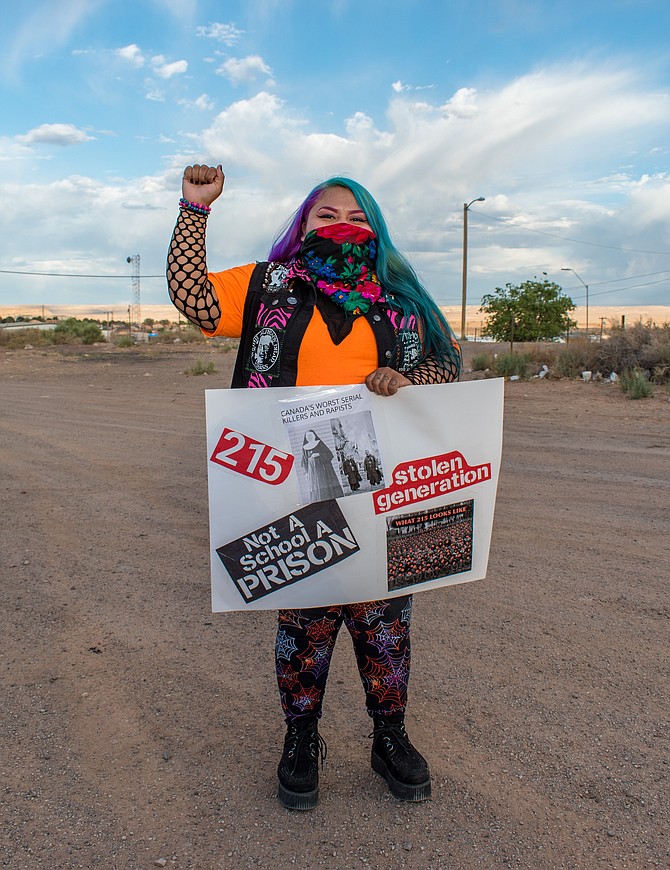