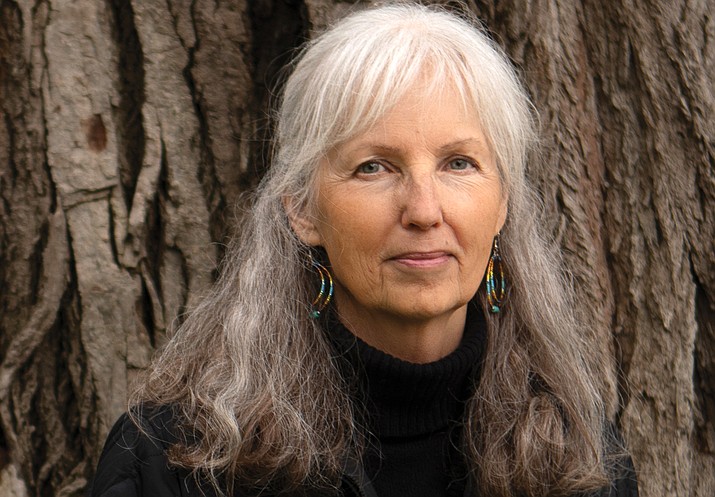 Diane Wilson is the author of the new book "The Seed Keeper." (Submitted photo)

Diane Wilson, one of the most successful Native American authors, is drawing rave reviews for her recent book “The Seed Keeper.”

Wilson, a member of the Dakota Tribe from Minnesota, wrote the novel about the importance of seeds to Native Americans — when indigenous people were forcibly moved like on the Trail of Tears, they would hide seeds in their pockets so they could grow what they were used to growing even after they were forced to move.

“The Seed Keeper” has received starred reviews by Publishers Weekly, Booklist and BookPage and was considered one of the most anticipated books for 2021 by Literary Hub, Bustle, Thrillist, Observer, Ms. Magazine and Books Are Magic.

“The Seed Keeper” is published by Milkweed Editions, which is based in Minnesota and prints local and Native books. Milkweed gained its name because like the monarch butterfly it considers its books part of a metamorphosis in the literary ecosystem. Milkweed also has books about the environment and the natural world.

Wilson has won numerous book awards. Her previous book “Spirit Car: Journey to a Dakota Past” won the Minnesota Book Award and was chosen for the One Minneapolis One Read program and in 2018 she was awarded a 50 Over 50 Award from Pollen/Midwest.

Seeds are an important topic to her as she believes it’s inherent to tribal sovereignty. Wilson has served as the director of Dream of Wild Health and the Native American Food Sovereignty Alliance.

She said while this book is for everybody, it is especially for Indigenous people.

“Seeds have so many dimensions,” she said. “One is the magical force of life. It is for food, carries culture and stories, and it is central for ceremonies. It is a beautiful metaphor and foundation of agriculture. It is critically important to our survival.”

One of her motivations to write the book came when she was working as a gardener because she was growing out a collection of seeds. She said seeds play an important part in Indigenous history ranging from the Trail of Tears to seeds for Hopi.

One inspiration for her story was based on a true story of a Dakota who hid her seeds when she was forced to move. “The Seed Keeper” is a mix of fiction and history.

“Seeds are a gift from a thousand years ago,” Wilson said, which is why she gets upset with genetically modified seeds.

According to Wilson, “The Seed Keeper” is an important book and it is her hope to remind Indigenous people of the ancient relationship with plants and animals in the world around everyone.

“Seeds came to us as a gift to take care of each other. We have a relationship with seeds that were important to obtain,” she said.

Wilson said the response to “The Seed Keeper” has been better than expected. She said there was a lot of anxious months leading up to the printing of the book. She said the book meant a lot to people who would look at their plants and think of them in a different way.

“Sales were better than expected. It came out in March and it’s already in its third printing,” she said. “It even had a mention in New Yorker Magazine.”

Wilson encourages Native writers, saying it is important that they are able to tell their own stories in their own words.

Wilson is working on a collection of essays and plans to write a children’s book and another novel. She said the next novel might pick up where “The Seed Keeper” left off to talk about what happens next in their story.

"The Seed Keeper is available on Amazon, milkweed.org from dianewilsonwords.com or wherever books are sold.