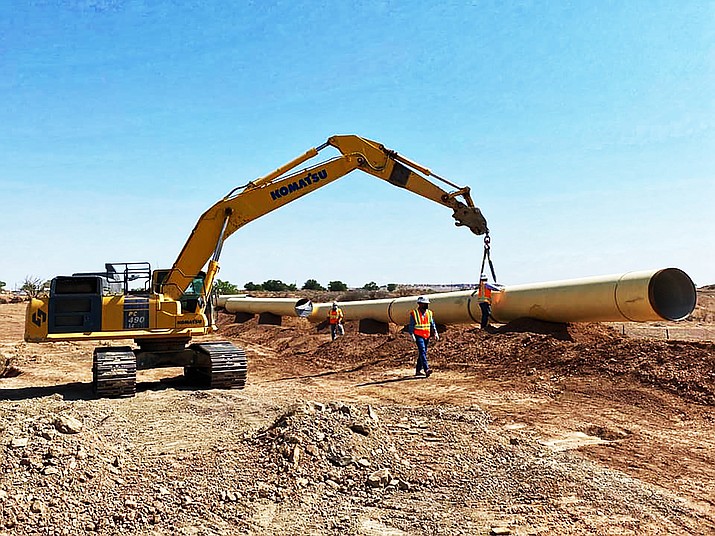 The legislation approves the expenditure of $58,225,000 to complete design and construction of the first phase of the Western Water Pipeline that will make the Navajo Nation non-dependent on the city of Page.

The Western Navajo Pipeline Project will connect water to communities of the western regions of the Navajo Nation. Since the closure of the Navajo Generating Station (NGS) the pipeline project provides a unique opportunity to repurpose the Lake Powell NGS Intake with modifications to change from industrial to municipal water use for Navajo residents.

The Lake Powell NGS intake will provide water to the proposed LeChee Water Treatment Plant and Pipeline and Booster Pump Station. These infrastructure projects are the driving catalyst of economic vitality, sustainability and increased job creation, according to the Navajo Nation.

“These improvements will provide solutions for current and near-term domestic, municipal, commercial and livestock water demands of the growing community of LeChee, and the Antelope Canyon Development area,” the Nation stated in a recent press release.

“Some projects are ready to go to construction now, while others won’t be completed for up to 6 years from now,” John said. “It will be up to the selected contractor to hire locally on the Navajo Nation within the Navajo Nation procurement regulations.”

The Navajo Nation Council unanimously approved the legislation. Navajo Nation Speaker Seth Damon signed the resolution July 22 and was delivered to the Office of the President and Vice President for Navajo President Jonathan Nez’s final signature.

Nez has 10 days to sign the legislation into law no later than Aug. 1.