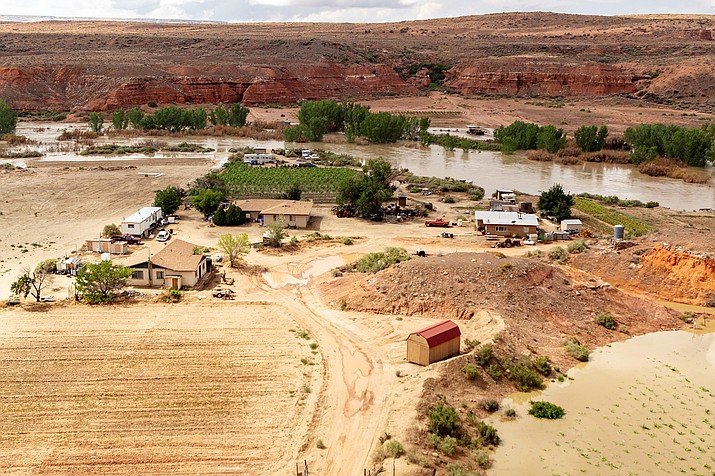 Moenkopi residents are used to seeing the Moenkopi Wash overflow its banks during the monsoon season, but many watched in awe as the monsoons showed with force and flooding that hadn’t been seen before.

Two teams have been assembled by the Hopi Tribal Incident Commander Paul Saufkie to assist in clean-up efforts.

Team 1 comprised of heavy equipment operators from the Hopi Department of Transportation (HDOT) and the Abandoned Mine employees who are detailed to the Moencopi area.

Team 2, comprised of the Department of Natural Resources program employees, District 6, Windmill crew and several HDOT employees are in the Third Mesa area.

The First Mesa area is in a waiting period, as possible rain storms may arrive later in the week and into the weekend. Both teams have worked diligently to assist in the Polacca areas.

Tribal officials confirmed at least six homes in the lower Moenkopi were impacted by flood damage and four families were forced to vacate their homes.

Team 1 will remain in Moencopi, to repair roadways in order for families return to their homes, and continue to assess the area.

Team 2 will work in the Third Mesa area to assess the area and continue to provide the community members with sandbags.

The Münqapi farming area sustained major flooding and some Moenkopi residents were cut off from access to their residences. 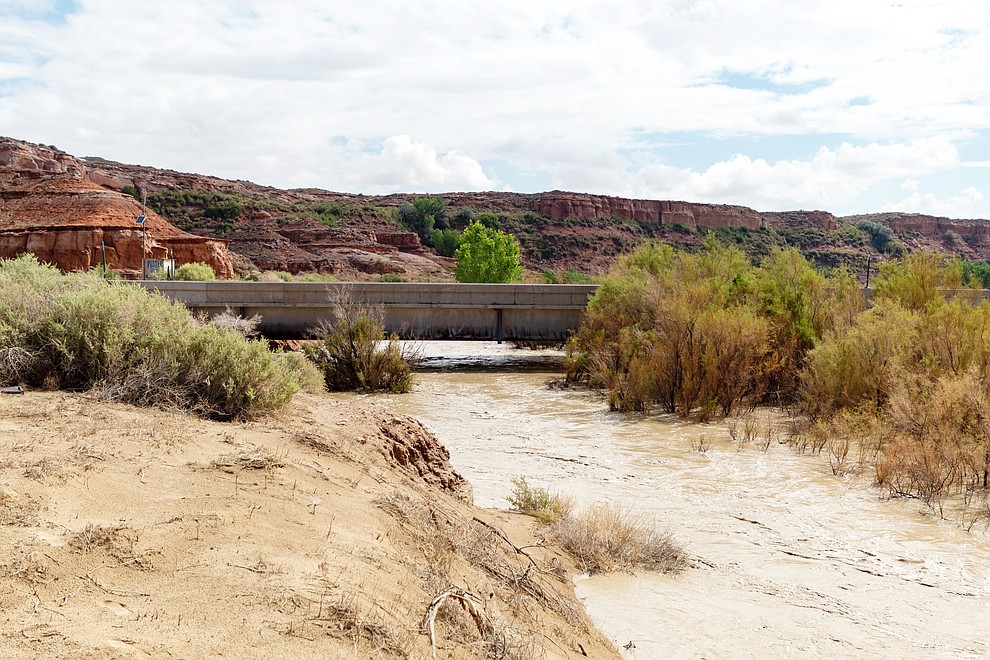 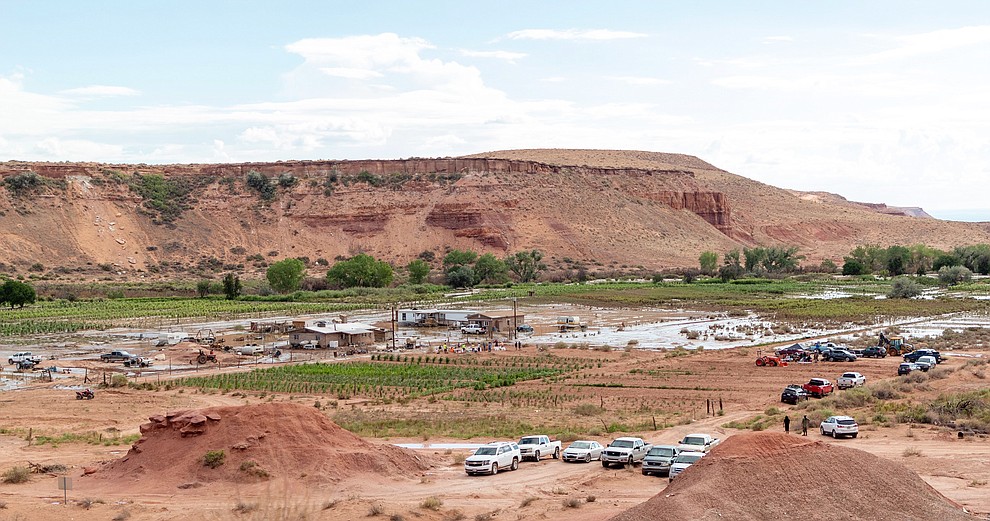 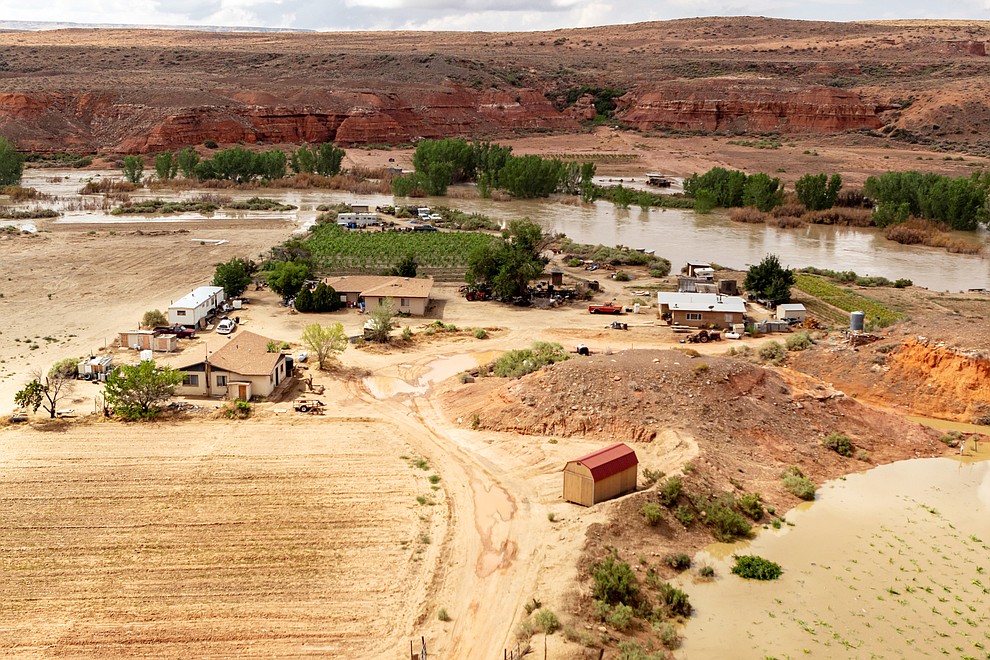 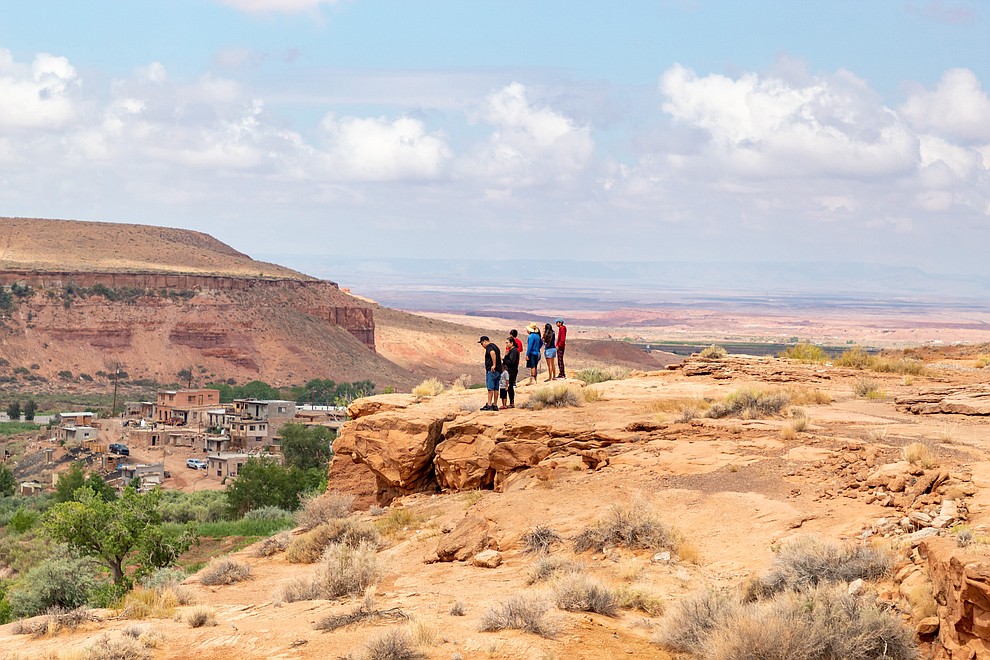 Moenkopi residents viewing the flooding from a cliff side overlook July 25. (Gilbert Honanie/NHO) 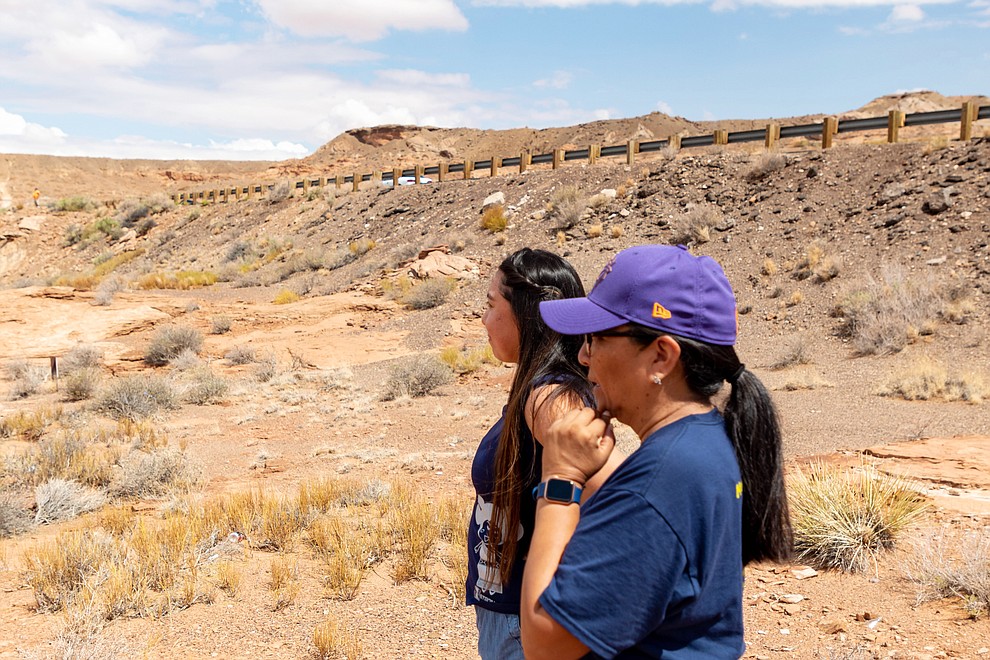 Former Miss Hopi Mikaela Gamble along with her mother Shelly Hongeva watch the flooding with concern from a cliff side vantage point July 25. (Gilbert Honanie/NHO) 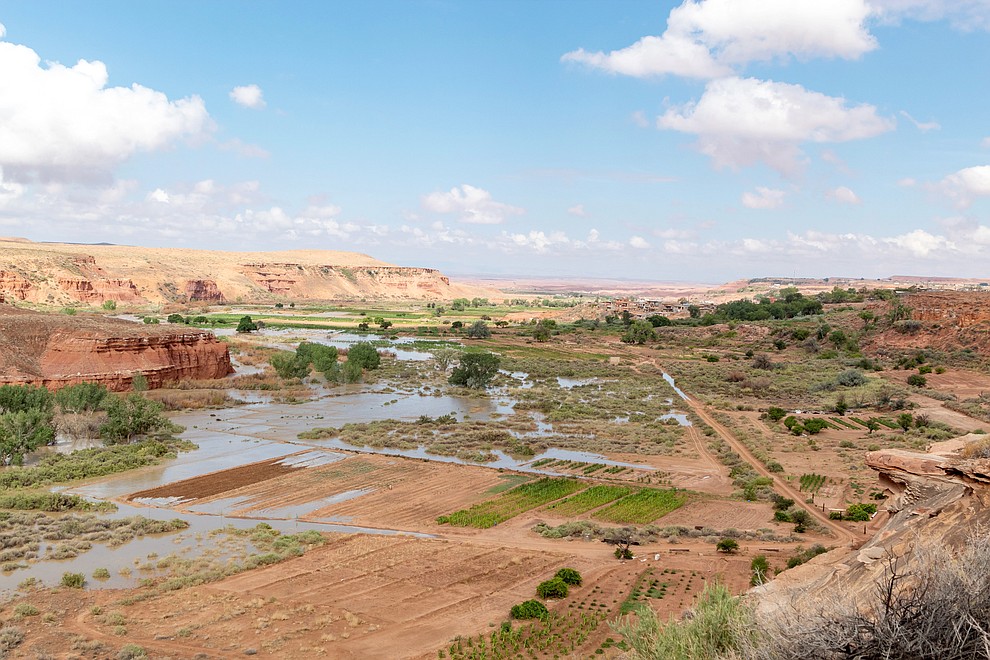 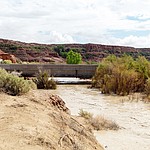 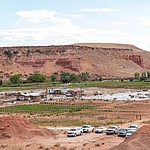 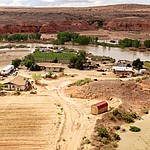 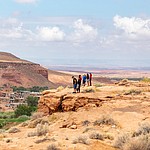 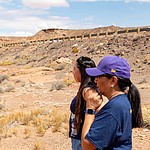 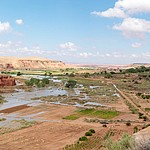 Several area farmers said they were disheartened by seeing their fields washed away and others voiced concern by the amount of water that had inundated their fields as they had recently been irrigated.

Numerous homes also sustained damage from the heavy rain, with leaking roofs and damage to water and sewers being reported, according to Hopi Vice Chairman Clark Tenakhongva.

Residents in the Silver Creek Drainage Basin from Shumway to Taylor and Snowflake were asked to evacuate the night of July 24 as strong monsoon storms moved across the area.

Volunteers and tribal workers placed sandbags at First Mesa Elementary School (FMES) as water covered the parking lot, however Tenakhongva said there was no significant damage at the FMES housing complex.

Leupp Road, (BIA Route 2), Low Mountain Road (H-60) and State Route 87 were impacted by the flooding, according to the Hopi Emergency Response Team.

Navajo Nation officials said several regional dams were assessed for integrity including the Winslow Levve. As of July 25, three dams were suspected to have been breached, including one near Low Mountain and one in the Burnside area.

A shelter for those impacted has been set up at Holbrook High School at 455 North 8th Avenue in Holbrook. A large animal livestock shelter is open at the Navajo County Fairgrounds at 404 East Hopi Drive in Holbrook.