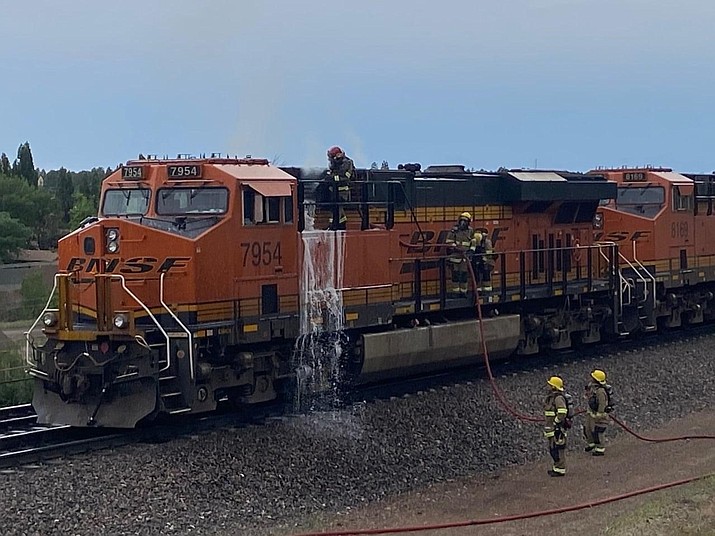 Firefighters put out an engine fire. (Photos courtesy of FPD)

FLAGSTAFF, Ariz. — On July 11, the Flagstaff Fire Department was dispatched to a train on fire near lower Coconino Avenue.

The first arriving Engine company confirmed the train was on fire and requested two additional fire trucks and a Battalion Chief to respond.

Access to the train was a challenge for fire crews because the roadway is 15 feet above the tracks.

The second unit on scene secured a water supply from a hydrant and was able to supply water to the engine closest to the train.

Hose lines were lowered down to the engine company and firefighters were able to extinguish the fire on the lead locomotive.

All in all, nine firefighters worked to safely stop the fires progression. No injuries occurred during this incident. All BNSF members who were operating the train exited safely.