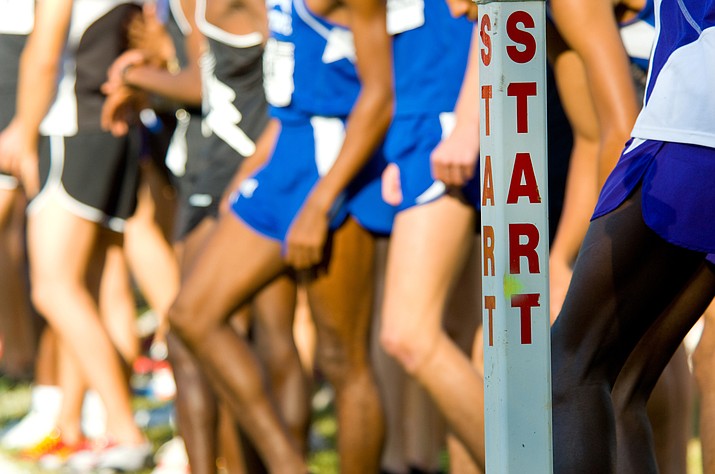 Hopi High Coach Rick Baker was inducted into the National High School Hall of Fame for outstanding leadership and coaching skills that led to a national record of 27 consecutive state cross country championships for Hopi High School athletes from 1990 to 2017. 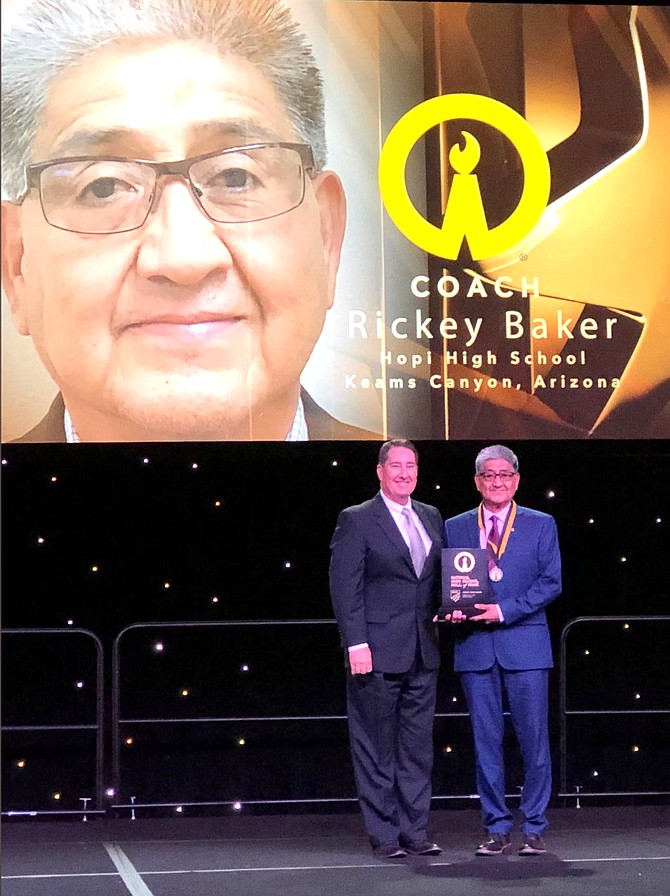 Baker was among 12 inductees, seven of whom were outstanding former high school athletes, that were honored July 1 at the National High School Hall of Fame ceremony at the Orlando World Center Marriott in Orlando, Florida. The ceremony, attended by about 500, was live streamed on the National Federation of High School’s network.

“I was pretty honored to receive this award. It was the pinnacle of my coaching career, but I remain humble because I share this award with all the people who helped me over the years. The runners were a big part of this because they were the ones doing the work. My wife Debbie, my sons, the parents of the runners, the village members, all played a role in this,” he said.

Those inducted included three who earned gold medals in the Olympics and four who excelled in professional football, basketball or baseball. Baker was among three highly successful high school coaches who were going to be honored last year, but was postponed due to the COVID 19 pandemic.

The three athletes who were awarded who won gold medals in the Olympics were Karen Bye of Wisconsin, Majcel Malone of Indiana and Michelle Smith of New Jersey.

Baker’s award stated he had become one of the most successful boys cross country coaches in the nation since he arrived at Hopi High in 1987. Three years later, Baker led Hopi High to its first state boys high school championship. His team went undefeated until 2017. The 27 straight is third all-time considering all high school sports.

Baker said this induction was important because it involved a lot of students who he worked with over 30 years with many ups and downs.

“There was the hard work that goes into coaching the kids. The blood, sweat and tears that went into this journey with all these other people,” he said.

In 1999, Baker’s team scored a perfect 15 meaning the runners finished 1-2-3-4-5. Perhaps most amazing about the streak was that the Bruins continued to win despite moving into larger school classifications. Since the streak ended, Hopi High finished runner up three years in a row.

Baker also coached the girls cross country team for three years during which they finished as runners up twice.

Additionally, he coached boy’s basketball and won the 2A state title in 1997. He also coached track and field with nine of his athletes winning state titles. During his running days, Baker was Arizona’s one mile champion in 1977.

Baker said the 90 minute ceremony was an honor, with Arizona Interscholastic Association (AIA) Director Dave Hines giving him the award.

Baker did not know the other inductees personally, but said he knew of the athletes that played for the Cleveland Browns and Denver Nuggets. 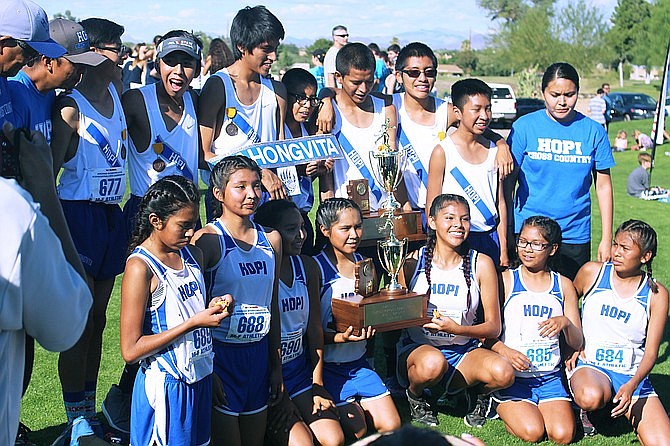 “It was awesome that I was among these athletes and Olympians who you saw on TV. It was awesome to see them in person and learn about them, they were pretty low key like you and I,” he said.

During the ceremony, Baker sat at the table with Tim Couch and said he was amazed that Couch was wiping the gravy out with his bread.

“I thought only I did that,” he said.

Baker said the induction says a lot about his cross country program at Hopi High because the kids believed in the program – most of whom were anxious to become a part of the program.

“It was important that they would come in and know the expectations of the championship attitude and style,” he said. “It made it easier to coach the kids.”

Baker emphasized sportsmanship as being a key factor in his coaching success.

“It’s really important no matter what type of race you have to respect your opponents. That’s important for the coach and all the runners,” he said.

Baker said it’s important to show respect for officials and said if they make a bad call you just have to bite your tongue and move on because they are not going to change the call anyway.

Baker also emphasized grades telling the student athletes on the first day that they would have to pass all their classes if they wanted to play. He also told athletes that they had a small team and they couldn’t afford to miss games so they had to pass everything in order to not let their teammates down. But he also told them they were there not just to pass classes but to learn.

“You will meet people who will tell you to use drugs and alcohol. You have to be a strong person to stay away,” he said.

In 2020, Hopi High did not participate in sporting events because of the pandemic. Baker said he has tried to stay in touch with his athletes so they could continue individual training. He is excited that the school has given him approval to move forward with practices as long as health protocols are in place.

“I am anxious to see the kids,” he said.

Baker again thanked all the people who helped him over the years including his coaches at Winslow High School, Haskell College and University of Oklahoma.

“The student athletes did the work and it made the coaches look good,” he said.