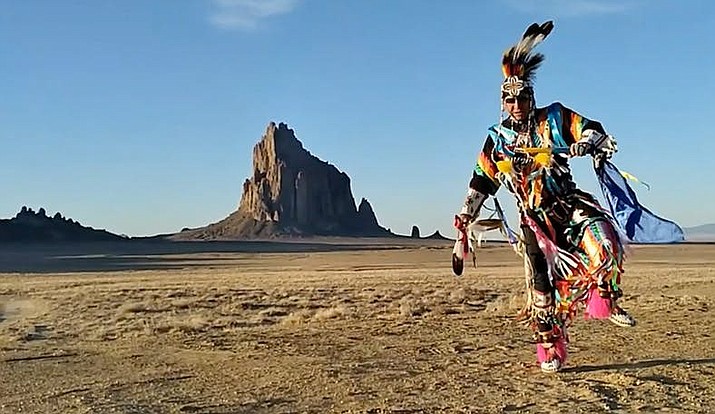 A dancer in front of the iconic Shiprock in New Mexico. (Screenshots from 'Parade Across America')

The event featured short, taped segments from every state and U.S. territory. It was streamed on various social sites. 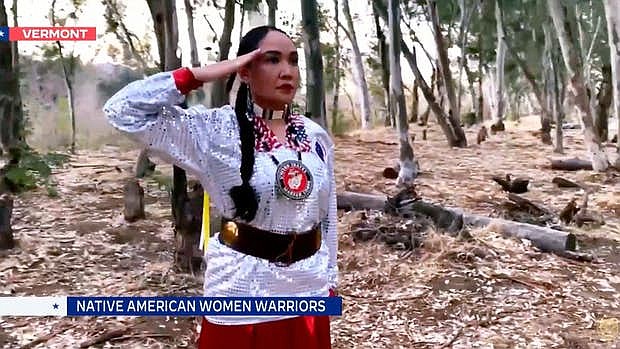 “Our mission is to recognize women veterans that have served in America’s armed forces, especially those like us of Native descent,” said U.S. Army Ret. Mitchelene Bigman, Crow, one of the group’s founders. “We are here today from across the country for this historic event. Congratulations, President Biden and Vice President Harris.”

TikTok star Nathan “DoggFace” Apodaca, Northern Arapaho, made an appearance on his skateboard, waving an American flag and skating to “Dreams,” the Fleetwood Mac song that helped catapult him to internet fame. Other skaters joined him from different parts of the country, some carrying juice containers — also part of Apodaca’s signature viral video.

In Hawaii, a small group performed a Hawaiian chant outdoors. A member explained that the traditional chant was offered as a message of inspiration, unity and new beginnings.

More than 1,600 people submitted dancing clips for a segment toward the end of the parade. 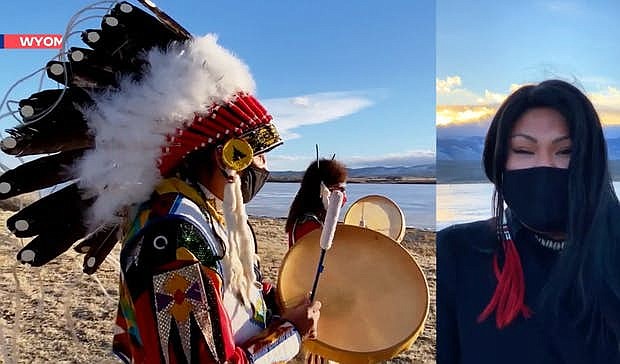 With “Dancing in the Streets” playing, the parade showed short clips of dancers, including Phoenix-based Indigenous Enterprise and another traditional powwow dancer.

Indigenous Enterprise founder Kenneth Shirley, Navajo, is one of four dancers in the troupe. The clip showed the troupe dancing at South Mountain in Phoenix. The clip was filmed earlier this month and caught the attention of filmmaker Kenny Ortega, who directed the “Dancing in the Streets” segment.

Before the pandemic, the troupe spent five years travelling around the country and Australia to perform. Shirley said he’s excited to tour again once it's safe to do so.

“All of us are really proud to be representing Indigenous people all over, and even just being on the inauguration for a couple seconds will go a long way for people all over,” Shirley said.

The full parade can be seen at the following: https://www.youtube.com/watch?v=98BP_qex5YM&feature=youtu.be.