Bears Ears is just the beginning 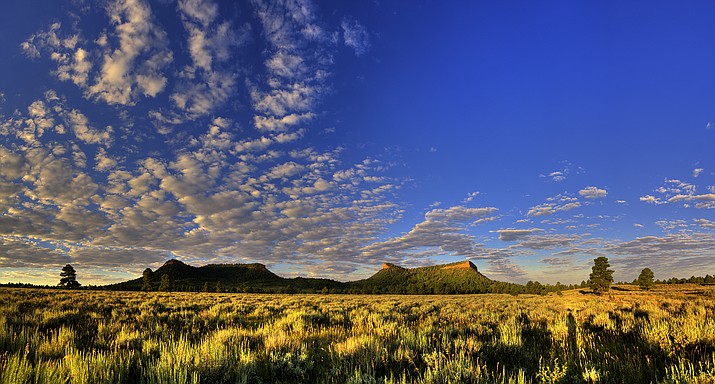 The sun rises over Bears Ears illuminating its iconic bears ears. Tribal leaders are hoping President Joe Biden restores the boundaries of the national monument, but say that should only be the beginning of a commitment to protect public lands. (Photo/Tim D. Peterson)

SOUTHERN UTAH — Long before former President Barack Obama established Bears Ears National Monument — and former President Donald Trump nearly destroyed it — these geographically stunning southern Utah canyons were the setting of countless battles over who belongs to this land and whose history is worth saving.

In the first weeks, if not days, of his administration, President Joe Biden is expected to restore the boundaries of two national monuments in Utah, Bears Ears and Grand Staircase-Escalante. But tribal leaders say that returning millions of acres should be only the beginning of Biden’s commitment to protect more public lands — and that tribal nations should be leading the charge. It’s more than just the threat of degradation, they say; Indigenous voices are long overdue in public-land management.

While Biden’s nomination of U.S. Rep. Deb Haaland as secretary of the Interior has given Indian Country reasons for hope, tribal leaders and advocates say she should be only one of many Indigenous people working with or inside the new administration. Biden has pledged to work toward protecting 30 percent of the country’s land and oceans by 2030. Tribal nations and communities have always asserted that their ties to and knowledge of the land should be consulted when land-management decisions are made. That’s a notion likely familiar to Biden.

The Bears Ears Inter-Tribal Coalition, a group of tribal governments, worked with the Obama administration to create the original boundaries of Bears Ears. The partnership demonstrated an unprecedented reliance on tribal consultation for the federal government. For many Indigenous leaders, it became a blueprint for how to involve tribes in the stewardship of lands that were originally stolen from them but are also important to the country as a whole.

But many locals, most notably those who descend from Mormon settlers with a long distrust of government intrusion, saw the expansion of federal protections over millions of acres of Utah’s iconic landscape as government overreach. Painted on business windows, stapled to cattle fences, and printed on bumper stickers, lawn signs and billboards, messages advocating either for or against the monument dotted every pocket of southeastern Utah.

For Indigenous peoples, both inside and outside of Utah, the conflicts were only the most recent in a long history of colonial theft and cultural genocide. Five tribes were involved in the Bears Ears Inter-Tribal Coalition, which were consulted in the monument’s establishment, and three of them — the Hopi Tribe, the Pueblo of Zuni and the Ute Mountain Ute Tribe — had been forcibly removed to reservations outside Bears Ears’ original boundaries. And for many of the Indigenous people who call Utah home, racism — both overt and systemic — remains a daily trauma, whether it appears in a racial slur hurled at a Little League game or when the public is allowed to trample the ruins of ancient dwellings.

By the time Trump reduced the monuments in 2017, the battle over protected lands had long since spilled over into local Utah politics. In 2014, San Juan County Commissioner Phil Lyman led a group of ATV riders through a canyon where off-road vehicles are prohibited due to the presence of numerous important archaeological sites. Lyman, now a Utah state representative, was convicted and eventually spent 10 days in jail and ordered to pay $96,000 in restitution. He was pardoned by President Trump in December.

When Willie Grayeyes, a Navajo community organizer and prominent advocate for Bears Ears, ran for the San Juan County Commission in 2018, his attempt to make the commission majority Navajo for the first time in history was met by political opposition tinged with racism.

Curtis, whose district covers Bears Ears, has always opposed the designation of the national monument. His position has put him sharply at odds with tribal leaders before, but he said that recently he has made efforts to conference with them, including those involved in the Bears Ears Inter-Tribal Coalition. Curtis said he believes that allowing presidents to change monument boundaries at the stroke of a pen leaves relationships between the federal government and tribes on shaky ground.

“I think we have to remember, just like these Native Americans have traditions and history associated to the land — and sure, many of them predate the others — but many of these other people have these life commitments to this land and a way of life. And when there’s a presidential declaration, it tends to discount those, whether it’s Native Americans or pioneers.”

For the members of the Bears Ears Inter-Tribal Coalition, that history is exactly what is at stake, and it reaches back much further than contact with settlers. Bears Ears continues to be an important place of worship for his people and has been since time immemorial, said Clark Tenakhongva, vice chairman of the Hopi Tribe and one of the coalition leaders. 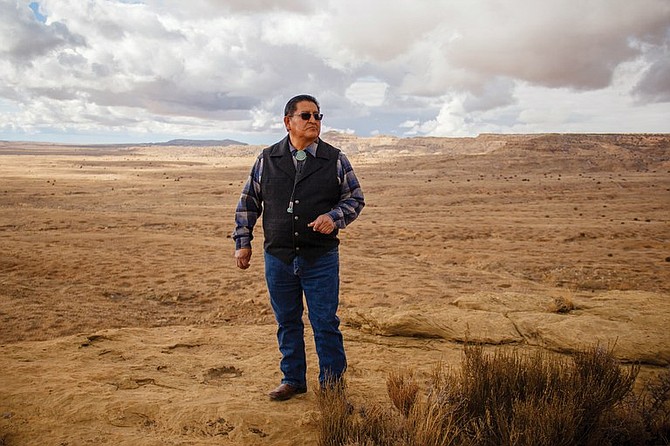 “To other people that view it as just a bunch of rocks and rock art and small dwellings that are placed there — they don’t know the in-depth reasons of why the structures were built,” Tenakhongva said. He often uses the concept of the kiva — a circular, underground Puebloan meeting room — as a metaphor to explain the gravity of these cultural sites. “I try to focus on the relationship. Like a church and the kiva: What is the resemblance? It’s a place of worship. It’s a place of prayer, and it’s a place where community gathers. This is a place where a lot of decisions of culture, hope and recognition of life (are made).”

After tribes forcefully rebuffed Curtis’ efforts to redraw and manage Bears Ears in 2018, Curtis expressed his willingness to communicate with the tribal nations. Tenakhongva wrote him a letter offering to explain the importance of Bears Ears and its cultural sites, and the two met in Washington, D.C., where Tenakhongva invited Curtis to “come out to Hopi and see what Hopi is all about.”

Curtis was invited to observe one of the most sacred summertime ceremonies of the Hopi Tribe. “It really took him to a different state of respect,” Tenakhongva said. “From there, (Curtis) said, ‘I am so grateful that you allowed me to be part of this. I know I’m not a Hopi. I know I’m an Anglo. I know I practiced different religions, but this is something that I will deeply take and sincerely respect and never forget.”

They have even hiked together into Bears Ears to see some of the important cultural sites still intact. Tenakhongva explained their importance to the Hopi people and why they are in need of protection. “We both are family men, and those are things that we related to — meaning our family first, our people, the protection of the land and the importance of culture and religion and practicing of religion,” he said.

When President Trump reduced the monument’s boundaries in 2017, many of these cultural sites, including the kivas, were left unprotected, vulnerable to looting and desecration. While areas outside the reduced boundaries of both Bears Ears and Grand Staircase-Escalante are still protected by tribal and state laws, their removal from national monument status opened them back up to mining claims and oil and gas leasing.

Because archaeologists only had access for a couple of years to the more than 1 million acres that Trump removed from Bears Ears, many of the important cultural and historical sites have yet to be adequately documented. Now, archaeologists are using decades-old records, some handwritten and others mere sketches, in the race to re-map and ideally stabilize archaeological sites before they deteriorate any further. Many are also working to repair trails to keep the public from trampling fragile ruins.

“When Trump reduced the monument and basically cut out a lot of culturally significant areas, that created a lot of risk,” said Hopi archaeologist Lyle Balenquah. “So they weren’t viewed as important. They were cutting out part of the narrative.”

“It’s been difficult working in this administration; we’ve been forced by the federal government to approach (Bears Ears) piecemeal-like,” said Carleton Bowekaty, the lieutenant governor of the Pueblo of Zuni. He called the monument reductions a slap in the face to tribes. “We fought hard for it.”

The Biden transition team has been in conversation with the Zuni’s legal team since December, Bowekaty said, in stark contrast to the relationship between the tribe and the federal government under the Trump administration, which routinely failed to work with tribal nations as respected sovereign governments. Bowekaty remains hopeful that Biden will put the same energy into rebuilding the tribal coalitions that were formed by President Obama. “Now, under this administration, we can address the bigger picture and make sure that there’s no further desecration. There’s no further looting. There’s no further negative effects from people visiting without being educated.”

For many, like Clark Tenakhongva, even if Biden restores both national monuments in Utah, that’s just the beginning of the conversation. “Then what happens after that?” Tenakhongva said. Like other tribal leaders, he wants some reassurance that land protections can no longer be so easily diminished. “I would like to have a permanent, formal legislation that — no matter what other president comes in 20 years from now, 40 years from now — would not undo what work we have sacrificed our lives basically for.”

Editors note: This story is reprinted with permission from High Country News from its print story from Jan. 22 at https://www.hcn.org/issues/53.2/indigenous-affairs-bears-ears-national-monument-tribal-leaders-say-bears-ears-is-just-the-beginning