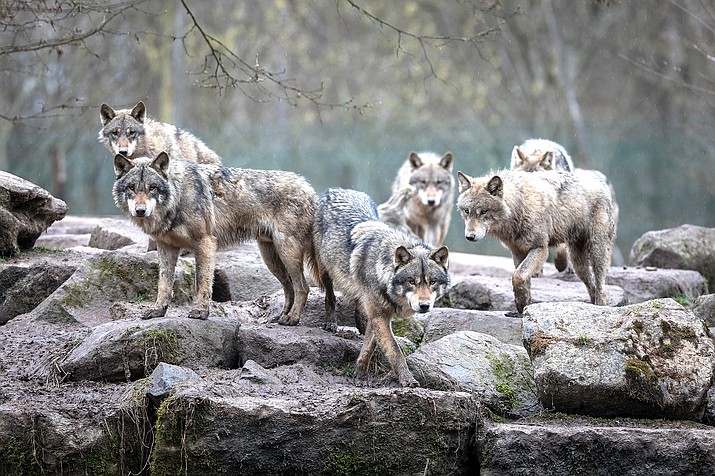 WASHINGTON — Several environmental groups have come together to try to restore endangered species protection for the gray wolf.

On Jan 14, Earthjustice filed a lawsuit against the Trump administration on behalf of Defenders of Wildlife, the Center for Biological Diversity, Sierra Club, National Parks Conservation Association, Oregon Wild and the Humane Society of the United States.

In October 2020, the U.S. Fish and Wildlife Service removed the gray wolf’s protection under the Endangered Species Act.

“The gray wolf has exceeded all conservation goals for recovery. Today’s announcement simply reflects the determination that this species is neither a threatened nor endangered species based on the specific factors Congress has laid out in the law,” Interior Secretary David Bernhardt said at the time.“

But environmental groups do not believe that the gray wolf has fully recovered.

“This is no ‘Mission Accomplished’ moment for wolf recovery,” said Kristen Boyles, an Earthjustice attorney. “Wolves are only starting to get a toehold in places like Northern California and the Pacific Northwest, and wolves need federal protection to explore habitat in the Southern Rockies and the Northeast. This delisting decision is what happens when bad science drives bad policy.”

The gray wolf was close to extinction when it was listed as an endangered species 45 years ago.

As the western United States was vigorously settled in the late 19th century, bison, deer, elk and moose populations were severely depleted. These animals were important prey for wolves, so wolves turned to livestock for nourishment.

To protect livestock, ranchers and government agencies began a campaign to eradicate the wolf.

Bounty programs were created and continued as late as 1965, offering $20 to $50 per wolf. Wolves were trapped, shot, dug from their dens, and hunted with dogs. Poisoned animal carcasses were left out for wolves, a practice that also killed eagles, ravens, foxes, bears, and other animals that fed on the tainted carrion.

Gray wolves once ranged from Alaska to Mexico, but the government-sponsored predator control programs and declines in prey brought the wolf to near extinction. When the wolf was finally listed on the Endangered Species list, there were only 1,000 known animals in the lower 48 states.

Of those wolves, only a few hundred remained in extreme northeastern Minnesota and a small number on Isle Royale, Michigan.

As a listed species, wolves became protected from unregulated killing and through increased scientific research, better management programs and public education, the population grew. Now, the USFWS estimates there are more than 6,000 gray wolves in the lower 48 states including about 2,921 wolves in Minnesota, 16 on Lake Superior’s Isle Royale, 687 in Michigan’s Upper Peninsula, and 782 in Wisconsin.

Alaska wolf populations have remained stable with an estimated 7,700 to 11,200, according to the U.S. Fish and Wildlife Service.

With a healthy wolf population, studies have shown positive effects on many ecosystems. At Yellowstone National Park, studies found that ravens, foxes, wolverines, coyotes, bald eagles, and even bears benefit because they feed on carcasses of animals killed by wolves.

According to the USFWS, the coyote population is stabilized when there is a healthy wolf population, as wolves view them as competition. Elk also change their behavior to avoid wolf predation, which allows healthy willow, aspen and cottonwood regrowth. This, in turn, provides food for beavers and habitat for songbirds. The ecosystem changes and cascading effects continue and are expected to do so for some time

After the removal of the gray wolves from the Endangered Species Act, Bernhardt said state and tribal wildlife management agencies would assume responsibility for managing the wolves in states with gray wolf populations, while the Fish and Wildlife Service monitors the species for five years to ensure the recovery stands.

However, environmental groups do not believe the gray wolf population has been restored and still needs the Endangered Species Act protection.

“Stripping protections from gray wolves in the lower 48 — before they have fully recovered and in the middle of a wildlife extinction crisis— was based on politics, not science,” said Bonnie Rice, endangered species campaign representative at the Sierra Club. “Gray wolves are still missing from vast areas of the country. Without endangered species protections, wolves just starting to return to places like California and the Pacific Northwest will be extremely vulnerable. Wolves are critical to maintaining the balance of natural systems and we are committed to fighting for their full recovery.”