11 miles of Navajo Route 27 paved between Chinle and Nazlini 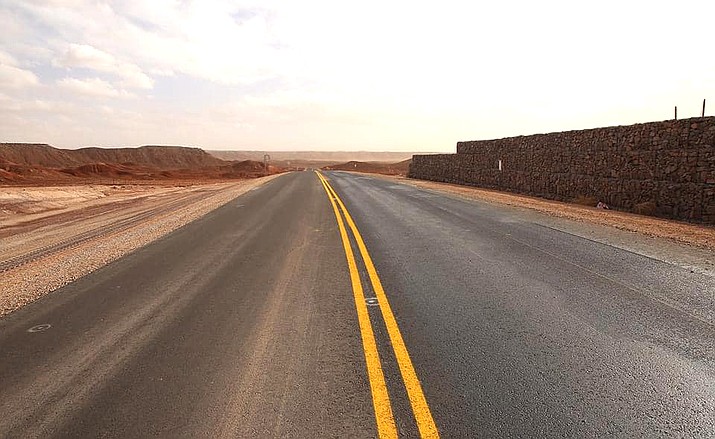 The project cost is $33.3 million and the selected contractor, NECA, paved over ten miles of roadway, addressed grade and drain, installed signage and crosswalks and constructed a roundabout at the intersection of N27 and Navajo Route 7 in Chinle. 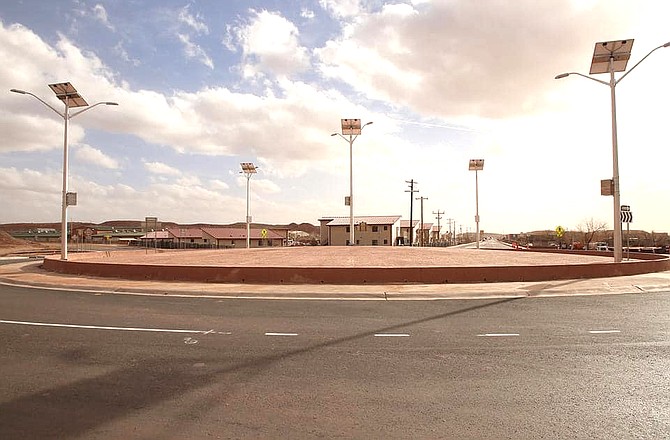 In November, NECA continued grading subgrade and placing aggregate base course on N27, N105 and at the roundabout on N7 to prepare for paving. Sections of N27 were paved including turnouts. Concrete spillway forms were set and concrete was poured at the roundabout. Sidewalks along N27 were set for concrete pouring. At the location of two barrel box culverts on N27, NECA saw-cut asphalt to install barrier walls and also installed guardrails.

In December, NECA excavated and worked on embankments at an open channel on N27. A splitter island was installed at the roundabout. An LED crosswalk sign with flashing lights including sidewalks was installed at the high school along N7. All routes (N7, N105 and N27) were paved. Sub-contractor San Bar installed permanent signs on all routes.

With paving completed, the contractor and subcontractors are attending to final details on the project punch list. The project is approximately 95 percent complete.

“This project benefits more than just traffic,” Mann said. “Our community has been trying to get a c-store constructed for years and paving N27 will help a lot.”

Navajo Nation President Jonathan Nez agreed that the N27 project will foster opportunities for economic development along the route.

“Many of our communities on the Navajo Nation are rural and hard to get to,” President Nez said. “This project improves access for our emergency responders and public service agencies that are critical to the health and safety of our communities. Securing the route also secures local businesses.”

“We’re very proud of this project and how exemplary it’s turned out,” said Navajo DOT Executive Director Garret Silversmith. “Now that we see the completed project coming to fruition, we again thank all those elected officials, chapter officials and council delegates who pushed for this project to be constructed.”

Navajo DOT thanks all Chinle and Nazlini Chapter officials past and present, the Navajo Nation Office of the President and Vice President, the 24th Navajo Nation Council and previous councils, NECA and the Navajo Region Bureau of Indian Affairs.