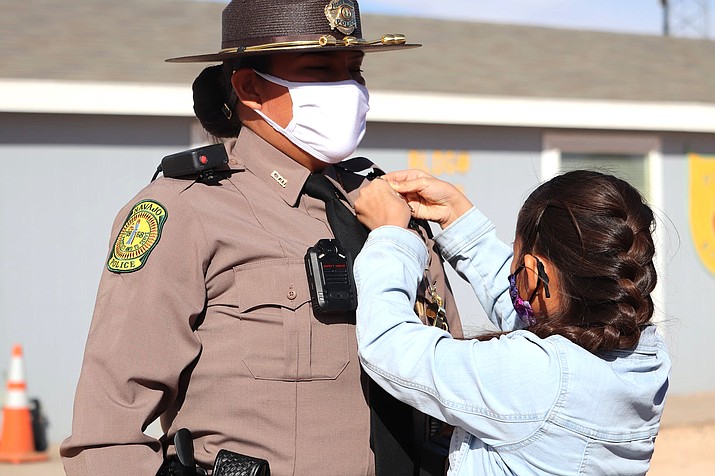 A graduate of the Navajo Police Training Academy is pinned during a ceremony Jan. 2 in Chinle, Arizona. (Photo/Navajo Nation Police Dept.)

CHINLE, Ariz. — Despite the onset of challenges in the midst of a global pandemic, Class 55 of the Navajo Police Training Academy persevered to become the newest generation of police officers with the Navajo Police Department.

During the ceremony, Navajo Police Chief Phillip Francisco reminded officers to reflect on the symbolic meaning of the police badge and encouraged the officers to lead with character and professionalism.

“Although the badge is a powerful symbol and it is an honor to wear, of even greater importance is the change to who you are inside, that no one can see. Even with your badge and uniform off, you now embody the ideals of duty, protection, selfless service, and warrior spirit. The badge does not give power, all the great things that you will accomplish will come from within you from now on,” he said. “Always wear your badge with honor and pride, but my challenge to you is to let your character and professionalism be what people see and respect.”

Originally expected to graduate in early October, Class 55 brought in the new year after more than nine months of expectation. 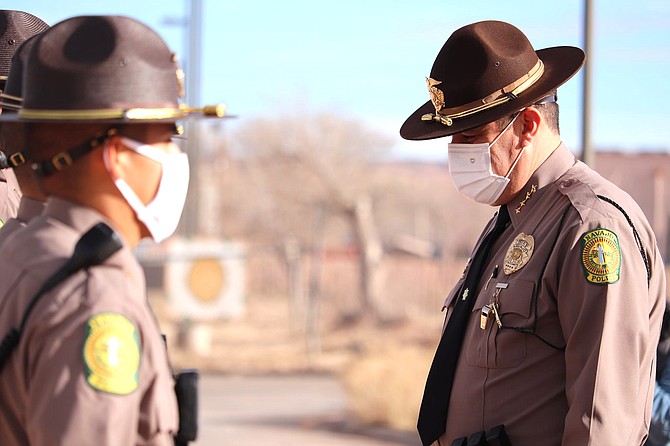 The class was scheduled to begin training in April, however, training was temporarily postponed once the coronavirus was detected on the Nation.

While academies across the United States resumed, the Navajo academy elected to refrain from training activities for three months to research and develop best practices under COVID-19 conditions before formally resuming its program.

After a three-month hiatus, the academy resumed operations in mid-June with 25 recruits.

However, the class was again suspended after seven recruits tested positive for coronavirus in July. At that time, the class had sixteen recruits.

Faced with a need to fill positions of veteran officers, who had announced retirement plans prior to the pandemic, as well as trying to plan for another wave of coronavirus cases and a shortage of officers, the training academy worked to do all they could to safely resume the program.

Francisco said the agency needed to have its academy training in order to produce reliable officers to serve the public. At that time, he said the academy would implement whatever actions necessary to safely continue training.

“There will be difficulties across all spectrums of reopening; whether it’s this academy, government services, school services, or any other public interactions. We will acknowledge those challenges, examine our systems in place, and continue to move forward,” he said.

In June, the Navajo Police Department reported 13 officers had tested positive for COVID-19, with four officers in isolation and nine having already recovered and returned to duty.

On June 19, Officer Michael Lee with the Chinle District passed away because of COVID-19.

At that time, the Chinle District had the highest number of officers in isolation, which challenged the department in terms of coverage and also amplified the need to resume the academy.

In order to resume training, recruits and instructors went through a rigorous process of regular screening and testing.

The academy also established protocols should a positive case arise during the academy. If a recruit tested positive at any time the recruit was separated from the facility and remaining recruits were asked to implement quarantine measures with everyone being retested by the local healthcare facility, according to NPD.

Upon graduation, the academy had eight recruits who will now go on to serve with the Navajo Nation Police Department.

A new generation of officers

Because of the pandemic, the graduation ceremony was closed to the public with family and friends witnessing the graduate’s milestone online via live stream, with congratulatory remarks provided by Navajo Nation President 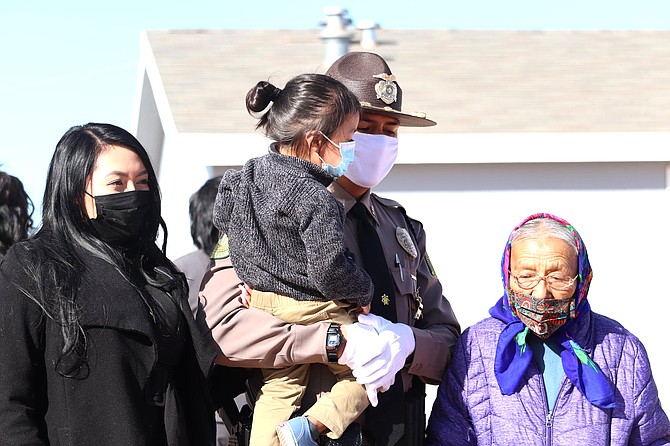 Class 55 of the Navajo Police Training Academy is the fourth law enforcement class to graduate from the academy since it reopened in 2018.

On Jan. 11, the academy hosted a recruit drive in Chinle. The new class of recruits is slated to begin training in March.