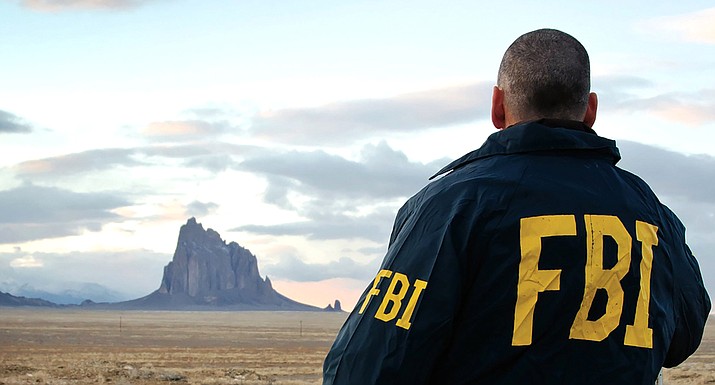 In an attempt to reach a wider audience, the Federal Bureau of Investigation (FBI) has released 13 missing person and homicide posters in the Navajo language. The FBI is responsible for investigating violent crimes, kidnappings and other cases on Native American reservations. The posters were developed in coordination with the Navajo Police Department, BIA, and other agencies. (Photo/FBI)

PHOENIX — On August 19, 2017, a body was discovered inside a hogan on Shadow Farm Road in Rehoboth, New Mexico. An autopsy indicated the man, Donnie Wade Barney, 33, had died from stab wounds to his torso. The case, deemed a homicide, has never been solved and Barney’s murderer remains unknown.

Today, the FBI is hoping to change that case and others by publishing more than a dozen missing person and homicide posters in the Navajo language.

“The goal of our partnership with the Navajo Nation is to help them make their communities safer,” said James Langenberg, special agent in charge of the Albuquerque FBI Division. “The FBI has made it a priority to translate as many posters as possible into the Navajo language so we can solve these cases and provide justice for the victims and their families.”

By law, the FBI is responsible for investigating the most serious crimes within Indian Country—homicide, child sexual assault, kidnapping and violence against women among them.

Nationwide, the FBI has investigative responsibilities for about 200 federally recognized Indian reservations.

The agency has worked on tribal lands since the 1920s, with more than 100 agents in 19 of the Bureau’s 56 field offices working on Indian Country cases full time.

To get the posters translated, the FBI depended on partnerships with local, federal and tribal law enforcement partners.

Navajo Nation Police Chief Phillip Francisco said he appreciated the effort and commitment the FBI and other federal partners demonstrated in working alongside their department and the Navajo Department of Criminal Investigations in solving cases.

“The posters developed by our federal partners bring light to these cases by recognizing and creating awareness through a large population of our Navajo Nation who read and speak the Navajo language,” he said. “We continue to ask the public for any information that will help bring justice for these victims and answers to those with missing loved ones.” 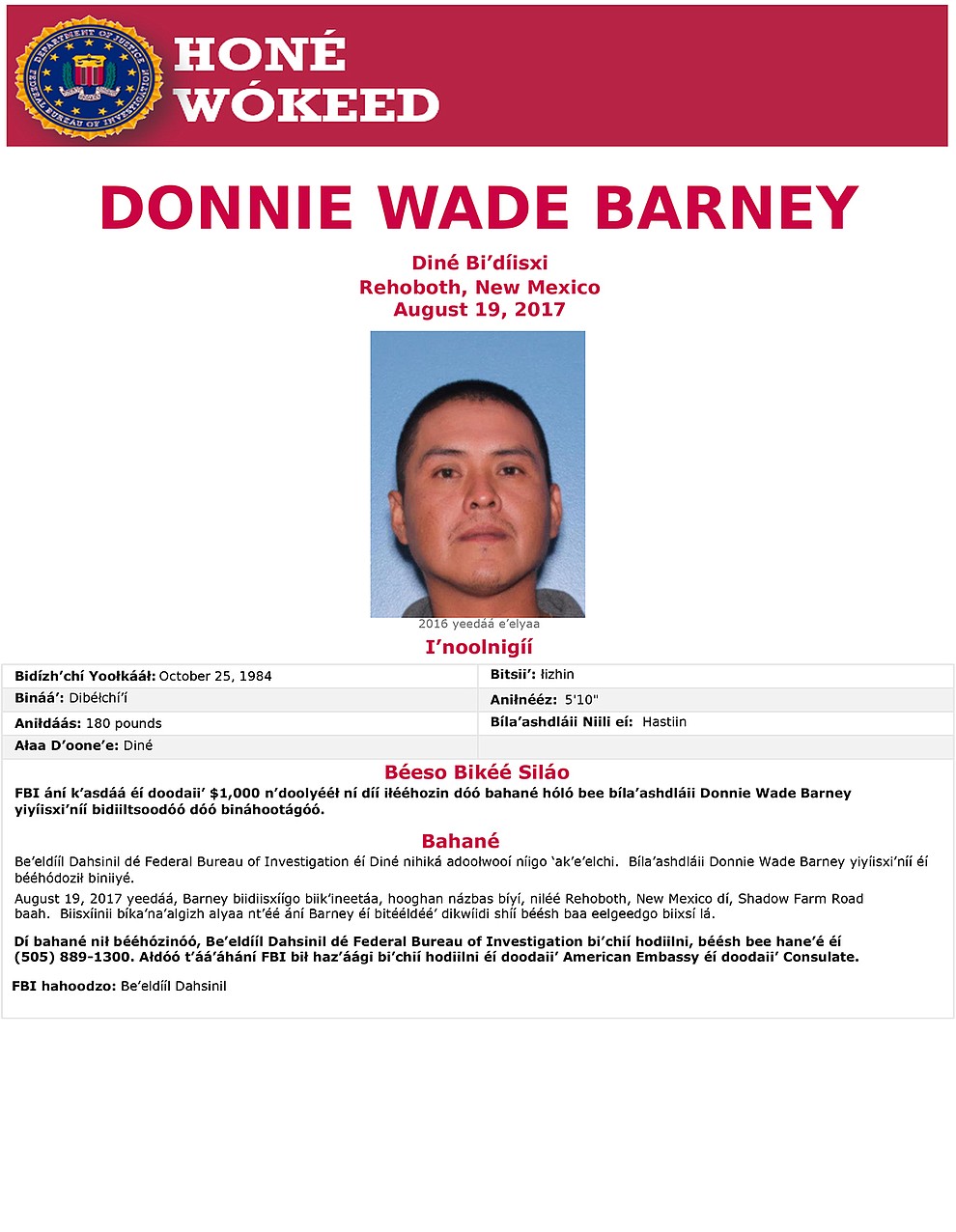 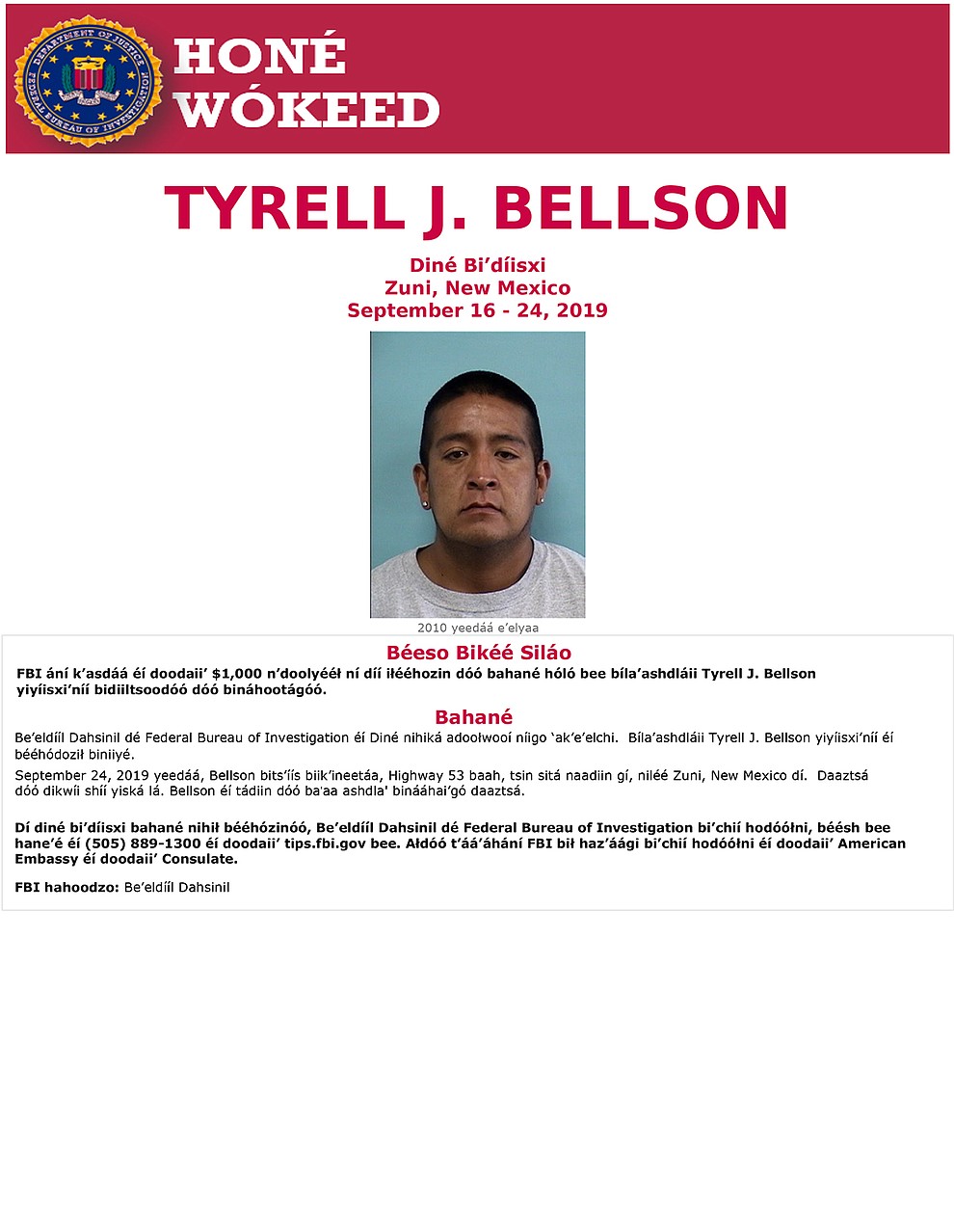 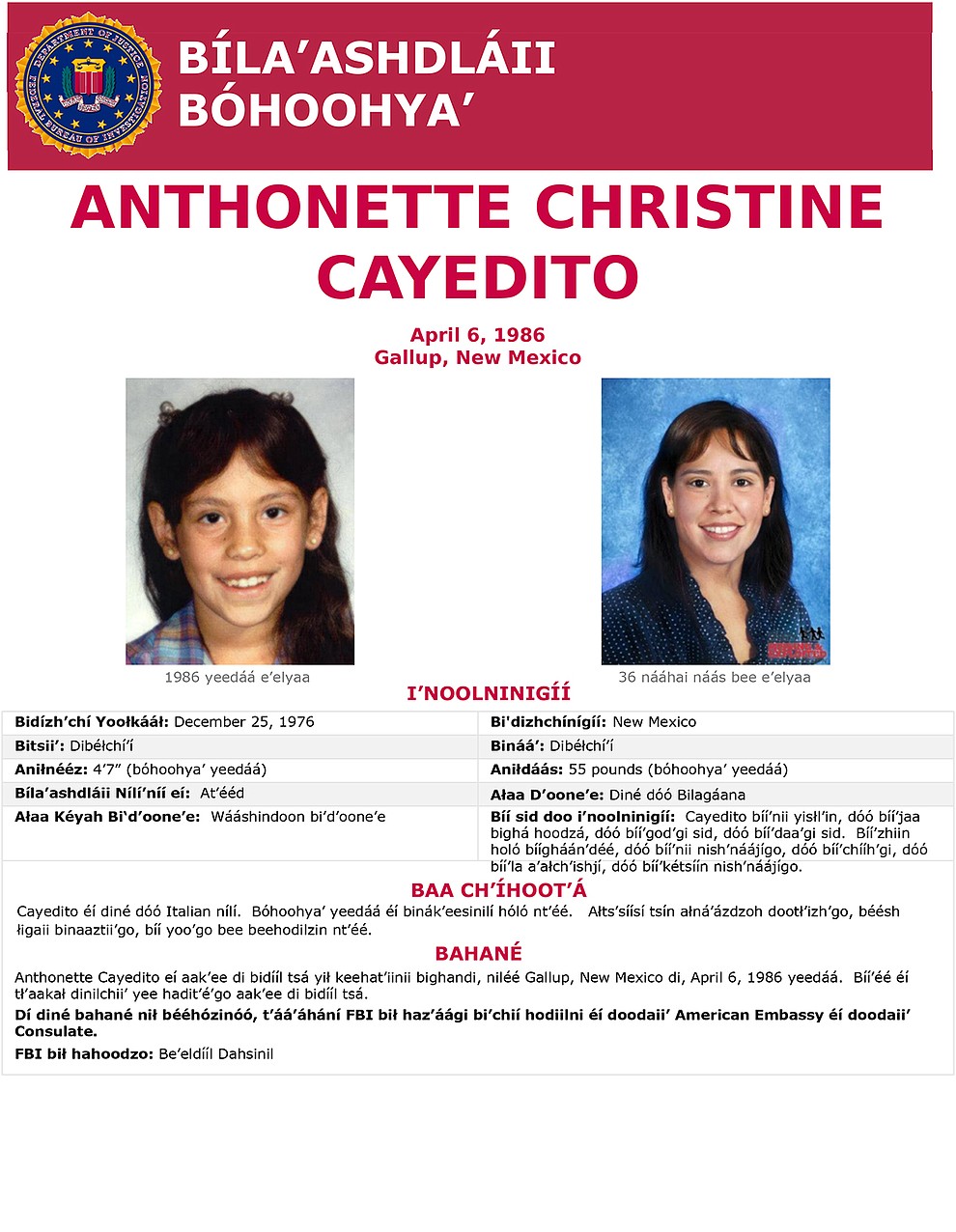 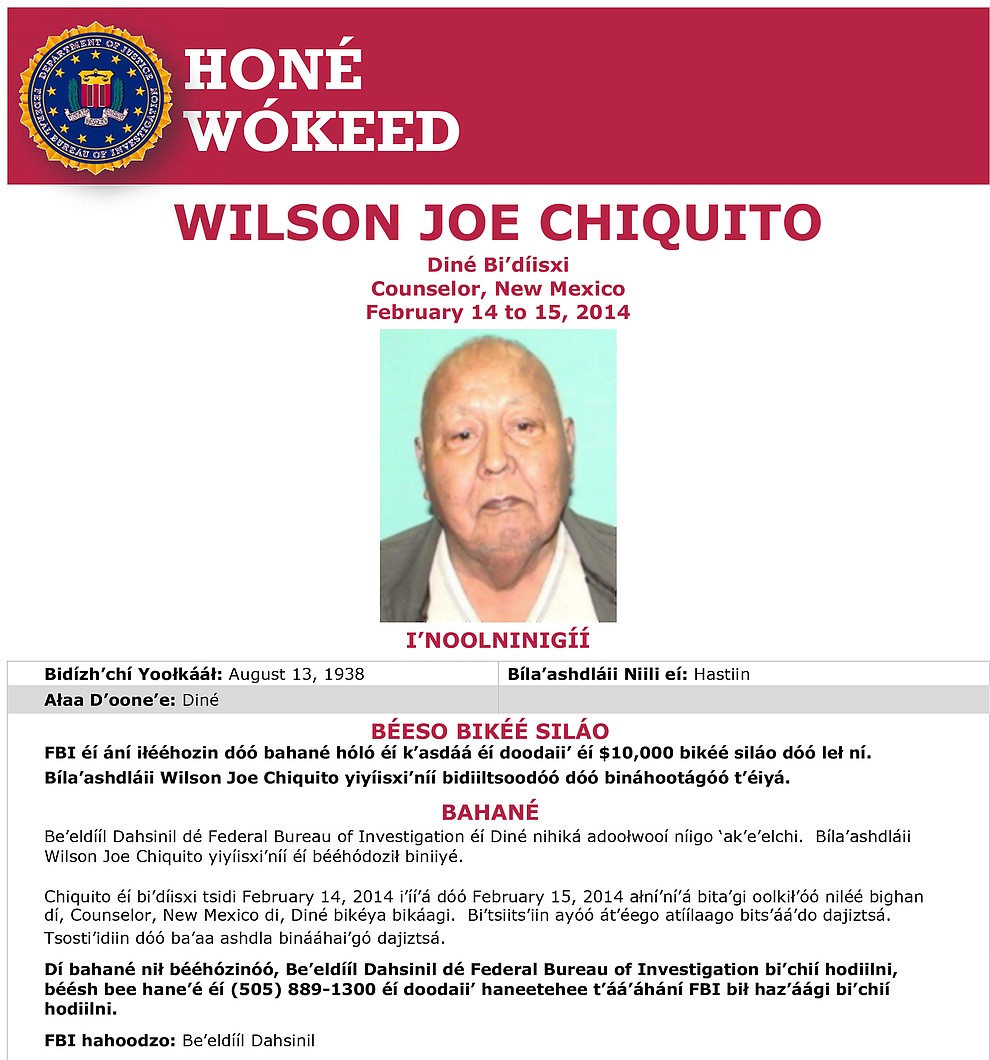 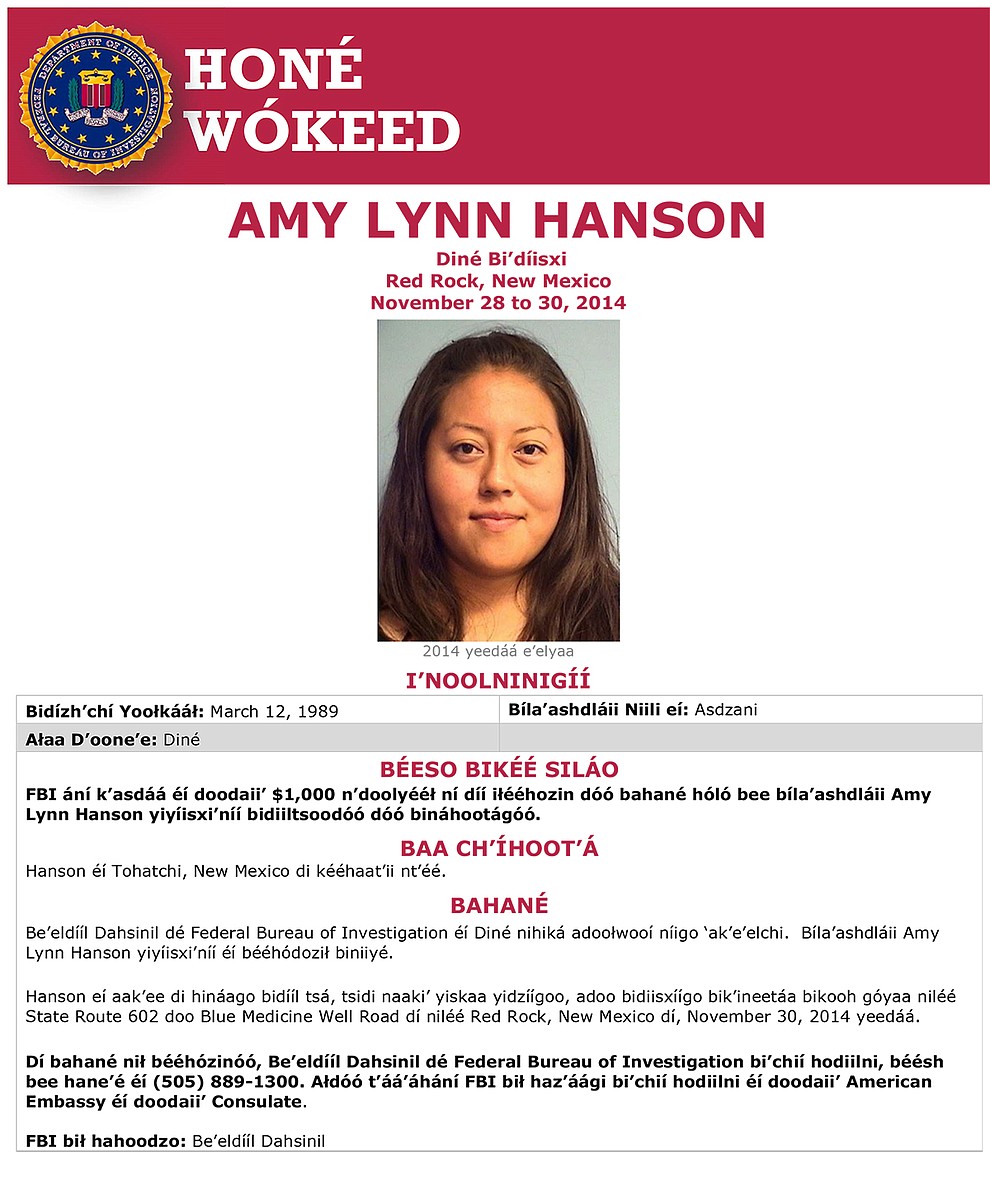 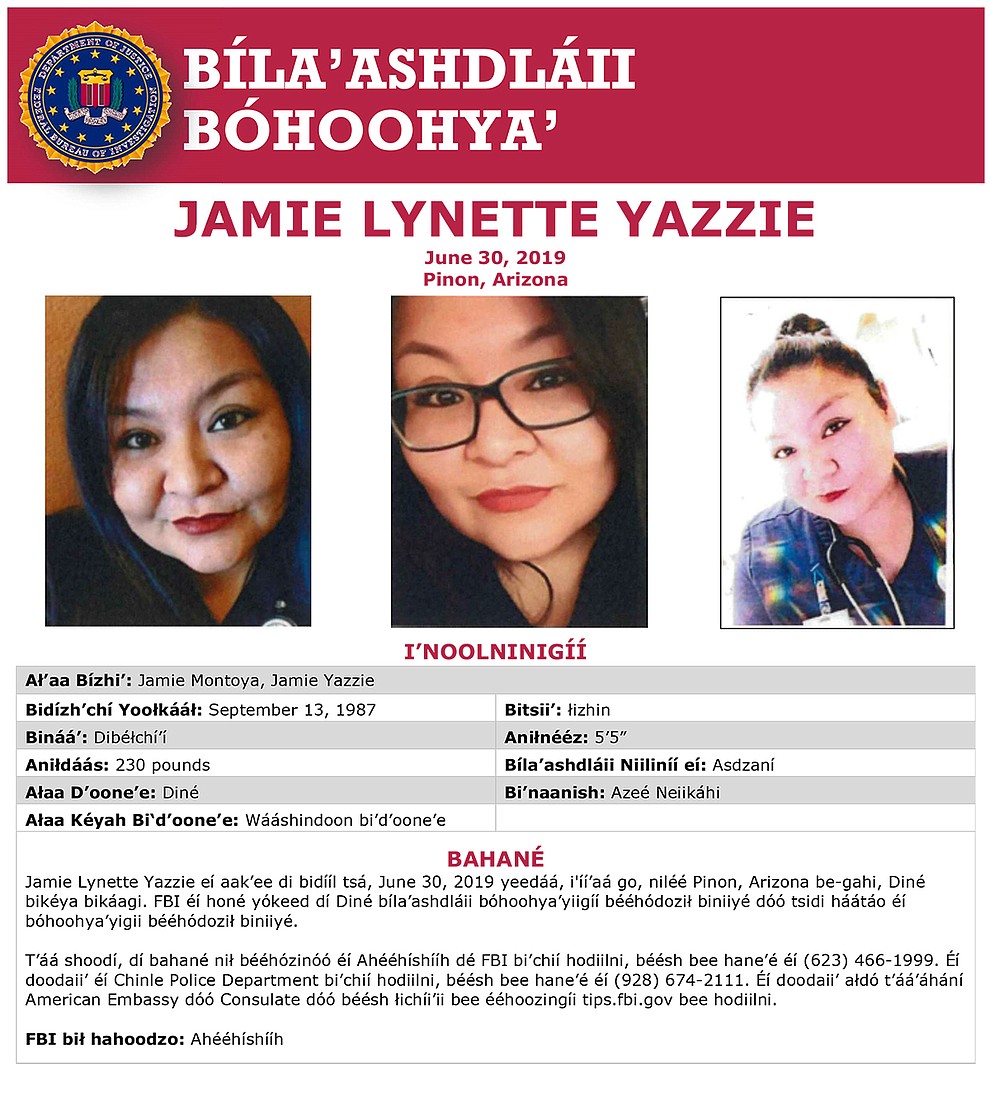 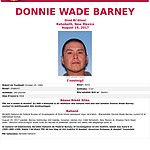 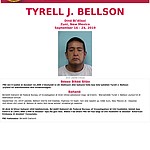 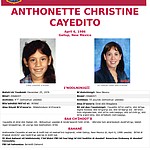 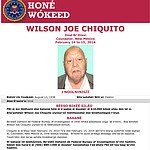 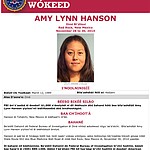 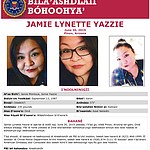 The FBI began developing the posters earlier this year and released the first poster in March.

According to the FBI, these posters are believed to be the first time FBI posters have been issued in a Native American language.

“The goal is that members of the Navajo Nation who feel more comfortable reading and listening in Diné will study these posters and call us if they have any information,” said Frank Fisher, a public relations officer in the FBI's Albuquerque office.

The FBI had planned to visit various chapter houses to discuss and distribute the posters, while asking for information, but that plan was put on hold as the coronavirus began to impact the Navajo Nation.

“We had an invitation to visit the Counselor Chapter House in March to discuss the Wilson Chiquito homicide, but the virus forced them to postpone that meeting,” Fisher said. “As soon we are able, the FBI will seek invitations to speak to as many chapters and other groups as possible about this campaign.”

Prior to the 2020 census, the Navajo Nation had approximately 332,129 enrolled members.

The FBI was not able to provide immediate information as to whether or not there has been an increase in crimes investigated on the Navajo reservation recently.

“Based on what I’ve seen and how busy our agents have been, the level of violent crime seems to be holding steady,” Fisher said. “As for missing person cases, the FBI investigates those whenever we suspect foul play might be involved.”

There are currently 13 cold case posters in Navajo.

The posters are listed on the FBI’s website and include photographs, incident details, physical descriptions and rewards offered.

The agency stated that it has not yet received significant tips from the posters.

“This is just the beginning of what will be a sustained campaign to make sure everyone in and around the Navajo Nation knows the FBI and our partners are looking for answers regarding these unsolved homicide and missing person cases,” Fisher said.

More posters in Navajo are expected as additional cases are identified.

Information can also be sent online by going to tips.fbi.gov.

The posters can be viewed online at www.fbi.gov/contact-us/field-offices/albuquerque/news/press-releases/fbi-seeks-publics-assistance-in-homicide-and-missing-person-investigations-in-navajo-nation