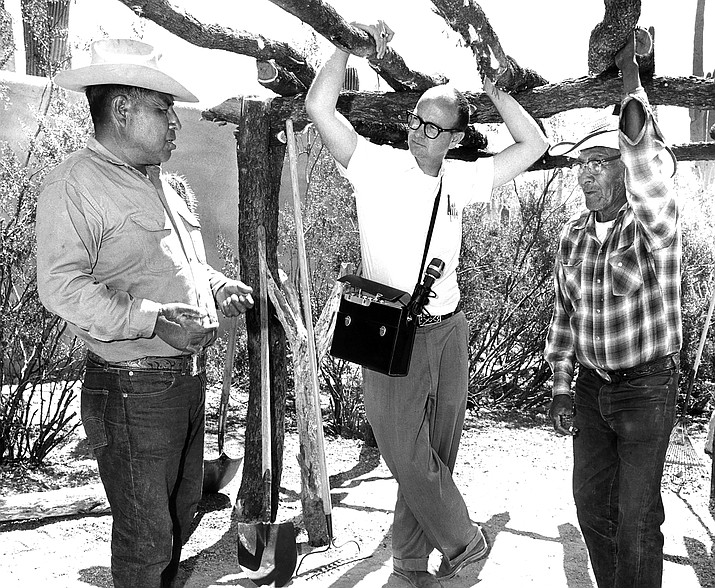 The Association of Tribal Archives, Libraries and Museums (ATALM) will receive 300,000 over two years to serve as the national coordinator for the project and will create a website that will serve as a central hub where visitors can access the archive materials.

Seven universities have received a collective total of $1.359 million from the Doris Duke Charitable Foundation funding over two years to digitize, translate and index recordings and material for 150 Indigenous cultures.

The money will also go toward improving the collections access and usefulness to Native communities, tribal colleges and the public; expand the collections to include contemporary voices and develop related curriculums and educational

resources for students and visitors.

Lola Adedokun, program director for child-wellbeing at the Doris Duke Charitable Foundation, said the history of the project comes from Doris Duke herself, who saw the need to capture Native American stories.

“It was also at a time when in the 60s there was a heightened climate of, much like today, a lot of differences and othering and separation, and she just really… identified Native Americans as a subset of many communities that needed to be recognized,” Adedokun said.

The original project started in 1966 when Duke awarded grants to universities to collect oral histories from Native leaders and culture bearers around the country and to return those stories to the tribes and communities that provided them.

Those interviewed were asked to reflect on their experiences living on reservations and attending Native schools and for their knowledge on Native traditions. By 2010, more than 6,500 recordings were collected and archived at participating universities.

“We reached out to all the universities and all the curators and they were incredibly enthusiastic," Adedokun said. "They had done a lot of maintenance on their own even though there was many years between our investment. We were really pleased to see that."

Adedokun said it is time to honor Duke’s vision and the time, in a moment that feels a lot like the same civil unrest of the 1960s.

“To honor those who came before us — that’s what we’re doing,” she said. “We’re really thrilled to be able to liberate the dollars of Dorris Duke to direct toward those who deserve it the most but also to really activate young people who are a huge part of the visibility movement and engage them more during this process.”

COVID-19 has meant that many of the culture bearers in Native American communities are passing away. Something that is at the forefront of the project in investing in making sure those oral histories are not lost.

“The Native oral history collections housed at the universities represent a rich repository of the diverse lived experiences and cultural traditions of Native peoples across the country as told in their own voices,” Adedokun said. “We recognize the importance, both in providing Native communities with a continuing connection to elders and longstanding traditions, and as educational resources and authentic representations of Native American history for us all.”

Adedokun said the foundation also recognizes the importance of language in connecting people and communities.

“We are big believers in self-determination,” Adedokun said, adding that some of the funding goes to translating the languages into English, where possible.

The universities partner with local tribes to identify what should be translated and how.

“We are always holding the universities to account to ensure there are authentic partnerships with tribes as they do the translation, transcription and digitization to ensure it is really accessible and that it really does reflect the values and traditions of the communities,” Adedokun said.

While right now the collections are only at specific universities, Adedkun said she hopes the project can gain more funding from both public and private entities that can build the project to include more universities and take it beyond what Duke envisioned.

“One of the big goals is that there will be one large, interconnected active database of oral histories collected across the country as well as Mexico, Canada…as a resource,” Adedokun. “The other big goal, which sound small but really isn’t, is we want to activate real energy in tribal communities on tribal lands that really centers around this oral history — a collection of storytelling.”

Adedokun said the foundation is honored and humbled to be able to make the investment stressing that it is not about the funding or the foundation, it is really about the recognition of the history.

“It’s gratitude for the willingness of elders to share those stories that are so personal,” Adedokun said. “We are big believers in collaboration. Where we’ve made an investment, I strongly encourage the tribal colleges to knock at the doors of the university and show themselves and make themselves available and hold those universities to account. Our purview is with the tribes and that is what we honor the most.”

More information about the project is available at www.ddcf.org.