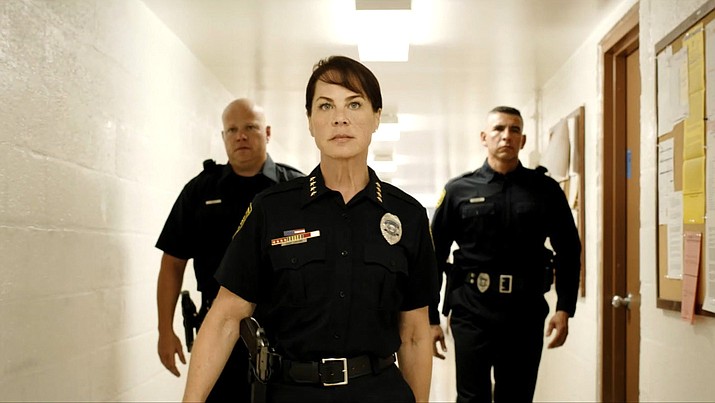 On March 26, cinematic lights will shine through the often-opaque windows of immigration and law enforcement, and illuminate the role of journalistic integrity in a new motion picture filmed in Arizona and made possible by local funding.

Spiked is a dramatic story rooted in the injustices that immigrant workers experience along the U.S./Mexico border.

“Spiked follows the personal stories of characters along the border and how their lives collide when they attempt to fight for justice,” Vera explained. “I was inspired to write and direct this project after hearing real-life stories of immigrants suffering abuse of power from law enforcement agencies some 20 years ago and incredibly moved by how relevant these stories are today as immigrant families continue to grapple with inhuman and unjust treatment.”

The story follows John Wilson, a newspaper publisher in a small U.S./Mexico border town who denounces the abuse of power by local law enforcement. Wilson has been at it for years and has made more than a few enemies and stepped on more than a few toes. Following the killing of an immigrant worker, an incident that the police are unwilling to do anything about, the newspaper publisher and his team take on the plight of the family and of the community to find those responsible and bring them to justice. At every turn, his efforts are thwarted by an uncooperative police chief who seems to have her own agenda. Matters escalate when John succumbs to a mysterious illness that threatens his life and his investigation. 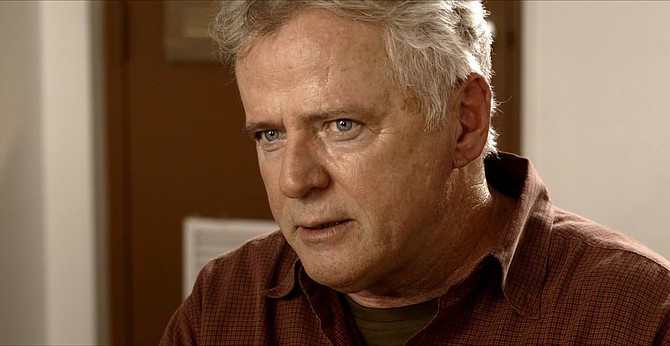 “What I would love people to know is that even though this story is based on events that happened 20 years ago, it’s still very relevant today,” Vera said. “From police brutality to the border issues that the film portrays, similar things keep happening and I think at the end of the day one of the movie’s messages is that we, as citizens, have to keep a check on law enforcement and be responsible for what happens to the people in our communities.”

The film’s award-winning producer, Per Melita (Tesla, Experimenter, Stephen King’s A Good Marriage), said he was compelled by Spiked because of its blend of drama, comedy and crime thriller that work together in an interesting and unusual way in support of the story’s overarching themes.

“By fictionalizing events and using dark, at times even absurdist, humor, Spiked in my opinion succeeds in drawing a unique picture of events that, unfortunately, are otherwise still far too commonplace in the world today,” Melita told the Observer. “This would not have been possible without Kathryn J. Schubert (the film’s editor), Hernan Toro and Will Jobe (the film’s directors of photography), and Kubilay Uner (the film’s composer) whose unique artistic talents and insights were an invaluable and significant contribution in bringing Juan Martinez Vera’s vision of Spiked to life.”

In his score for the film, Uner (Force of Nature, Big Sur, Gone Are the Days) incorporates local instruments associated with border towns and their rich heritage.

“The music really captures the tone of the film,” Vera said. “It’s not overly dramatic and complements the lighter, comedic moments as well as the moments of mystery and drama.”

Shared message for a shared community

Vera explained that while the movie addresses important issues of justice and equality, it’s not excessively heavy and plays well for a broad range of viewers. “It has light-hearted moments, which makes it both fun and informative for families.” 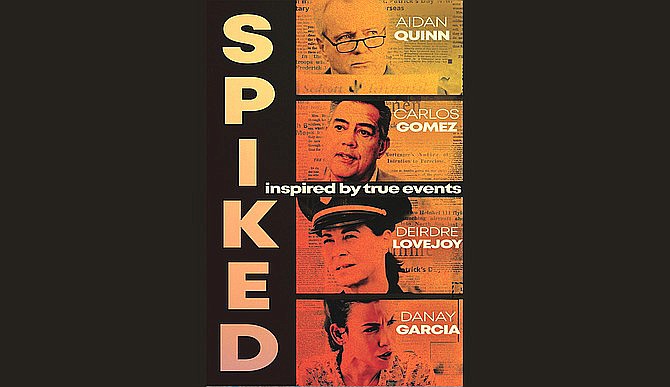 And Vera hopes families and individuals will capture the message of the film and embrace its call to action.

“One of the things that I hope this film does is to inspire people to voice their concerns against abuse that can happen in law enforcement, and not be afraid,” Vera said.

It’s Vera’s desire that the storytelling talents of the actors bringing his screenplay to life will encourage people to courageously speak up about issues that negatively affect them and their friends and neighbors in their communities.

“This is a story about members of a community coming together and taking a stand to resolve issues of injustice,” Vera said. “This kind of change can’t happen unless people leave behind prejudices and start working together.

“When tragedy impacts our community, we must leave behind our often-misconceived preconceptions about people, and act to uphold our American value of the promised pursuit of happiness and equal justice for all.”