Arizona virus hospitalizations below half of pandemic peak 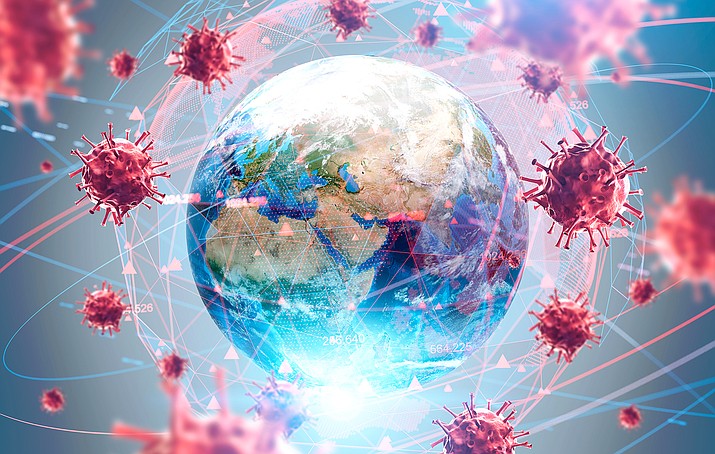 PHOENIX (AP) — Arizona reported 200 additional coronavirus deaths Feb. 11 as the number of hospitalized COVID-19 patients fell below half of the pandemic high from a month ago during the height of the fall and winter surge.

There were 2,507 COVID-19 patients occupying inpatient beds in Arizona as of Wednesday, down from the pandemic high of 5,082 on Jan. 11, according to the state's coronavirus dashboard.

The Department of Health Services reported 1,861 additional confirmed COVID-19 cases as the pandemic totals increased to 791,106 cases and 14,662 deaths.

In another development, the state's most populous county, Maricopa, announced Thursday it was expanding vaccination eligibility at county sites to adults 65 and older, lowering the age range from 75 and older.

Along with fewer hospitalizations, reported numbers of new COVID-19 cases and deaths in Arizona have been declining.

Arizona for much of January had the highest COVID-19 diagnosis rate among U.S. states. It had the fifth-worst rate for Feb. 3-10, behind South Carolina, Oklahoma, Arkansas and New York.

With the number of COVID-19 patients dropping, the state's largest hospital chain, Phoenix-based Banner Health, said Wednesday it was loosening its criteria for elective surgeries and performing more such procedures that had been delayed in recent months due to the surge.

"Hospitals can still make decisions locally regarding which elective surgeries they will proceed with based on local resources and capacity," Banner said in a statement.

However, Banner said the number of fatalities continued to keep its hospital morgues nearly full and that it continued to use at least one of two refrigerated trucks to temporarily store bodies.

Banner also said it continued to use contract workers to augment its hospitals' staffs and that no-visitor policies remained in effect with few exceptions.

The Maricopa County Public Health Department said it expanded eligibility because at least 44% of people age 75 and older had received at least one dose and because a federal program about to begin will provide vaccines to 182 pharmacies in the county.

"The data shows that our decision to provide older adults a little extra time to access vaccine has proven successful and the timing is now right to invite our residents 65 and older to step up and get vaccinated," said Marcy Flanagan, the department's director.