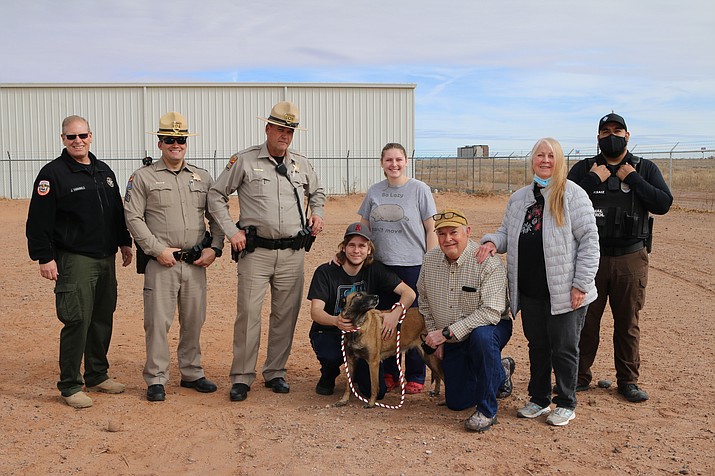 HOLBROOK, Ariz. — A retired K-9 has been found after it ran from a single-vehicle accident in which its owner was found deceased. 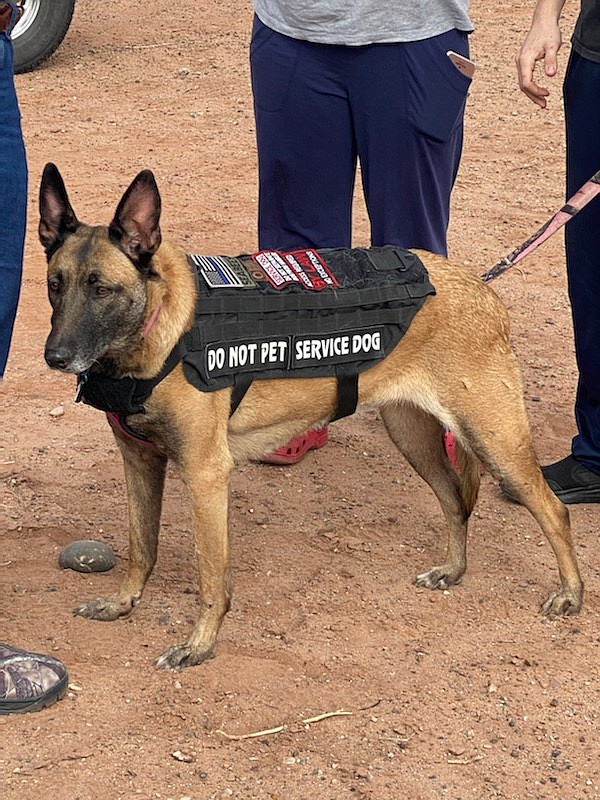 The owner of the retired K-9, Nushka, died on scene.

However, the five-year-old female Belgian Malinois ran from the scene. Arizona Department of Public Safety Troopers (DPS) along with Navajo County Sheriff’s Office Deputies attempts to locate Nushka were unsuccessful.

At the request of DPS, Navajo County Sheriff’s Office put out an attempt to locate for the K-9 on the sheriff’s office social media page.

In the 19 days Nushka was missing, there were a few sightings and tracks were located. The region also experienced a large winter storm that passed through the area where Nushka had been seen.

Fearing the health and safety of Nushka, Gail Johnston of Heber, Arizona decided to assist HARTT as needed.

Around 10 a.m. on Jan. 30, Brent, a volunteer from HARTT met with Johnston to set a trap with food, water and a camera.

At 12:42 p.m., Brent’s phone notified him of movement in the trap, which turned out to be Nushka. The family was notified and a place at the Holbrook Animal Shelter was made available for Nushka to stay temporarily.

On Feb. 2, Nushka was reunited with her family.

“I am thankful for the countless miles and dedicated time HARTT provided to save Nushka. This was an amazing outcome for all those involved including Nushka,” said Navajo County Sheriff David Clouse. “Thank you to the selfless volunteers who were able to reunite Nushka and her family.”