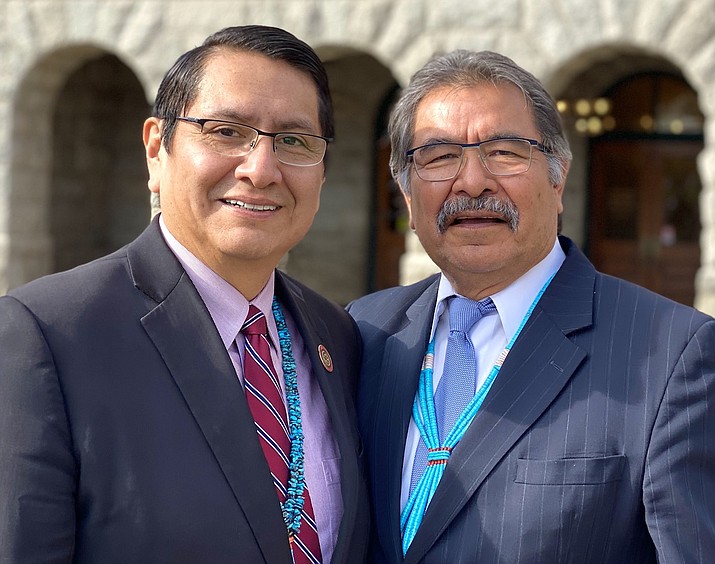 “The Navajo Nation prays for the family and relatives of our leader, Hon. Albert Hale. As a former president of the Navajo Nation, he is remembered for his service and dedication to the Navajo people, which continued beyond the borders of the Nation when he was called to represent our district in the Arizona Legislature,” said Navajo Nation Speaker Seth Damon. “We recognize his positive contributions to the development of numerous initiatives that have advanced the causes of Navajo people both at home and abroad.”

In a statement, the Hale family expressed their appreciation for the outpouring of prayers and condolences.

“The Navajo Nation knew him as Ahbihay but we knew him as a loving and supportive dad and husband. He deeply cared for our Diné Nation and people. His contributions were immense and we know that his work as a leader and lawyer impacted so many lives. We will carry on and honor his legacy as a leader and traditional man,” the statement read.

On Feb. 2, Navajo Nation President Jonathan Nez and Vice President Myron Lizer issued a proclamation calling for all flags on the Navajo Nation to be flown at half-staff beginning Feb. 3 through Feb. 6 in honor and memory of Hale.

“Throughout his service to the Navajo Nation, he helped our people in many ways by helping to secure water rights in the state of New Mexico, advocating for the remediation of uranium mine sites and mine workers, securing critical funding at the state level, and for his outspoken advocacy for people of all backgrounds and nationalities. We ask all of our Diné people to join us in honoring former President Hale and to offer prayers for his family,” Nez said.

Hale was remembered for his term as chair of the Navajo Nation Water Rights Commission at the time of the negotiation of the San Juan River Basin Water Right Settlement Agreement. That agreement went on to be ratified by Congress after it was signed in 2005.

In 2004, Hale was appointed to serve the remaining term of an Arizona State Senate seat by former Governor Janet Napolitano. That seat was previously held by Jack Jackson, Sr. He served in the state senate until 2011.

From 2011 to 2017, Hale was elected to serve in the Arizona State House of Representatives.