Sen. Mark Kelly said one goal is to work with tribes in Arizona on COVID-19 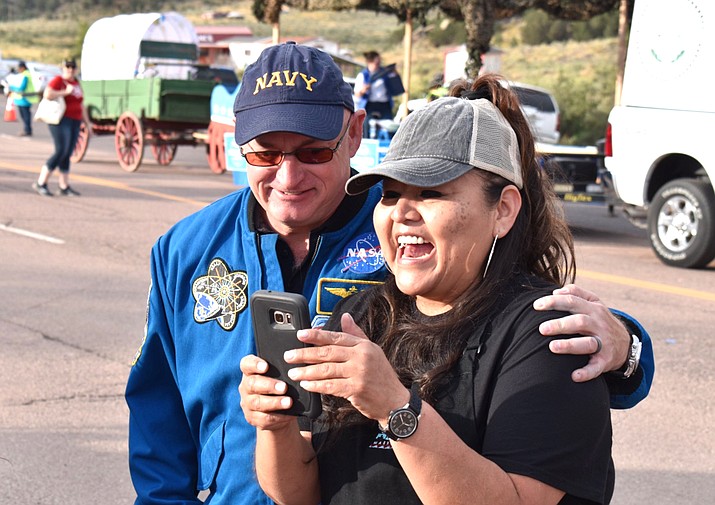 Now that he is elected, Kelly said he will continue to work with tribes to address problems with the pandemic, which remains, by far, a top priority on Arizona’s reservations.

Before the election, Kelly met with Navajo Nation President Jonathan Nez and Hopi Chairman Timothy Nuvangyaoma several times to discuss the spread of pandemic on Arizona reservations and what the federal government was doing to help.

“Our tribal communities on Navajo and Hopi were hit hard. It took a while to get help from the federal government and then it was held up in the courts. So, the question is: How can be do better?” Kelly said.

“Early on, I decided I wanted to be a senator for all of Arizona. This meant going to every corner of every tribal community,” he said.

“I started to reach out to the tribes to understand the challenges. Different tribes have different needs,” Kelly said.

During his time in office, Kelly said he wants to push for the cleanup of more than 500 uranium mines on the Navajo Nation that need to re-mediation. 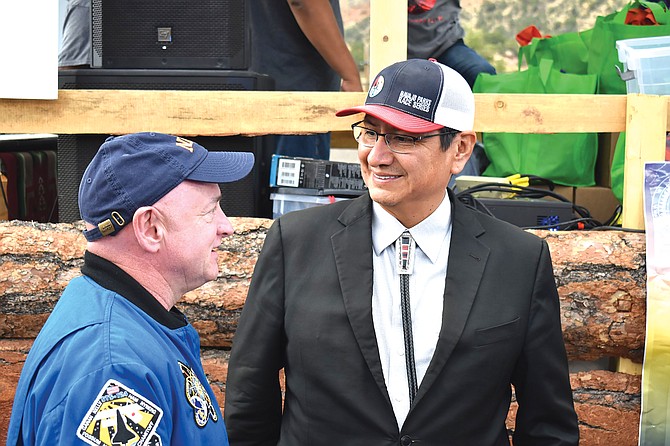 Sen. Mark Kelly is welcomed to the Navajo Nation in 2019 by President Jonathan Nez. (Photo/Office of Mark Kelly)

“We are looking into what needs to be done. This has impacted the health of Navajos for too long,” Kelly said.

Kelly said while work is done cleaning up those mines, more uranium mines should not open. He said prohibiting mines in other places like the Grand Canyon remains a priority.

“We need to make sure that we have policies in places to stop contamination,” he said.

Kelly said while his office has not crunched any numbers about the impact Native Americans had on his election, he felt good about establishing relationships with tribes.

“I feel pretty good about the support we got from tribal communities and it played a big role in my election,” he said.

Kelly said at one point the Navajo Nation had the highest coronavirus infection rate in the state and in the U.S.

“It comes down to health care, broadband and basic services,” he said.

Kelly said the CARES Act fuding will help tribes, especially Navajo, where the needs are significant.

Kelly is part of a bipartisan group in the U.S. Senate that includes eight Democrats and eight Republicans working on plans to help cities, towns, states and tribes with COVID-19 issues. He hopes the funding helps with vaccination measures for tribal members. He said at one point it was a supply problem, but now it is more of a distribution problem for those who want vaccinations.

“I will advocate for direct funding to tribes, especially those who have been hit particularly hard,” Kelly said.

Kelly emphasized that COVID-19 is the number one issue on reservations right now, which pushes back other priorities.

“This will take time, effort and planning,” he said.

According to Kelly, funding has been approved and now it is a question of how cable or dishes can deliver internet to reservation homes. He said this would mean better access for kids to receive education and better access to health care.

“They need all the things that improve a community,” he said.

Kelly said he has not taken a position on the proposed copper mine at Oak Flats near the San Carlos Reservation. He has spoken with the chairman of San Carlos Apache Terry Rambler, other tribal members and the mayor of Superior about the proposed mine.

The Environmental Impact Statement for the proposed mine was released last month.

“I want to work with all the stakeholders. I want the comment period to be transparent. I’m learning as much as I can about the issue,” he said.

Kelly praised the selection of Rep. Debra Haaland (D- NM) as the first Native American to be selected as Secretary of the Interior. He said Haaland is a good choice as is very talented.

“She is a smart woman who can do a fine job,” he said. “Gabby (his wife and former ongresswoman) and I met her when she was running for Congress in New Mexico.”

“We want to make sure that they want it (federal posts). If they were I would be a strong advocate for them,” Kelly said.