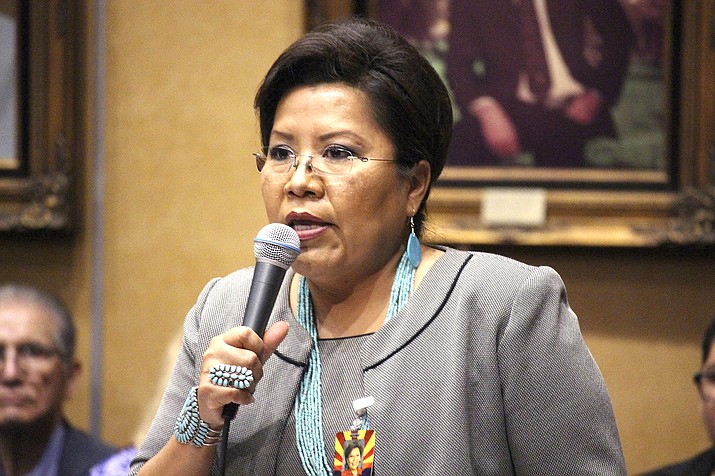 “I will begin work at the federal level in the new year and will be more impactful for all of the western United States,” Peshlakai, a Democrat, said in her resignation letter dated Dec. 22.

Peshlakai, who was the state’s first Native American woman senator, resigned while midway through her third two-year term in the state Senate. She previously served in the state House. Her district includes much of northern and eastern Arizona, including the Navajo Nation.

She will now work under Secretary Deb Haaland’s department. Haaland made history this year as the first Native American to serve as a cabinet secretary.