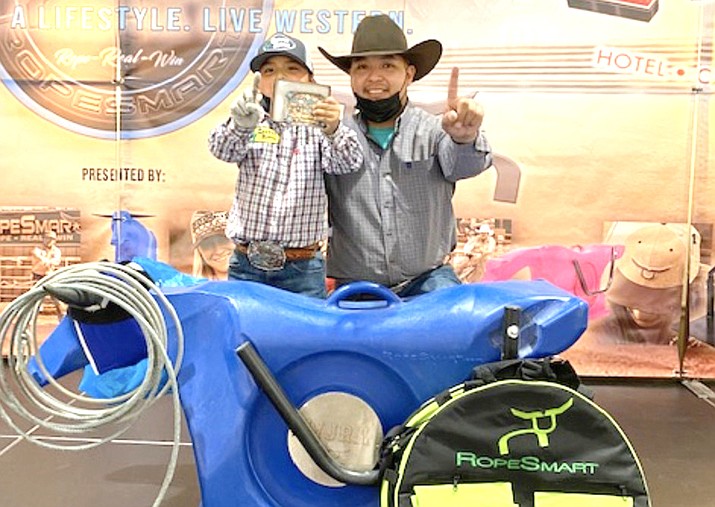 Klay Tohsonii and his father Nicholas Benward attend the 2021 NFR in Las Vegas, Nevada Dec. 9. (Photos courtesy of the Office of the Navajo Nation President and Vice President)

The competitions are the world’s largest six and under competition, with many young athletes from around the world competing. 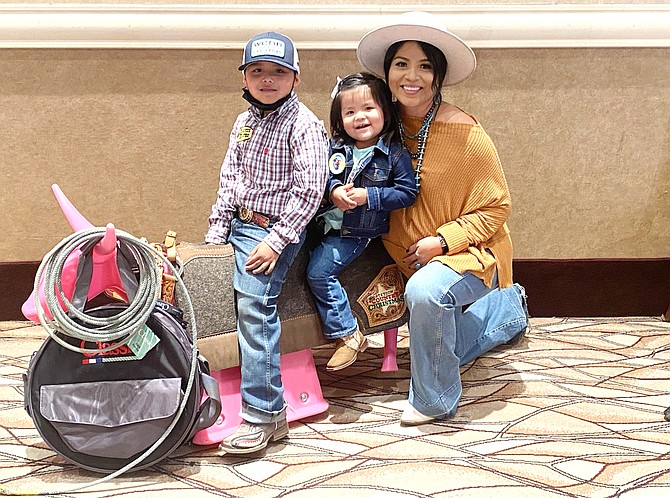 Klay and his mother Chassity Benward with the rope, roping bag and roping dummy Klay won. (Photos courtesy of the Office of the Navajo Nation President and Vice President)

Klay started the competition from a one-foot distance to rope the dummy and gradually increased his distance. Klay roped at a 15-foot distance to win the world championship title during the NFR in Las Vegas, Nevada. Klay was awarded a horse bridal and collar, a saddle pad, a rope bag by Classic and a pink smarty dummy, and a personalized trophy buckle.

During the 2021 Rope Smart Competition, Klay roped at a 12-foot distance to win the world championship title Dec. 11. He was awarded a rope bag, ropes, gift certificates, a blue dummy, a world championship saddle and custom buckle.

“On behalf of the President and Vice President Office, we are proud of Klay and his accomplishments. We continue to pray for continued success,” the office stated.