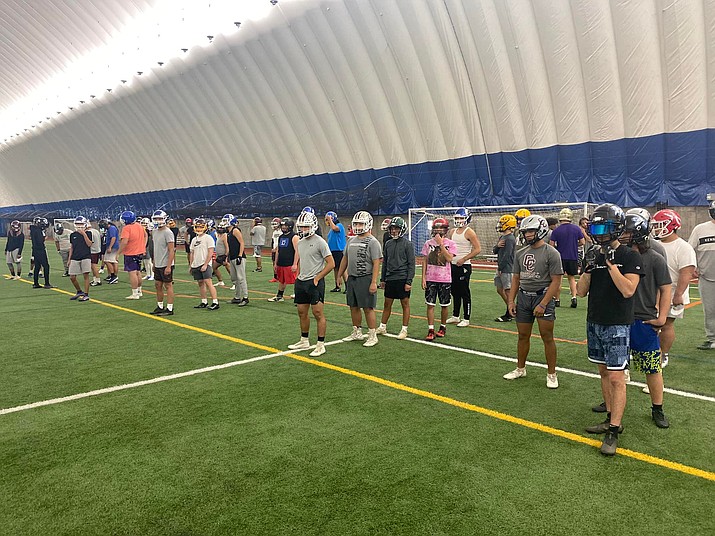 Xander Mitchell and Tryrin Mann from Tuba City High School, and Carlton Timms from Winslow High School were selected to play in the game.

The players were selected along with 60 other Indigenous players from around the country based on their academic standings and their athletic skills.

This year’s Indigenous Bowl will be the fourth time the game has taken place, last year’s game had to be canceled because of COVID. The inaugural game was played in 2017.

“The 7G Foundation is excited to partner with the Minnesota Vikings and the NFL to create new opportunities for Native athletes and to inspire them to build a better tomorrow,” Said 7G Foundation Board Member Michael Stopp. “This partnership will provide avenues for young Natives to pursue their goals and showcase their talents on and off the field.”

The NFL and 7G have agreed to partner on two All-Star, All-Indigenous football bowls in 2021 and 2022. The Vikings host the first bowl on Dec. 5, at the U.S. Bank Stadium in Minneapolis. The second bowl will take place in June 2022, with host and location yet to be determined.

“The game of football provides important life skills of teamwork, leadership, and hard work that will benefit these young men for years to come,” said Brian McCarthy, NFL Vice President of Communications. “Working with the 7G Foundation to build upon these values, the 2021 Indigenous Bowl will provide an opportunity for these players to showcase their skills as they become the next generation of Native American leaders.”

The Indigenous Bowl is open to high school seniors who are citizens of an American Indian tribe. Applications are accepted through November 1 each year, at www.indigenousbowl.com.