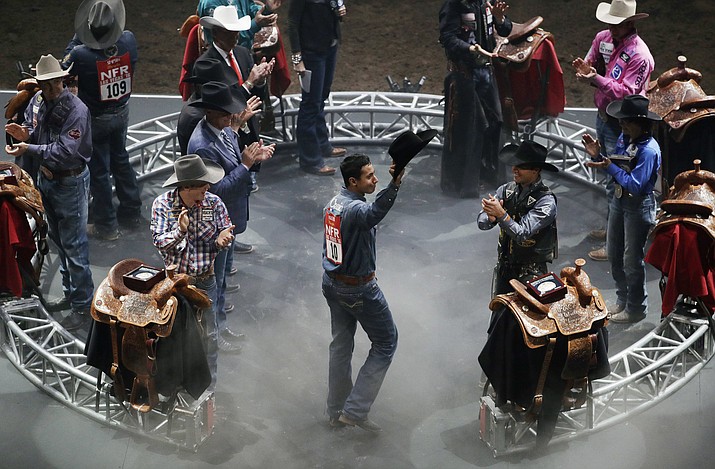 All-around champion Junior Nogueira tips his hat to the crowd during the final night of the National Finals Rodeo, Dec. 10, 2016, in Las Vegas. The 2021 event takes place Dec. 2-11 at the Thomas & Mack Center in Las Vegas. (AP Photo/John Locher)

Team ropers Derrick Begay and Erich Rogers along with breakaway roper Danielle Lowman will compete throughout the week for titles.

Rogers is an 11-time NFR qualifier and 2017 world champion. Originally from Round Rock, Arizona, Rogers is starting the 2021 NFR in 2nd place.

In December 2020, Rogers and his partner, Paden Bray, won the WNFR championship.

Rogers not only got married last year, but also won the American Rodeo, earning $100,000.

According to Wrangler Network, Rogers is proud of his Navajo heritage and he recently competed at the Indian National Finals Rodeo where he won the all-around and team roping titles.

Begay is a nine-time Wrangler NFR qualifier. He last competed at the NFR in 2018 and started the 2021 NFR ranked 11th in the world. 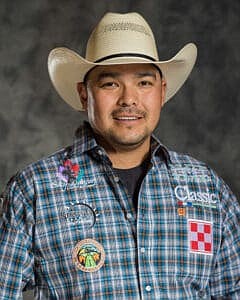 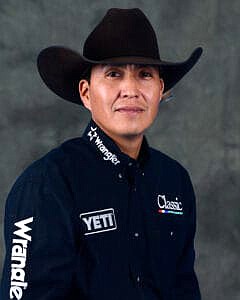 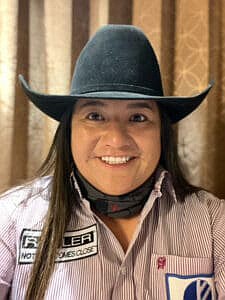 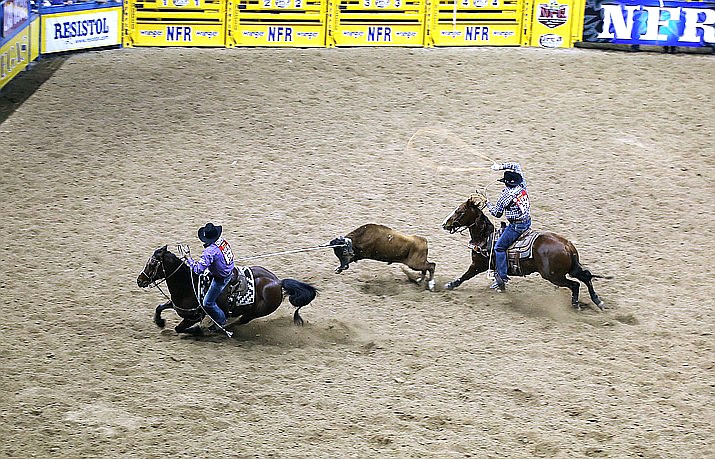 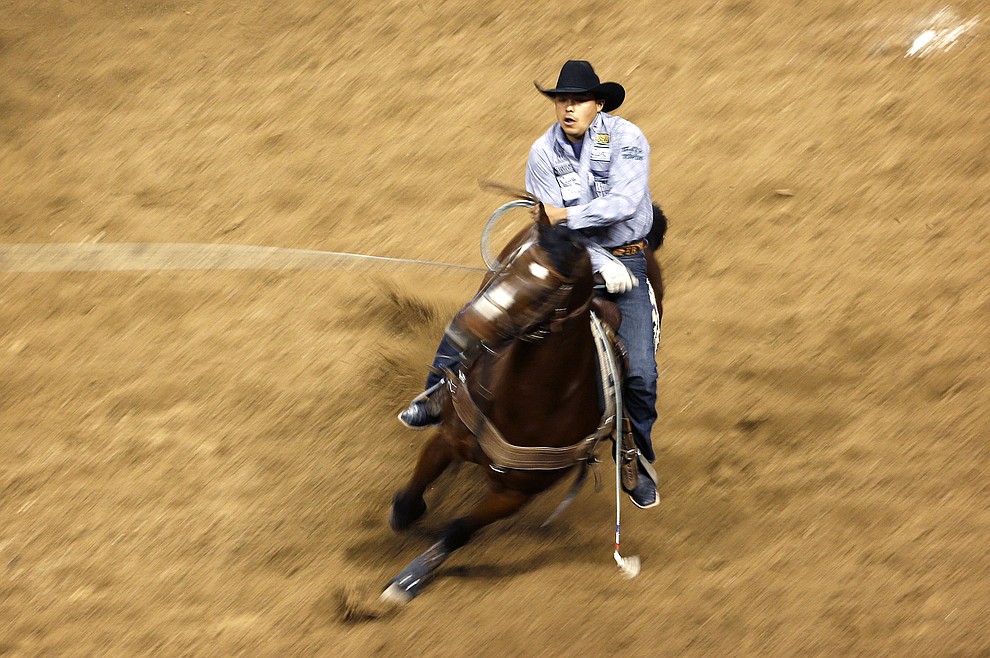 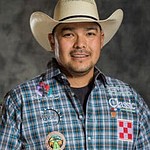 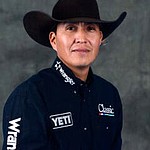 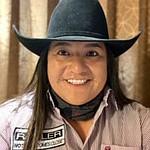 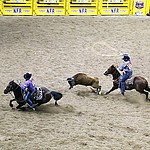 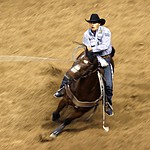 Begay is from Seba Dalkai, Arizona, and will be roping with Brady Minor after his roping partner, Cory Petska, missed NFR qualifications

According to Wrangler Network, Begay said he will never completely quit rodeo because he loves everything about it. Begay also works at PBR events escorting bulls from the arena.

“Derrick is a true cowboy in every sense of the word,” the network reported. “He rides horses ... builds equipment, fixes fences, and catches wild cattle.”

Begay and his fiancée Justine Doka have a two-year-old daughter Brindle Mae.”

Lowman is from Gilbert, Arizona. This is her first time competing at the NFR. She started the 2021 NFR in 8th place in breakaway roping.

According to Wrangler Network, Lowman didn’t start competing in the breakaway until she was in college, however, she has always been around horses and started team roping when she was 10.

“Growing up on the NAvajo Nation taught Lowman the value of hard work and always striving to be better,” the network reported. “Rodeo is a big part of her Native American culture as are horses, cattle, and goats.”

Lowman has qualified for the INFR five times, where she was recently named the winner in breakaway roping.

In 2019, the event had a total attendance of 168,289 over the 10 days of competition at the Thomas & Mack Center and has sold out more than 330 consecutive performances in Las Vegas.

Over the course of ten days, contestants compete for top place in each event. On the final day of the rodeo, top competitors go for the final round in their event to determine who will be named world champions. The final round of the 2021 NFR takes place Dec. 11.

In addition to rodeo, the NFR features Cowboy Christmas, which offers more than 500,000 square feet of show floor and more than 350 exhibitors from across the United States.

More information on the Wrangler NFR and Cowboy Christmas is available at NFRexperience.com or through social media at /LasVegasNFR and use #WranglerNFR.